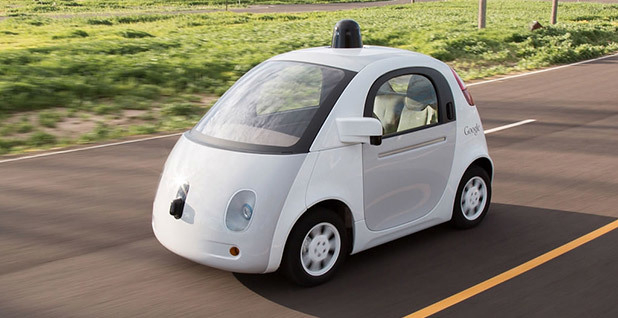 In 2010, a two-year probe by the National Highway Traffic Safety Administration found "sticky" pedals were behind the deadly unintended acceleration of Toyota Camrys and forced a recall of 8 million cars.

But consumers insisted the cars’ electronics were responsible. So the agency turned to NASA.

"NASA handles massive amounts of software code, and they basically have a department that deals with failure mode analysis, like what happens when space shuttles crash and explode," then-NHTSA Administrator David Strickland explained. "That was the very capacity we needed to figure out whether there was an electronics problem with the Toyota which led to widespread, unintended, rapid acceleration."

Although NASA ultimately agreed with NHTSA’s findings, safety watchdogs faulted the Department of Transportation agency for needing outside help.

Since then, automotive electronics have become more complicated. And with automakers moving toward selling cars driven by computers, safety advocates say NHTSA is more likely now to find itself without the expertise needed to understand more sophisticated vehicles.

They are urging a makeover for NHTSA, which was created in 1970 to set vehicle safety standards and investigate reports of unsafe vehicle trends.

Are NHTSA and its 600 employees prepared for the 21st century? Deborah Hersman, president of the National Safety Council and former chairwoman of the National Transportation Safety Board, is among those calling for change. NHTSA, she said, must "focus its resources on understanding coding rather than the carburetor."

A review of the NASA and NHTSA Toyota investigations by the Transportation Research Board found it "troubling that the concerns associated with unintended acceleration evolved into questions about electronics safety that NHTSA could not answer convincingly."

The agency’s struggle to investigate what were then "simple and mature technologies," the board said, was a harbinger of trouble for NHTSA.

Not much has changed since then, according to a February 2016 report by the Government Accountability Office criticizing NHTSA for not understanding new technologies.

"One stakeholder stated that new agency staff expertise is needed to keep up with rapidly evolving automotive technology," the report says.

Staffers in the Office of Defects Investigation, one stakeholder told GAO, "are good at identifying mechanical problems such as broken axles but not as strong at identifying problems associated with electronics systems."

The report found that while NHTSA had tried to boost its expertise in electronics since 2010 with employee training plans and a new team focusing on electronics and emerging technologies, "NHTSA needs increased funding to fulfill its mission."

Indeed, funding for NHTSA’s Office of Vehicle Safety Research, which is responsible for researching new technologies and investigating potential defects with deployed cars, has not significantly increased in the past five years.

A workforce assessment conducted by the agency after the 2010 Toyota case found that it should increase its workforce by about a third, but funding for vehicle safety research has grown modestly, going from $140.4 million in fiscal 2010 to $152.8 million in 2016.

Safety advocates like Laura MacCleery of Consumer Reports say the $12 million bump has not been enough to keep up with emerging technologies.

GAO blames Congress for being "hesitant to provide additional resources until management issues are resolved."

‘We will need more knowledge’

A 2016 report from DOT’s Office of Inspector General found that the $170 that NHTSA spends training each employee of the Office of Defects Investigation is far below what comparable agencies spend.

The National Transportation Safety Board, for example, spends $4,500 per employee for training.

NHTSA has continued to ask Congress for more funding. The agency requested $250 million for vehicle safety research in fiscal 2017, plus an additional $4 billion over the next 10 years to research self-driving car technology.

That $250 million would include funding to quadruple the number of employees on the Vehicle Electronics and Emerging Technologies Team, which currently includes only five people.

"It is critical that funds for additional staff accompany increases in research funding," the agency’s request says.

NHTSA spokesman Bryan Thomas said that while the agency has the resources and expertise to understand and investigate technology currently on the roads, it will need more staffing as self-driving cars come closer to deployment.

"We have an excellent team right now, and our team is up to the task, but this challenge will grow over time as more products are brought to bear," he said. "We will need more bodies. We will need more knowledge."

That need was outlined in NHTSA’s autonomous vehicle guidelines released this fall, with the agency asking not just for more funding but also for the power to hire people more quickly and pay more to compete with the private sector.

"NHTSA needs to be able to build quickly a cadre of in-house experts in cutting edge science, technology, engineering and mathematics," the agency wrote.

Strickland, who now works for the self-driving car industry, agreed.

While NHTSA’s dearth of expertise is one challenge, the 2016 GAO report also found another key problem with the agency: Investigators are "tentative" with automakers.

The report questions "whether a fundamental change in agency culture is needed."

Safety advocates say the answer is yes, especially when it comes to cars being able to drive themselves.

They point to the agency’s handling of automatic emergency braking (AEB) as an example of how, even with appropriate resources, the agency could still fail to properly regulate automakers and self-driving cars.

Last May, NHTSA came to an agreement with 20 automakers that committed to making AEB standard on most car models by 2022.

The commitment defines AEB to include two specific technologies: forward collision warning, to tell drivers when they are about to hit a car, and crash imminent braking, which allows the car to stop on its own if the driver fails to do so.

The agreement doesn’t include dynamic brake support, which would ensure that a vehicle stops if a driver hits the brakes but without enough pressure to significantly decrease speed. That technology is one of three that safety advocates had petitioned NHTSA in January 2016 to include in an AEB regulation.

The agreement doesn’t standardize AEB systems that would stop a vehicle. Instead, automakers committed to AEB that would decrease vehicles’ speed by 10 mph when traveling at 24 mph or slower.

In a letter to the agency this spring, the leaders of Consumer Watchdog, the Center for Auto Safety and Public Citizen note that many automakers already offer cars with stronger AEB systems. For example, many Honda 2016 models with AEB can come to a complete stop from 40 mph to avoid a collision.

"We were surprised that the agency decided to do this on a voluntary basis rather than requiring it, because when you make it a voluntary commitment, all of the automakers move to protect the least-able company," said former NHTSA Administrator Joan Claybrook, who served under President Carter and is president emeritus of Public Citizen.

NHTSA’s Thomas says the AEB agreement means the technology will become standard on vehicles three years earlier than it would be if the agency undertook a lengthy rulemaking process.

But Claybrook says she sees parallels in NHTSA’s reluctance to regulate AEB and its vows to remain "nimble and flexible" when it comes to regulating self-driving cars.

Call for ‘total reboot’ at NHTSA

Consumer Reports‘ MacCleery said the agency has been "far too backward-looking for far too long," only regulating technologies after they have been on the road for years.

"Everything we have seen with defect investigations and standards development shows they need a total reboot at the agency of funding and a much more urgent process behind them," she said.

Claybrook and MacCleery have both knocked NHTSA for only issuing guidelines on autonomous vehicles and waiting to begin a rulemaking on the technology.

At the very least, they say, NHTSA should require automakers to submit safety assessments that are currently only optional.

Nonetheless, Thomas said, the guidelines are an uncommonly proactive step for the agency. He noted that NHTSA usually only collects data about new automotive technologies once they are deployed in cars on the road.

"We don’t want to be in a situation five years from now and being caught flat-footed, so this guidance we are specifically identifying what the agency will need to be doing leading up to that, and that’s something you don’t normally see from us or anyone in the federal government," he said.

"We will need to continue developing expertise and personnel and research dollars so we can stay ahead of the curve and ahead of this technology and not be bashful about it."