Is the anti-pipeline playbook starting to work? 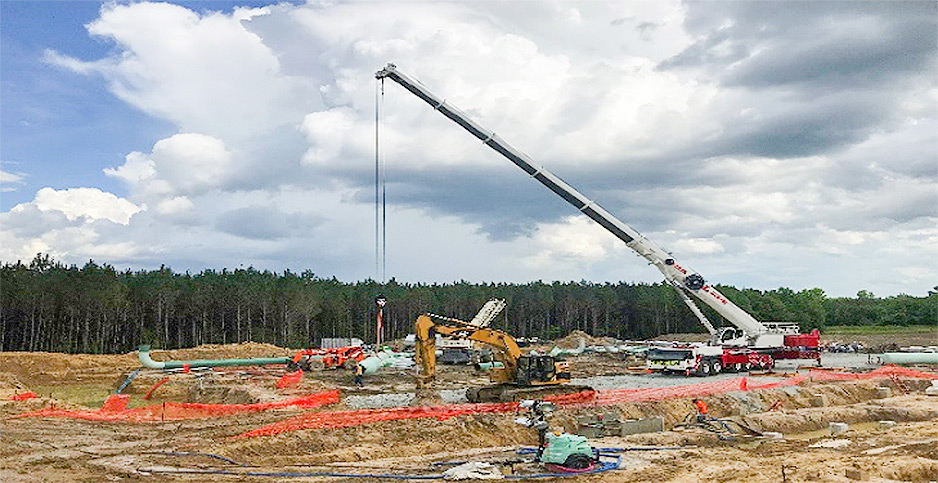 Although they’ve notched some important wins over the years, the scoreboard shows developers and federal regulators overwhelmingly in the lead.

This summer, though, things have started to change. Two critical legal victories over the Atlantic Coast and Mountain Valley pipelines in Appalachia could signal a long-awaited turn of the tide for the tireless anti-pipeline crowd.

"That’s why we do this," Southern Environmental Law Center attorney D.J. Gerken said. "The theory behind organizations like mine is we clarify the law so the government does its job and we don’t have to do it for them."

Gerken argued against the Atlantic Coast pipeline in the 4th U.S. Circuit Court of Appeals earlier this year, securing a major ruling this week that scrapped two federal approvals: a right of way across National Park Service land and a Fish and Wildlife Service assessment of protected species along the project’s 600-mile route.

And just 10 days earlier, environmental groups persuaded the 4th Circuit to scrap two other federal approvals for the 300-mile Mountain Valley proposal: a Bureau of Land Management right of way and a Forest Service approval.

The Federal Energy Regulatory Commission then took the unusual step of suspending construction on Mountain Valley while the other agencies address the permitting deficiencies. Atlantic Coast may face a similar fate (Energywire, Aug. 7).

"It used to be there was never a victory for the opponents to pipeline projects," said longtime pipeline foe Maya van Rossum, head of the Delaware Riverkeeper Network, which was not involved in the recent cases. "We lost at every turn."

"One of the ways the administration can attempt to be responsive to industry is to more quickly grant these more individual permits for various crossings, whether it’s BLM land or forestland or national parks," she said, noting that fast-tracked permitting is easier to implement than formal legislative changes to the process.

"They’re doing it as quickly as they can to be responsive, and they’re cutting a lot of corners, and when you do that in the permitting process, it’s more obvious to a court that you’re doing it."

For Mountain Valley and Atlantic Coast, she said, the approach appears to have backfired for developers.

"That’s the risk," Klass said. "In the short term, ‘Oh, great, we got this permit more quickly than we would have maybe in another administration,’ but then you have a huge setback when it gets challenged in court. So in the long run, maybe it’s not so good."

Energy analyst Rob Rains of Washington Analysis LLC said the legal setbacks for the two pipelines serve as a lesson to the federal agencies to be more careful in their assessments, even as they commit to being efficient.

"They’re trying to provide a balance between performing what is statutorily required and in the public interest, but then also trying to make sure developers are able to hit their deadlines," he said. "That seems to have possibly worked to their disadvantage in this instance.

"We’re learning throughout the growing legal cases that keep piling up here is that there aren’t necessarily shortcuts for these permits," he added.

Gerken, the SELC lawyer, said he hopes the agencies have gotten the message.

"With these particular agencies, some standards have been clarified that they would be not just remiss but foolhardy to not apply," he said.

Rains cautioned, however, that it’s likely NPS, BLM and the other agencies will ultimately reissue the vacated permits.

"Over the last 10 years, we’ve been seeing increasing foundation support for our organization and others," she said. "And I think what we may start to see as a result of these important victories is recognition by these foundation funders, is that not only is this a critically important battlefront … but that strategically investing in litigation is very, very important if one really wants to see change."

While groups have been successful in recent challenges to other federal approvals, they’ve had only sporadic victories over the most powerful permit: the FERC pipeline certificate.

One of those rare wins was last year in a case involving the commission’s climate review for a pipeline. Another was in 2014 in a case dealing with a segmented pipeline review.

"The courts seem willing to stand up to these other agencies when they are so much less inclined to rationally read and apply the law when it comes to FERC," van Rossum said.

Gerken said FERC has managed to duck a lot of challenges through its issuance of tolling orders — an internal review tool that often allows the commission to avoid the courtroom until construction on a pipeline project is well underway. Environmentalists attempted to get early judicial review of FERC’s Atlantic Coast decision, but their case was thrown out as premature in March.

"We feel very strongly that FERC made deep substantive errors in approving the pipeline in the first place," he said. "The difference is these [other] agencies have the same sort of errors, and we were able to get review before the pipeline was built."

SELC and a coalition of groups plan to take FERC to court again as soon as the agency issues a final rehearing decision that the groups can challenge. Similar efforts are moving forward against FERC’s approval of the Mountain Valley pipeline.

Rains, the analyst, warned that the groups will have a tougher time in that round of litigation, as lawsuits against FERC still generally come out in the agency’s favor.

"You are seeing deficiencies in regards to the preliminary and final environmental analyses necessary to get the projects built that I think have provided these temporary reprieves for opponents of the projects," he said.

"But," he added, "I don’t think it necessarily changes the longer-term inevitability that the vast majority of these proposed projects will be constructed."