It’s not just mining. Refining holds U.S. back on minerals 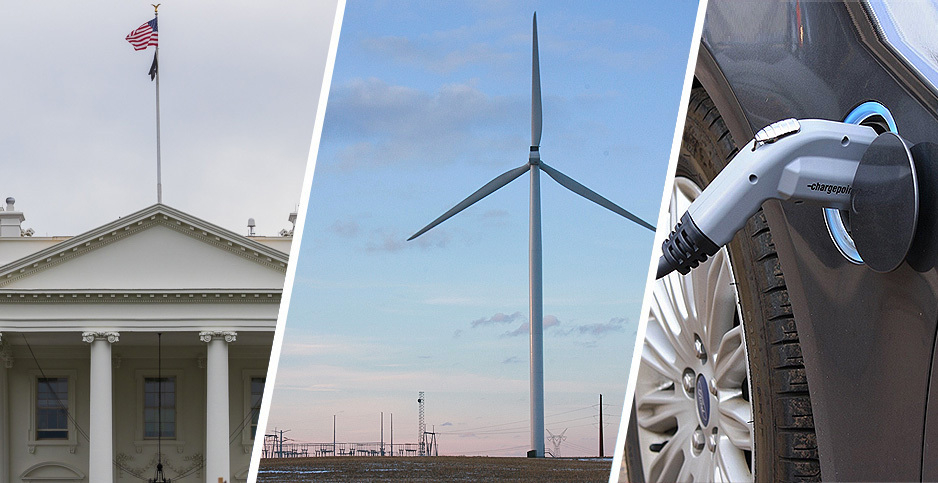 Republicans are sensing a vulnerability in the White House’s avowed allegiance to renewable energy, questioning whether the Biden administration will embrace mining projects to ramp up the United States’ access to the minerals vital to building electric vehicles, wind turbines and solar panels.

They have taken aim at a Biden administration decision to delay a land swap that would facilitate copper mining on sacred Apache land and another to postpone orders to open Alaskan land to mineral development (E&E Daily, April 29).

But experts say mining expansion isn’t a silver bullet in the United States’ quest to become competitive with China on critical minerals during the energy transition. Instead, they argue that the key problem the Biden administration must swiftly address is farther up the supply chain: the dearth of U.S. mineral processing plants and refineries.

“Even if we dig up more minerals here, the majority would have to be shipped abroad for processing,” said Abigail Wulf, director of the Center for Critical Minerals Strategy at Securing America’s Energy Future.

Supply chain weaknesses have captured the White House’s attention, with officials saying one of President Biden’s top priorities will be securing domestic access to the full range of minerals needed to make the United States a significant player in manufacturing technologies that can help combat global warming (Greenwire, June 8).

The White House has maintained that this effort will encourage both mining and processing.

Experts, however, say quickly expanding the United States’ capacity to refine minerals like nickel and lithium could prove more feasible in the short term than opening mines — a prospect that involves a lengthy regulatory approval process and often draws complaints from nearby residents about pollution. That said, people in local communities are also likely to object to new smelters and refineries. The Biden administration, too, could find its environmental justice pledges tested if the facilities encroach on poorer neighborhoods.

China is the unquestioned leader in refining a range of minerals. Controlling the midstream of the supply chain has helped the country become the world’s leading producer of electric vehicles, said Wulf, who previously worked as a senior science communicator at NASA.

“China has been thinking about this in a much more strategic way for much longer than we have,” she said. “They planned a while ago to leapfrog us and conquer the electric vehicle future.”

The country has long been the top miner and processor of rare earth elements, a group of 17 metals, some of which are key components of clean technology. It also dominates with refining lithium and cobalt, both necessary for electric vehicle batteries.

In 1992, former Chinese Communist Party Leader Deng Xiaoping said, “The Middle East has oil, and China has rare earth.” Today, the country controls about 55% of rare earth mining capacity and 85% of rare earth refining, according to a recent White House supply chain review.

China went on to use the last two economic recessions to solidify itself as the top EV maker, a recent report by consulting group Horizon Advisory says.

Beijing saw an opportunity during the Great Recession to snap up international resources while prices were depressed. It targeted subsidies at consumers to build its EV market share and invested in foreign companies, the report says. That’s a playbook China is repeating as world economies rebound from disruptions caused by the COVID-19 pandemic.

Right now, Congo mines 68% of the world’s cobalt. Chinese companies own or invest in at least a dozen major Congolese mines. And nearly 87% of cobalt ore leaving Congo is refined in China.

Australia is the top miner of lithium. But the country, a U.S. ally, exports most of it to China, which accounts for more than 60% of the world’s lithium refining capacity, according to the Horizon Advisory report.

China’s extensive smelting and refining capacity also allows it to recover secondary critical minerals contained in the ore concentrates tapped at mines outside that country, said Michael Moats, a metallurgical engineering professor at Missouri University of Science and Technology.

“Those mineral concentrates are often exported and processed somewhere else,” he said about ore produced at U.S. mines. “The critical minerals that might have been in those concentrates leave the country and are reimported.”

Biden wants to “win the EV market” with federal investments worth billions, which starts with identifying supply chain vulnerabilities that could thwart that plan.

The federal review he ordered in February, released in June by the departments of Energy and Defense, recommended taking similar steps to China’s: Mine domestically, invest in mines abroad and boost refining.

Nickel refining, in particular, could help the United States get a foothold in EV supply chains, the review says, because America sources the mineral from a diverse group of allies.

“If there are opportunities for the U.S. to target one part of the battery supply chain, this would likely be the most critical to provide short- and medium-term supply chain stability,” it says.

Like cobalt and lithium, the United States imports the vast majority of its nickel, itself a vital input for batteries. Just one domestic mine produced nickel last year — the Eagle mine in Michigan, which shipped concentrates abroad for refining.

A trio of mine proposals in Minnesota could boost nickel supply should those projects overcome legal, regulatory and environmental hurdles.

M. Stephen Enders, head of the Colorado School of Mines’ Mining Engineering Department, said it’s unlikely that the United States could ever become a leading nickel producer due to a lack of reserves.

But helping mineral refiners build out could prove a good strategy in the short term, he said, noting that it often takes more than two decades to open a mine after discovering a deposit.

“The time frame is pretty inelastic to bring new mining production up. It’s much easier to bring a processing plant,” said Enders, an advocate of expanded U.S. mining. “We need to remove roadblocks and provide incentives.”

Sen. Joe Manchin, the moderate West Virginia Democrat at the center of infrastructure debates in Congress, has championed both those measures (Energywire, June 11).

In March, uranium mining company Energy Fuels Inc. signed a deal to begin processing rare earths at its mill in Utah, a site that was built in the 1980s to refine uranium (Greenwire, March 3).

The mill, which was a built on top of sacred Native American burial grounds, is described by local activists as a major source of pollution in the Ute Mountain Ute Tribe’s nearby community of White Mesa.

“If the community is low-income, a community of color or a rural community — it’s the path of perceived least resistance for these industries,” she said. “These facilities would never be allowed outside of a country club.”

U.S. mineral processors operate “to the highest global standards for sustainability, environmental protection and human rights,” Moore said, “and that applies to us with our rare earth, vanadium and uranium production.”

The White House holds up the Initiative for Responsible Mining Assurance as a model for the mining industry in its supply chain review. That initiative, which includes mining companies, unions and advocacy groups, creates environmental and human rights principles for the industry.

Last month, it pitched standards for building new mineral processing operations that include getting prior and informed consent from Indigenous communities and obtaining broad public support from local residents (Greenwire, Jan. 25).

“IRMA raises the bar across the globe,” said Aaron Mintzes, senior policy counsel at Earthworks, an IRMA member. But he cautioned that “voluntary standards are no substitute for actual regulations.”

Moats said the combination of high cost of capital in the United States and possible environmental objections makes shipping mineral concentrates overseas an attractive option for mining companies. With that in mind, he emphasized the importance of providing government incentives to overcome financial barriers.

“If I can sell my mineral concentrate at a high percentage of the value of the metal in the mineral concentrate, I’ll do that, and not have to build a smelter,” Moats said. “So I don’t have to expose myself to any of these [environmental] ramifications.”