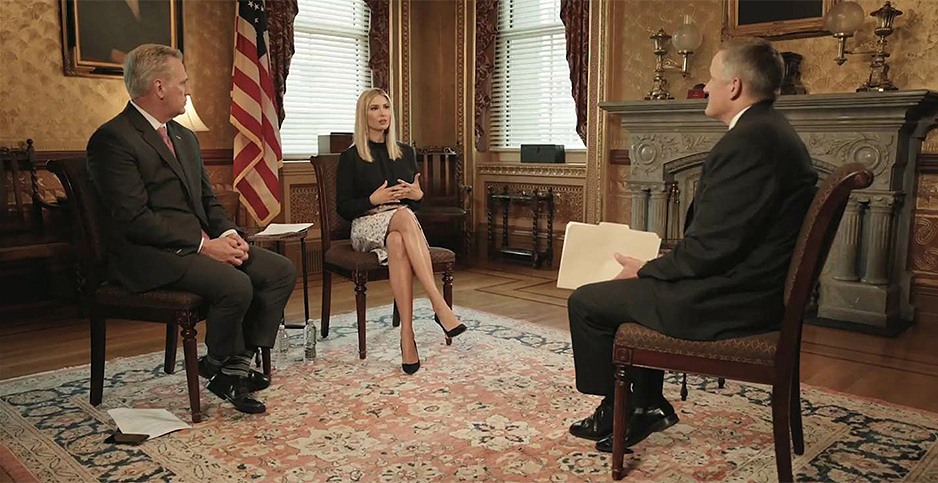 House Republican leaders have struggled to gain congressional traction for their tree-planting initiative, but now they have the support of a high-profile party official with influence inside the White House.

The chat aired this morning as part of the Georgia Forestry Association’s American Forestry Conference, convened this year virtually.

The "Trillion Trees Act," H.R. 5859, was introduced by Westerman and included in the multipart environmental policy platform McCarthy rolled out earlier this year.

Since wood is a proven vehicle for carbon sequestration, the proposal calls for planting 1 trillion trees by 2030 in order to speed up the absorption of carbon from the atmosphere.

To accomplish this objective, the legislation would create tax incentives for companies that use building methods and materials to reduce carbon emissions.

It also would align the United States with an ongoing international initiative to plant a trillion trees around the world through public-private partnerships. The White House in January endorsed the effort and pledged to participate.

Though the House bill has three Democratic co-sponsors, members of the majority party have largely derided this framework, calling it insufficient for dealing with climate change.

In the program that aired today, Trump volunteered an acknowledgement that planting a trillion trees "may not be the total solution" to the climate crisis.

"But," she added, "it certainly takes a huge bite out of the problem," and she called the "Trillion Trees Act" a "beautiful, natural solution to carbon sequestration."

The bulk of the roughly half-hour discussion — filmed in an ornate, carpeted room, with Westerman serving loosely as a moderator of a dialogue between Trump and McCarthy — was used largely as an occasion to sell the initiative to the uninitiated.

They discussed the importance of preserving America’s natural wonders for the next generation and of facilitating outdoor spaces as social distancing protocols continue in the midst of the coronavirus pandemic.

They emphasized that increasing the number of trees in the country’s forests would help gird against wildfires that have become increasingly damaging and fatal in recent years and would provide new sources for clean drinking water.

Westerman, McCarthy and Trump also argued that a mass tree-planting initiative would create jobs, with additional trees providing the materials for domestic production of things like toilet paper.

This being an election year, the Republicans tied the plan closely to President Trump, noting that he had helped plant the first of a trillion trees on the White House grounds this spring.

"A maple tree on the South Lawn," Ivanka Trump said. "He picked it out himself."