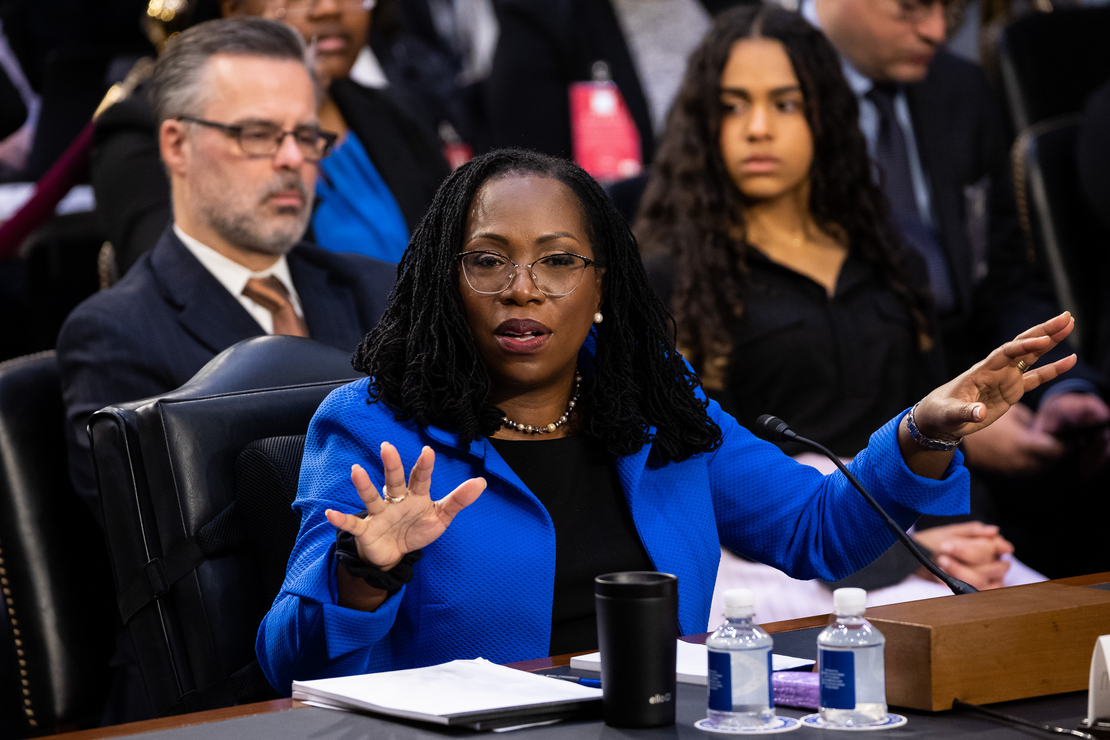 During questioning this morning, Senate Judiciary ranking member Chuck Grassley (R-Iowa) asked Jackson to explain how she determines whether a case before her raises a question that is answerable not by the courts but the political branches of government.

“When a case comes, it has to be presented in a law for the court to answer it,” Jackson responded. “If a person comes to the court, and they ask the court to answer something that is properly in the province of Congress, if they ask a political question, then the court has to say, ‘I’m sorry, that’s not my role.'”

The political questions doctrine was a stumbling block for young climate activists in Juliana v. United States, which asked the federal government to phase out fossil fuels.

Judges of the 9th U.S. Circuit Court of Appeals “reluctantly” tossed out the case, finding that it raised questions more appropriately answered by Congress and the executive branch — although one judge said she would have let the case proceed (Greenwire, Jan. 17, 2020).

Oil and gas firms have also raised the doctrine in their defense against legal challenges from state and local governments seeking industry compensation for rising seas, wildfires and other climate impacts.

The climate liability cases are currently locked in procedural battles but are eventually expected to reach the Supreme Court. If Jackson is confirmed, she would be among the justices to consider the local governments’ arguments (Climatewire, March 18).

Jackson, 51, is partway through her last day of questioning by the Senate Judiciary Committee, which is considering her nomination to replace retiring Supreme Court Justice Stephen Breyer.

The judge, who currently sits on the U.S. Court of Appeals for the District of Columbia Circuit, is largely expected to be confirmed, although it is not yet clear whether she will receive bipartisan support. She would be the first Black woman to serve as a Supreme Court justice.

Democrats and Republicans have criticized injunctions that reach beyond federal district courts’ jurisdiction, including in cases that deal with environmental rules (E&E Daily, Feb. 24, 2020).

Jackson said that a court order issued in response to a challenge under the Administrative Procedure Act, which governs agency rulemaking, should not be considered a nationwide injunction.

“It may have nationwide effects because the agency may have implemented its rule nationwide,” she said. But in APA cases, she continued, “the court is directing the government that has promulgated that rule that the rule is invalid, and that’s what the statute tells us we have to do in those cases.”

She added: “That’s different than a nationwide injunction.”