Japan is king of efficiency. But it’s losing climate passion 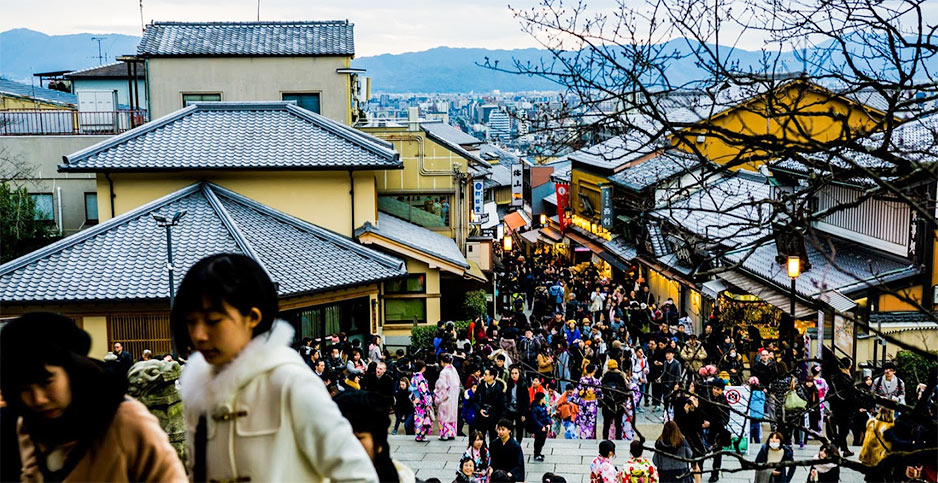 TOKYO — "Protest" sounded too political. "March" was too militant.

So when Japanese environmental activists organized a rally in Tokyo ahead of the U.N. global climate change meeting in Paris in 2015, they called it an "Earth parade."

Several environmental groups teamed up to organize the rally and planned to accommodate 10,000 attendees. But only about 1,000 people showed up. Many of the people in the parade brought their children, holding signs that read "Climate Action Now!" in English, while someone in a polar bear costume led the procession through Tokyo’s Shibuya crossing. But planners found the numbers disappointing.

"It was quite far from what we were trying to get," said Ayumi Fukakusa, an energy and climate change campaigner with Friends of the Earth Japan who helped organize the parade.

It stood in stark contrast to climate change rallies at the same time in other parts of the world, where tens of thousands of demonstrators in cities like Paris, London and Melbourne, Australia, were met with riot police and tear gas.

"When we see the entire country of Japan, we see the sense of danger toward climate change is still low," Fukakusa said.

Public momentum behind countering climate change has been slow to mount in many countries, but its sluggishness in Japan has surprised some. The country is renowned for its energy efficiency and was the host nation to the last major global environmental treaty, the Kyoto Protocol.

At the Group of 20 meeting in July, 19 nations, including Japan, signed on to an official communiqué that affirmed a commitment to the Paris climate agreement. Before the summit, Japanese Prime Minister Shinzo Abe urged leaders to tackle climate change in a column published in the German newspaper Handelsblatt.

"We have committed to reducing Japan’s greenhouse gas emissions by 26% by fiscal year 2030 even though we already have lower emissions than other countries," Abe wrote. "Now, we are eager to fully utilize Japan’s technological strength to protect the Earth for future generations."

However, there are many contradictions to overcome in how Japanese interact with the environment. After all, Japan is a country with nine different sorting categories for recyclables and garbage, but also a place where it’s not uncommon to find every cookie in a package individually wrapped in plastic.

With the United States now exiting the Paris climate accord, activists in Japan are concerned about losing ground and want to make the government pursue more aggressive actions to cut greenhouse gas emissions.

But it’s hard to build their ranks in a country where political discussions make people cringe and public protests are taboo. And young people, the foundation of environmental movements around the world, are thought to be losing interest in climate-related issues in Japan, the world’s fifth-largest greenhouse gas emitter.

Circumstances have forced Japanese to become more energy-conscious in recent years, if not climate-conscious.

When the 2011 triple tap of a magnitude 9.1 earthquake, a tsunami and a meltdown at the Fukushima Daiichi nuclear reactor struck Japan, the country shut down its nuclear fleet for inspections, leaving a massive energy shortage. In its wake, the government launched several programs to make Japanese people aware of their energy consumption in order to drive down demand.

Government offices relaxed dress codes so workers could forgo suits and ties for Hawaiian shirts in the summer and wear warm sweaters in the winter, a compromise that reduced cooling and heating needs. The government extended the relaxed dress code season, and some private employers followed suit. Japan’s Ministry of the Environment also launched campaigns to encourage more energy efficient lightbulbs, appliances and cars. Offices throughout Japan now dim their lights and automatically switch them off to save electricity.

But a gap remains in the minds of many Japanese between the actions they take and a global problem like climate change.

"Before we talk about global warming, we have to make them aware of the problem first," said Ryo Arakawa, an environmental expert in the Low-carbon Society Promotion Office at the environment ministry.

Polls show most Japanese people say they have an interest in climate change, but that interest is declining. In 2007, 92 percent of Japanese said "yes" when asked whether they were interested in global warming, according to the environment ministry. That number declined to 87 percent in the most recent polling last year.

"We don’t know the exact cause of this drop, but we attribute that to loss of younger people’s interest," said Kenji Kamita, deputy director of general issues in the Global Environment division at the environment ministry.

Meanwhile, only 63 percent of Japanese know what goals the country has committed to under the Paris accord, and just 43 percent know the midcentury target.

"That number was quite shocking for us," Kamita said.

Under the Paris deal, the country aims to cut its greenhouse gas emissions 23 to 26 percent below 2013 levels by 2030. The government also set a goal of reducing emissions 80 percent by 2050.

"We believe that this is ambitious," said Koji Osumi, section chief in the International Strategy division at the environment ministry. "Based on the CO2 emissions per person or per GDP, this is about the same as other developed countries."

"The targets are woefully inadequate," said Shin Furuno, a fossil fuel divestment campaigner at 350.org. "Japan has been able to ride a reputation for efficiency and environmental technology for a long time."

Furuno is working on initiatives to get the government to withdraw investments from fossil fuel projects. Through its development bank, the Japanese government is financing coal-fired power plants in Southeast Asia, an uncomfortable fact for a country trying to bolster its green reputation.

The group is also working on an initiative to make companies disclose the risks they face from climate change and the extent to which they contribute to the problem.

However, there isn’t much public pressure to end Japan’s support of fossil fuel combustion domestically or abroad, particularly since air pollution has declined in Japan, making the environment a back-burner issue for most people.

"There’s a bit of a bubble that’s happening in Japan," Furuno said. "Because Japan’s energy resources, close to 90 percent, is imported from overseas, the general public doesn’t see that it’s excavated from mines in Australia and Indonesia."

The United States’ withdrawal from the Paris climate accord may also slow momentum behind climate action in Japan.

"Obviously, the U.S. stepping back from important climate action is most definitely going to influence where Japan is," Furuno said.

Some young people ‘don’t feel it’

Among Japan’s 127 million citizens, there are some young people who still hold out hope of swaying the country to do more heavy lifting in the fight against rising global temperatures.

Kotoe Kuroda, an environmental sciences student at Tokyo University, said her interest in climate change came from a desire to work on an international problem with global consequences.

"Climate change, I think it’s one of the key problems that we have to face with everybody taking part," she said. "Climate change, you can’t tackle it by yourself. Everybody has to be involved."

Kuroda volunteers with Climate Youth Japan. The group works with young people to raise awareness about climate change and connects them to their peers in other parts of the world to share ideas and to come up with solutions. It organizes trips to international climate negotiations and other events.

"It was something big that I can be involved in, not something local," she said. "That’s why I joined Climate Youth Japan."

Kuroda lived more than half her life outside Japan and traveled frequently with her family, which cultivated her interest in environmental issues. She recounted a boat trip she took from South Korea to China. "On the ship, we saw this like massive loads of algae. It was like neon green," she said. "I was stunned. I was like, ‘This is eutrophication!’ It’s not something from a textbook. It’s real."

But Kuroda said that her upbringing was unique and that her peers don’t have as strong an interest in traveling abroad, so arguments that Japan should do more on climate change because it affects other countries don’t resonate as much when she pitches activism to her classmates.

"To be honest, I think I’ve led a really privileged life," she said.

To bridge the divide, Kuroda said, activists have to make a global issue like climate change feel personal and immediate.

"It doesn’t have to be going abroad. … I think you have to feel that climate change is real for you," she said. "If you don’t feel it, you don’t really get motivated to do anything."