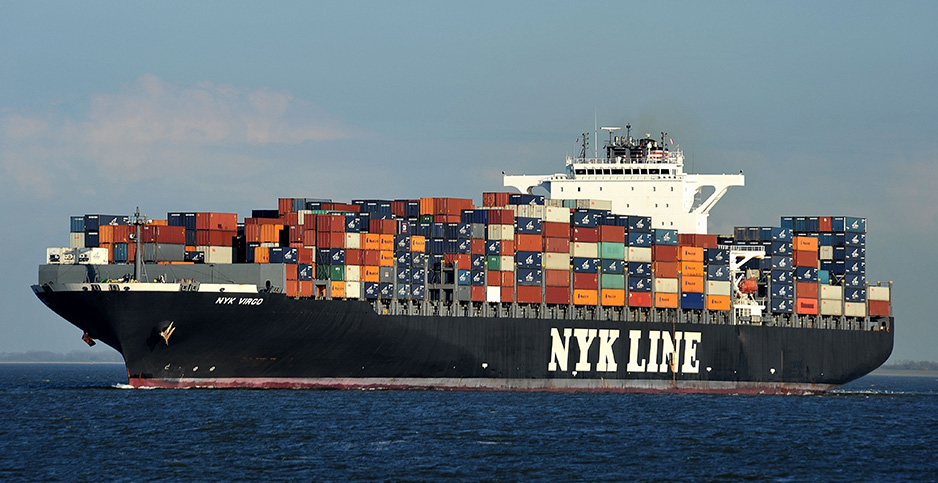 U.S. exporters of liquefied natural gas could be the major beneficiaries of a push by Asia’s shipping giants to slash emissions from container vessels crisscrossing the open seas.

Japan and South Korea have historically been the biggest importers of LNG, but the energy industry has largely written off future demand growth from the two nations because of their sluggish economies and shrinking populations.

Now hope is emerging out of Asia’s busiest ports after an agreement by Japan’s major shippers to use cleaner fuels to meet tightening emissions standards under the International Maritime Organization.

The build-out of infrastructure that permits a ship-to-ship transfer of LNG to fuel an ocean vessel could change the calculus for natural gas shipped from the coasts of Texas and Louisiana.

"Asia Pacific is projected to be the fastest growing market for LNG bunkering," according to a report by Seattle-based Coherent Market Insights.

Toyota Tsusho, a conglomerate, also invests in solar power in Hawaii and geothermal power in Kenya. It supplies lithium and technology for next-generation cars and trucks. Chubu Electric generates electricity for central Japan and is partnering with LNG export projects in the United States.

Kawasaki Kisen Kaisha, or "K" Line, and Nippon Yusen, or NYK Group, are two of the largest shipping companies in the world.

IMO, which regulates global shipping, is taking aim at the heavy fuel oil used in shipping. The organization already tightened standards for sulfur content in fuel but is now going further. Starting in 2020, ships will be instructed to use fuel oil with no more than 0.5 percent sulfur content.

Stripping more sulfur from heavy fuel oil will prove difficult for refineries. Still, IMO officials say they’ll spend the next two years working out the technical challenges. With mass fuel switching on the horizon, LNG is poised to be a fuel of choice for some vessels. Switching from heavy fuel oil to LNG could lower a vessel’s SOx emissions by up to 100 percent and NOx by nearly 80 percent.

Carbon dioxide emissions could also be cut by 30 percent. The new plan to tackle climate change approved at the IMO in London in April envisions a 50 percent cut in global CO2 shipping emissions under 2008 levels by 2050.

About half of the respondents to a survey by the World Refining Association said they expected significant fuel switching as ship emissions rules tighten. Forty percent said the fuel switching would favor LNG suppliers the most, but tighter emissions regulations will also benefit suppliers of lighter-grade fuels and distillates as ships turn away from sulfur-heavy fuels. A quarter of the fuel companies surveyed could see a mass shift by shipping companies to using LNG-powered vessels.

Port cities around the world suffer some of the worst air pollution. Most developed nations have tighter restrictions on shipping emissions within their territorial jurisdictions, but in the past, ships were free to switch to dirtier fuels while traversing the high seas.

IMO Secretary-General Kitack Lim has said the agency’s new mantra is "Better shipping for a better future." And he’s pressed delegates to find creative ways to make shipping "ever safer, cleaner and sustainable."

Peter Thomson, U.N. special envoy for ocean affairs, echoed Lim’s insistence that the IMO not let up on its emissions-cutting work. "We will make these technological changes because we have to. Humanity bends in the direction of survival," he said.

For LNG exporters, the most sought-after prize remains the Chinese market.

China overtook South Korea as the second-largest LNG importer last year, but the spike in consumption in China was driven by seasonal demand for winter heating. Nevertheless, China is deemed the most promising future demand growth market for LNG.