Jerry Brown’s satellite is tiny — and not fully funded 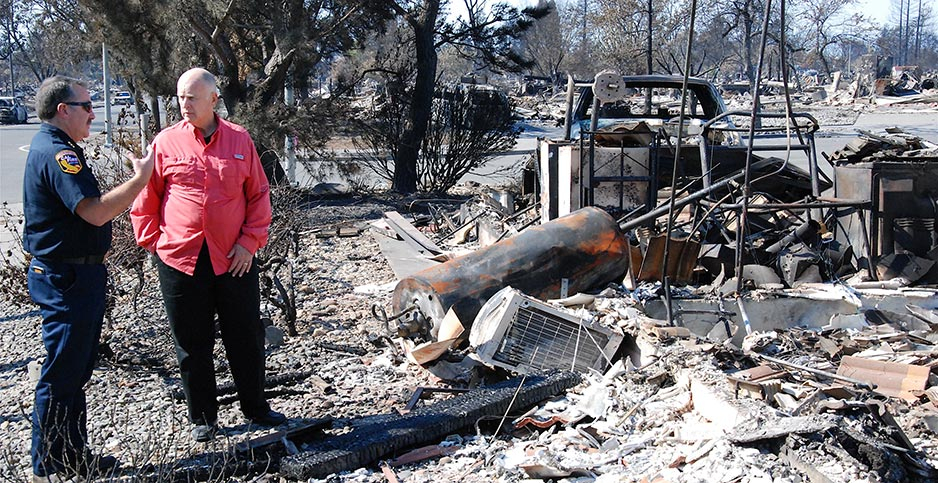 The world may have finally caught up to Gov. Jerry Brown’s dream of getting California its own satellite, though his decades-old wish still has a ways to go before becoming reality.

Brown, a Democrat, took one small step toward that giant leap last week when he announced that California would launch its "own damn satellite" to track climate pollutants — a vision he first floated during a previous turn as governor in the 1970s and 1980s.

Back then, Brown foresaw his state using satellites to monitor water supplies or to keep in touch during emergencies — an idea that drew snickers from the chattering class and cemented his reputation as California’s free-spirited "Governor Moonbeam."

Satellites and rocket launches at the time were still largely the province of countries, not states or companies, and doing so would have cost California an enormous amount of time, effort and money.

But in the four decades since Brown raised the idea, satellite technology has gotten smaller and nimbler, and commercial rocket launches have become almost commonplace.

Now it’s not just possible, but probable, that Brown can tap a California-based company to build a probe that can fight climate change by pinpointing trouble spots that spew large amounts of greenhouse gases, from landfills to fossil fuel wells. That’s what he plans to do.

"Jerry Brown has always been the guy who sees the next thing," said Keith Cowing, editor of NASA Watch, a long-running website that reports on NASA and the space industry.

Cowing also worked on some of Brown’s early, and unsuccessful, campaigns for president and U.S. Senate, and he said that he and other self-described "Brownie space guys" have posted messages on Facebook recently with a similar refrain: "Jerry is finally going to do it."

California’s aim is to launch the probe by the end of 2021, though state officials said a number of key details have yet to be finalized — notably funding for the project.

One big question is how much it will cost. The state has not released an estimate. Another is who is going to pay for it.

The governor’s office wants to rely on private donors and philanthropists to foot the bill, rather than taxpayers, and one Brown aide said California has yet to line up the necessary rainmakers.

But "our discussions with interested parties have been very, very positive," Ken Alex, one of the governor’s senior advisers, said in a phone interview.

There are reasons for supporters to be optimistic.

Chief among them is the plan to base the satellite mission on an existing program that already monitors methane emissions in California.

"It’s just a logical next step," said Stanley Young, a spokesman for the California Air Resources Board.

For years, the state has used airplanes to help do the job — with some success.

Young said the program has given regulators the information they need to craft state policy, including a new rule that puts limits on methane emissions from oil and gas sources, such as wells and pipelines.

But he said there are limits to what airplanes can do.

To get a complete, up-to-date picture of methane emissions in California, you would need a "fleet of planes flying back and forth crisscrossing the state," Young said.

So state officials said there’s been an effort over several months to shrink the instruments used by the methane program so they could fit on a satellite.

Underwriting the campaign are two notable environmental groups: the Overlook International Foundation and the Jeremy and Hannelore Grantham Environmental Trust. They have sunk a combined $3 million into the miniaturization effort, said state officials.

The hope is that the new satellite would be able to track greenhouse gases beyond just methane and do it in places not limited to California.

An idea is to use the satellite to support the Under2 Coalition, of which California is a member.

The alliance of more than 200 governments worldwide has pledged to reduce carbon emissions to help limit global temperature increases to less than 2 degrees Celsius, and one thought is that California’s satellite could help members identify their own worst climate pollutants.

"This groundbreaking initiative will help governments, businesses and landowners pinpoint — and stop — destructive emissions with unprecedented precision, on a scale that’s never been done before," Brown said as part of his announcement.

But first, California will have to build the satellite and launch it into orbit.

The company at the center of the effort is San Francisco-based Planet Labs Inc., an outfit founded in 2010 by three former NASA scientists. Google is an equity stakeholder.

Planet specializes in tiny satellites that can take high-resolution images of Earth, and state officials said their vision for California’s probe would be a craft no bigger than half a shoebox with a target weight of less than 11 pounds.

One open question is whether the mission would include one or many satellites — as Planet typically launches several probes for the same Earth-monitoring mission.

Another unknown is the rocket that Planet and California plan to use to get the probe or probes into space. A Planet spokesman declined to say much about the project.

"We’re really early in this partnership with California and at this point don’t have a lot to share," Trevor Hammond, Planet’s chief of staff, wrote in an email. "I suggest you check back in early 2019."

The company’s business model is part of a shift in the aerospace industry toward smaller, cheaper satellites that typically stay in orbit for a short amount of time.

State officials said the California probe would circle Earth for as little as three years, although — in keeping with Planet’s modus operandi — it could be replaced. The company estimates it has launched about 300 satellites since 2013 with roughly 150 currently in operation.

If successful, the California mission would join a growing list of space-based efforts to track the impacts of climate change and its chief contributors (Climatewire, Jan. 29).

That includes the development of a new satellite, estimated to cost about $40 million, that’s being spearheaded by the Environmental Defense Fund.

Steven Hamburg, EDF’s chief scientist, said the goal would be to launch that probe in 2021 with the mission of tracking methane emissions around the globe.

As part of last week’s rollout, the governor’s office said it intends to partner with EDF — and other related projects — to compile a database of climate-related satellite records.

Hamburg said, "We are building the data to understand the nature of the problem."