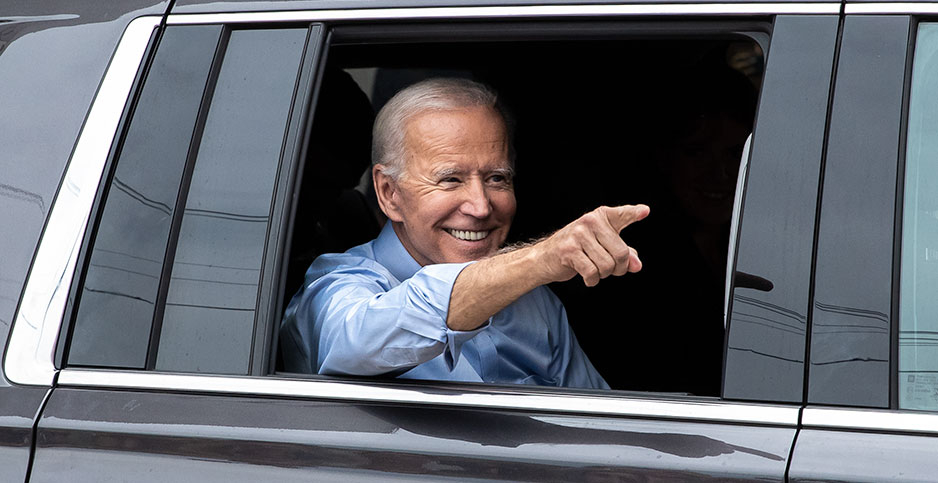 A woman who described herself as a Kenyan-American urged Biden to incorporate a plastic bag ban into his climate change plan. Kenya banned the production and sale of plastic shopping bags in 2017.

"When I go back to Kenya, we don’t even use plastic bags," said the woman at the event. "It’s not allowed because we are trying to clean the ocean."

Biden responded: "I agree with you 100%. We should not be allowing plastic. And what we should do is phasing it out."

Biden went on to criticize President Trump for not recognizing the severity of plastic pollution. "The problem is we have a president that says there is no problem. … ‘We don’t have a problem with plastic in the oceans,’" Biden said, imitating the president.

Trump has claimed plastic debris washing up on American beaches comes from other countries. Experts say it’s a two-way street, with American trash likely winding up on foreign beaches.

Until China banned the practice in 2018, the United States used to export much of its plastic waste to that country. Less than 10% of U.S. plastics get recycled. The rest ends up in landfills, oceans or elsewhere, according to EPA.

"The process of ‘phasing them out’ when it comes to plastics would be a disaster for our economy and our environment. We’re disappointed that Biden would endorse the idea of a misguided reduction in the use of plastic materials," he said, suggesting that paper bags aren’t a better option.

It’s unclear whether Biden was referring strictly to plastic bags in his comments or whether he was calling for a prohibition on all plastics.

But petrochemical companies are betting on the material’s future. Ethane cracker plants, which use ethane from natural gas to produce the building blocks of plastic, are popping up across Appalachia, signaling plastic’s continued production into the next decade (Greenwire, Jan. 3).