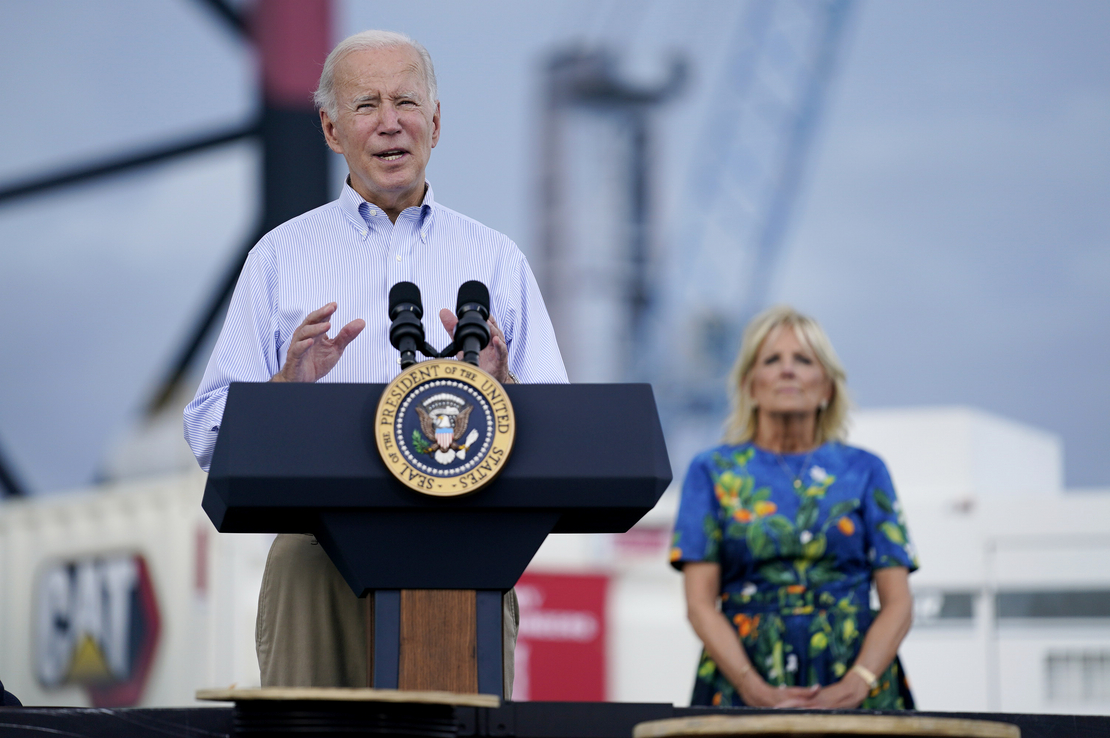 This isn’t how President Joe Biden planned to spend his fall.

Riding high off the passage of major domestic policy achievements, he just celebrated the passage of major climate and health care legislation with a huge party on the White House South Lawn featuring musician James Taylor. Biden gleefully test-drove a Corvette at the Detroit Auto Show and was schmoozing with donors on the fundraising circuit to try to keep his party in power on Capitol Hill.

Then Fiona and Ian charged in. Within two weeks, the ferocious hurricanes had ravaged Puerto Rico and southwestern Florida, taking lives, walloping the power grid, and plowing through homes and businesses.

The storms also knocked Biden’s fall agenda off course. The government’s sudden pivot toward hurricane response changed the president’s schedule and his tone heading into the final sprint before the midterm elections. The back-to-back hurricanes, ensuing federal recovery and media frenzy quickly turned Biden into a disaster president.

“No one would want this, and it obviously wasn’t planned or desired,” said Celinda Lake, a Democratic strategist who was a pollster for Biden’s 2020 campaign. But, she added, “Biden always excels when you need a leader who is empathetic to people’s situation and rises above partisan politics.”

Biden himself has predicted that rebuilding could take years. But in the short term, Democrats think Biden has an opportunity to showcase his statesmanship while also easing tensions with one of his chief political opponents, Florida Republican Gov. Ron DeSantis. Worst case for the president: The recovery goes badly, plaguing his administration and hurting his own reelection prospects in 2024.

“There are no winners when there are lives lost and when people lose homes and business and coastlines are destroyed,” said Democratic strategist Joel Payne.

But he gave Biden high marks for his response so far. In the wake of natural disasters, people want their leaders to exhibit qualities like empathy and organization, Payne said. “President Biden certainly feels a comfort in playing the role that a commander in chief needs to play. He understands what the moment calls for.”

The hurricanes also present another chance for Biden to contrast his leadership approach to former President Donald Trump, whose response to Hurricane Maria was widely criticized. After Maria hit Puerto Rico in 2017, Trump prompted outrage for tossing paper towel rolls into a crowd when he visited the island, telling officials they should be proud of the relatively low death count compared with Hurricane Katrina, and sparring with the mayor of San Juan.

Hurricane response — if it’s bungled — can turn into a political disaster.

“You could screw this up,” said Howard Dean, a former Vermont governor who chaired the Democratic National Committee. He pointed to the now-infamous photo of President George W. Bush looking down at the wreckage of Katrina from Air Force One while people were dying in New Orleans. Bush later said he regretted his response to Katrina and the optics of that photo.

But Biden “hasn’t screwed it up,” Dean said. “He’s done exactly what he’s supposed to do.” Biden’s leadership in the wake of the disasters also reminds people “that he’s not Trump,” Dean added. “And that is important — especially in places like Georgia.”

‘We are all one team’

Now Biden is on a hurricane recovery tour. He and first lady Jill Biden visited Puerto Rico on Monday; they’re scheduled to head to Florida on Wednesday.

Biden criticized Trump’s response to Hurricane Maria as he left the White House on Monday morning, saying he was heading to the island because “they haven’t been taken very good care of. They’ve been trying like hell to catch up from the last hurricane.”

On the ground in Puerto Rico on Monday, Biden praised local officials and pledged to residents: “We are not leaving here as long as I’m president until … every single thing that we can do is done.”

A major political question presented by Hurricane Ian: How will the recovery effort shape Biden’s relationship with DeSantis, who is widely seen as a leading GOP contender to run against the president in 2024?

The president and the Florida governor have declared a political detente and have been in regular communication about the recovery, even after DeSantis just weeks ago was haranguing Biden on immigration by flying migrants to Martha’s Vineyard.

Biden will meet with DeSantis and other officials during the president’s swing through the state on Wednesday, White House press secretary Karine Jean-Pierre said Tuesday.

White House and DeSantis camps are undoubtedly aware of possible political ramifications of such a meeting.

After then-New Jersey Gov. Chris Christie warmly greeted President Barack Obama in the 2012 aftermath of Hurricane Sandy, he continued to take heat for the exchange years later during the 2016 GOP presidential primary.

Jean-Pierre told reporters on Tuesday that Biden and DeSantis will focus on hurricane recovery and that their discussions will be “above politics.”

Political insiders don’t expect the Biden-DeSantis political cease-fire to last long, regardless of any goodwill built in the wake of the disaster.

DeSantis is up for reelection in November, when he’s hoping to fend off a challenge from Democrat Charlie Crist, who previously served as Florida’s Republican governor.

“Both [DeSantis and Biden] are playing their official roles, and everyone understands the rules of the game,” said Republican communications strategist Ron Bonjean. “When a natural disaster hits, you take your political hat off and play the role of a government official.”

But, he added, “we’re in the throes of a midterm election, so you can imagine the gloves will come off rather quick.”