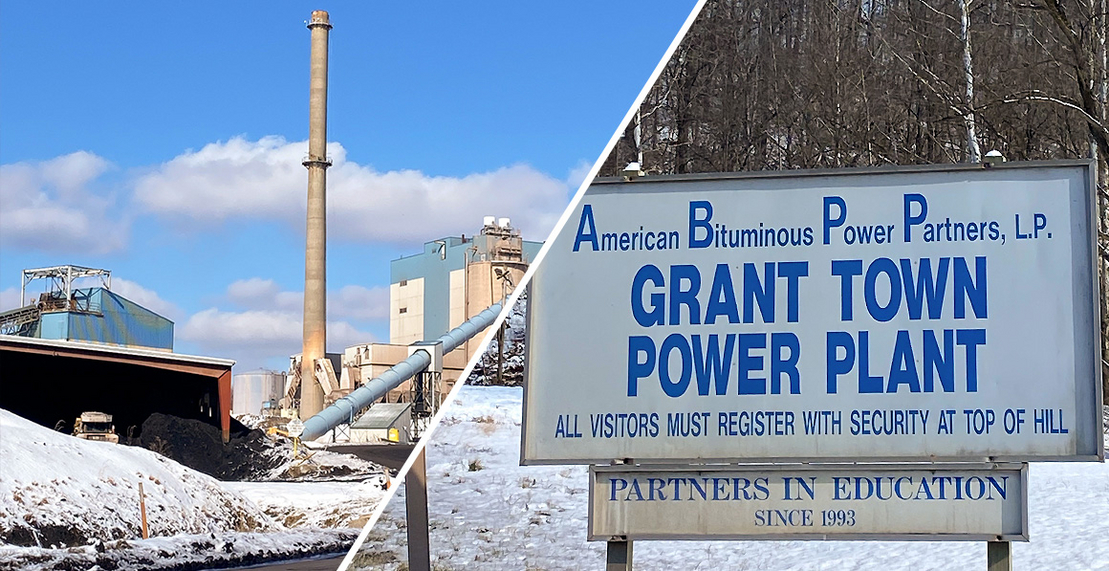 The owners of the Grant Town power plant are embroiled in a legal battle over whether they failed to pay rent for the land on which the facility is located. Scott Waldman/E&E News

The power plant that buys coal from Sen. Joe Manchin’s family business has not paid rent for the last decade.

The Grant Town power plant is built on the former Federal No. 1 mine in north central West Virginia. That mine is owned by a local company, Horizon Ventures Ltd.

Grant Town’s owner, American Bituminous Power Partners LP, stopped paying Horizon rent in 2012 and has waged a legal battle for years over the amount it owes Horizon in back rent.

American Bituminous Power Partners — or Ambit for short — has “found various reasons to pay, among others, stakeholders and executives, instead of paying its obligations to Horizon,” Horizon attorney Mark Kepple wrote in a recent filing with the Public Service Commission.

Horizon sued Ambit in 2013, seeking to force the company to pay back rent. Tens of millions of dollars may be at stake.

At issue is a complex, almost 200-page lease that Ambit and Horizon signed about 30 years ago. Their disagreement turns on a dispute over the source of the waste coal the plant burns and the rate of pay that Ambit owes to Horizon, based on that coal.

Ambit owes more money to Horizon the more on-site fuel it uses. If it uses off-site fuel — which is trucked in by Manchin’s family company — it pays Horizon less money.

The fight between Ambit and Horizon is over how much off-site fuel is used, and therefore how much rent is owed.

Last month, the case made its way to the state Supreme Court of West Virginia.

The Grant Town power plant is a chief customer of Manchin’s family coal business, Enersystems. Enersystems trucks bring waste coal to Grant Town from two other nearby defunct mines and hauls away its coal ash waste.

The plant has faced financial struggles over the years and repeatedly has sought increases in the amount of money it receives for the electricity it sells to a subsidiary of utility giant FirstEnergy Corp. If the plant closed, it would be a major financial hit to Manchin as well as his son, Joseph Manchin IV, who runs the company.

Manchin has spent decades pushing policies that benefit the plant and the waste coal industry that helped make his family fortune (Climatewire, Feb. 2).

Enersystems now provides the bulk of the waste coal that Grant Town burns for electricity. Manchin earned about $500,000 from Enersystems last year, according to Senate ethics disclosures.

The plant’s owners have received multiple rate hikes after claiming they were teetering on the edge of bankruptcy. Utility consumers in West Virginia have paid more than $100 million in recent years to cover those rate hikes, public records show.

After decades of receiving more money from ratepayers as well as tax breaks, Ambit now claims its finances are in “solid condition,” according to testimony from Richard Halloran, president of Grant Town Holdings Corp.

“Ambit’s business is in solid condition,” he said in sworn testimony before the state Public Service Commission last year. “We pay our bills consistently within terms, more quickly than most.”

Halloran also stated that the company, in November 2019, finished paying off the $150 million in bonds used to build the plant.

Halloran’s portrayal of the plant’s financial health differs sharply from his description of the company’s finances when it sought rate increases. Halloran provided testimony as he floated a plan before the state Public Service Commission to convert Grant Town into a cryptocurrency mining power source. That plan was rejected by the state Public Service Commission (Climatewire, Jan. 5).

Ambit had been owned by three different entities, two of which were controlled by Halloran. Halloran also recently consolidated ownership of Ambit and now has full control of the company. In August, Halloran purchased the remaining 40 percent of Grant Town he did not own from Sumitomo Corp., a Japanese energy and investment firm that acquired its share of the company in 1993.

Horizon and Manchin officials did not respond to requests for comment. An Ambit official said the rent payments have been stopped by the court.

Fighting against Horizon in court has saved Ambit a lot of money in unpaid rent, said Kepple, the Horizon attorney, to the Supreme Court justices.

“Ambit has been permitted to go 10 years without paying rent by tying this up in the litigation,” he said.

In the Supreme Court hearing, Ambit attorney Roberta Green acknowledged that Ambit hasn’t paid rent for a decade, but claimed it was related to “senior debt” even as the plant paid off its bonds more than two years ago.

“The reason they haven’t been paid rent is because senior debt is outstanding,” Green told the judges, adding “after all this is resolved, then we actually pay back rent.”

A decision on the plant’s rent battle is expected in about a month.