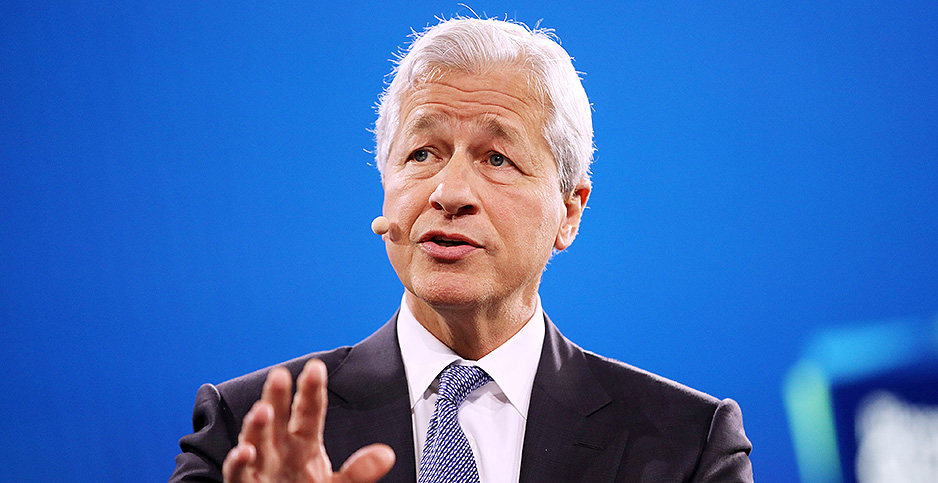 JPMorgan Chase & Co. will not finance any new oil and gas drilling projects in the Arctic, part of a set of updated climate and environmental commitments the company announced this morning at its annual investor day.

That includes $50 billion in financing for green initiatives that will go toward a separate sustainability goal the company set in 2017.

JPMorgan is the latest investment bank to back away from fossil fuels amid bubbling pressure from investor groups and Democratic lawmakers concerned about climate change.

Goldman Sachs Group Inc. said last year it would not finance Arctic oil and gas, while BlackRock Inc. — the world’s largest wealth manager — announced plans to offer new environmental funds and turn away from coal. None of the companies, however, is abandoning fossil fuels altogether.

The announcements are a response to the heat from nonprofits and investors. But JPMorgan still is not addressing its larger oil and gas portfolio, nor is it committing to align with the Paris climate agreement, said Danielle Fugere, president of As You Sow, an investor climate advocacy group.

Fugere said her group is asking major banks to assess how they will measure the greenhouse gas emissions from their investments. Morgan Stanley, Wells Fargo & Co. and Goldman Sachs Group Inc. have agreed to take that initial step.

Despite its announcement today, JPMorgan declined to do so, she said.

"It’s a step, but it by no means answers the question of whether they are appropriately dealing with their full carbon footprint and reducing it in line with what we need to do to maintain global warming below 2 degrees," Fugere said of the company’s climate commitments.

Among other things, JPMorgan said in a more expansive policy document that it will specifically back away from drilling in the Arctic National Wildlife Refuge, the remote area of Alaska opened to oil and gas development in 2017.

The bank will also source 100% of its power from renewable energy by the end of 2020 and join Climate Action 100+, an investor initiative that works with major companies to reduce greenhouse gas emissions.

The $200 billion investment effort, meanwhile, will include launching a new finance institution for developing countries and establishing an environmental, social and governance group to advise clients on reducing greenhouse gas emissions.

On the government policy side, JPMorgan has joined the Climate Leadership Council, a carbon tax group supported by major companies, including Big Oil.

But JPMorgan, in particular, is likely to be the subject of further scrutiny from environmental organizations.

The bank is the world’s largest fossil fuel financier, according to the Rainforest Action Network, and it’s long been a target for green groups.

In an analysis of the company’s new commitments, the Rainforest Action Network and Sierra Club noted that JPMorgan can still finance companies in the coal business, so long as they derive less than half their revenue from coal mining.

And while the bank said it will not directly finance new coal plants without carbon capture, the groups said it will likely still fund companies that own coal-fired power plants.

"Now that Chase and Goldman Sachs have drawn a line in the sand, all eyes are on Wells Fargo, Citi, Morgan Stanley, and Bank of America," Sierra Club campaign representative Ben Cushing said in a statement. "Who will be the last to recognize that financing drilling in the Arctic is an expensive risk that’s not worth taking?"