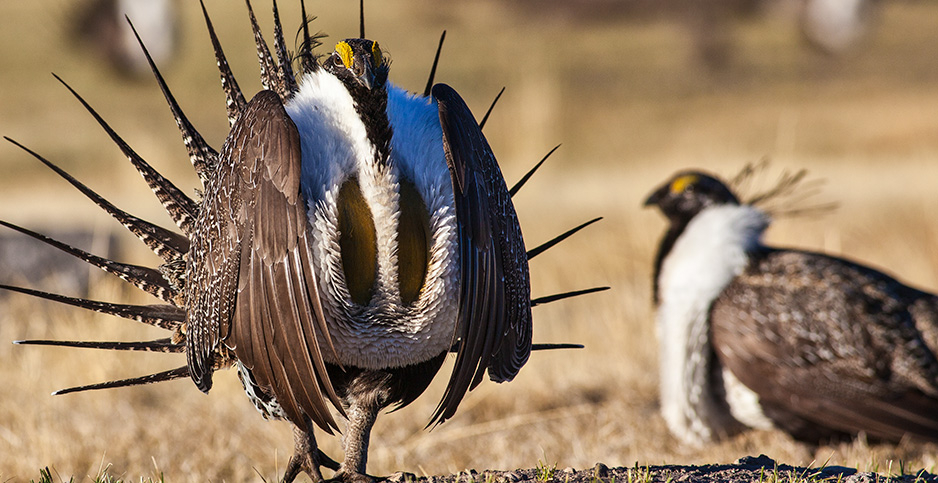 Chief Judge Brian Morris of the U.S. District Court for the District of Montana on Friday axed lease sales in Nevada and Wyoming from 2017 and 2018 in the second phase of litigation over the government’s failure to prioritize leasing outside of the bird’s habitat.

Morris found that the leases failed to comply with Obama-era sage grouse protections aimed at keeping oil and gas development from harming the declining species.

“The failure to consider the 2015 Plans’ prioritization requirement infected every step of the environmental assessment process and cannot be remedied after the fact,” Morris wrote.

“Adequate implementation of the 2015 Plans’ priority requirement may necessitate that BLM not include parcels included in the lease sales,” he continued. “The Court must vacate the lease sales in their entirety.”

The ruling comes after the judge, an Obama appointee, had previously thrown out Montana and Wyoming lease sales over the Trump administration’s leasing activity in sage grouse habitat.

“This decision reaffirms that the Trump administration violated federal law in selling off critical sage-grouse habitat for oil and gas drilling,” said Michael Freeman, a senior attorney at Earthjustice, representing a coalition of environmental groups challenging the leases.

“We shouldn’t be sacrificing an iconic species like the sage-grouse to pad oil industry profits,” he added in an email.

In the first phase of the litigation, Morris invalidated the Interior Department’s 2018 instruction memorandum on sage grouse conservation, which prioritized leasing outside of sage grouse habitat only when there was a backlog of leasing requests and told agency officials to ignore a 2015 resource management plan to protect the bird.

In the latest phase of the challenge, Morris found that the government had repeated problems identified in the earlier ruling, noting that neither the Nevada nor the Wyoming leases suggested that the Bureau of Land Management had considered prioritizing development away from sage grouse habitat. In Wyoming, he said, BLM had also failed to address the leases’ proximity to existing development.

Lease stipulations that put restrictions on the intensity of fossil fuel development on a parcel were not a substitute for federal protections requiring the agency to first prioritize leasing activity outside of sage grouse habitat, according to Morris.

Morris ordered a halt to all operations related to the leases but froze his order tossing out the leases entirely, pending a ruling on the first phase of the litigation from the 9th U.S. Circuit Court of Appeals (Energywire, May 7, 2021).

Kathleen Sgamma, president of the Western Energy Alliance, which intervened on BLM’s behalf in the case, said the judge’s ruling wasn’t surprising, given his past decisions.

“He faults BLM for following the Trump policy on leasing prioritization that wasn’t even in place before some of the sales at issue,” she said in an email.

Sgamma also noted that because this case is the second phase of litigation already before the 9th Circuit, the case is mainly going to be decided by whether or not the 9th Circuit upholds Morris’ earlier ruling.

Freeman of Earthjustice said that last week’s decision was significant “because it gives BLM a clean slate to work from in its future efforts to protect the sage-grouse.”

BLM is in the midst of considering strengthening its sage grouse management plans to protect the bird from a wide range of threats, including climate change, drought and wildfires. The changes could affect dozens of land use plans spanning 10 states (Greenwire, Nov. 19, 2021).

“These rulings underscore the need for a comprehensive review of Interior’s oil and gas program, and the need to determine whether or not continued oil and gas exploitation aligns with the biodiversity and climate crises we face,” Kyle Tisdel, climate and energy program director at the Western Environmental Law Center, said in a statement. “The short answer is clearly no.”