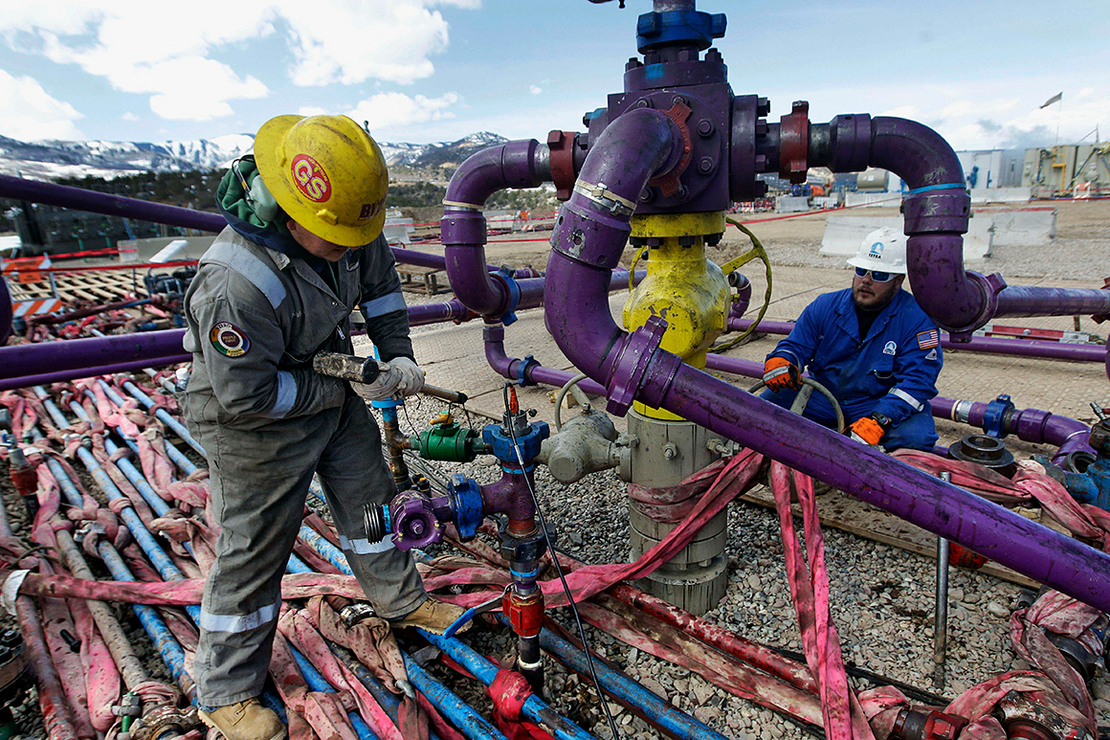 A federal judge last week blocked hydraulic fracturing over 35,000 acres on Colorado’s Western Slope after finding federal officials had failed to do enough to account for climate risk.

Senior Judge Marcia Krieger of the U.S. District Court for the District of Colorado on Friday ordered the Bureau of Land Management and Forest Service to redo the North Fork Mancos Master Development Plan, which had allowed construction of 35 new wells in parts of Grand Mesa and the Uncompahgre and Gunnison national forests.

The order reinforces that the federal government cannot avoid disclosing the climate impacts of its actions, Melissa Hornbein, a senior attorney with the Western Environmental Law Center, said in a statement Friday.

“This is a victory for the integrity of a biologically and economically diverse area,” she said.

“The Bureau of Land Management has to confront the dissonance between its proposal for fracking in an area already disproportionately affected by climate change,” she continued, “and the reality that, to maintain any chance of keeping warming below the critical 1.5°C threshold, the government cannot approve any new fossil fuel projects.”

The law center represented Citizens for a Healthy Community and other environmental groups that had challenged the Trump administration’s approval of the management plan in an area that was already experiencing severe warming (Energywire, May 12).

They argued that the agencies violated procedural law and the National Environmental Policy Act by not doing enough to consider the climate or water impacts in the analyses underpinning their decisionmaking. The agencies had also failed to present reasonable alternatives to the plan, the groups said.

Rather than defend the development plan, BLM and the Forest Service under President Joe Biden acknowledged there were “substantial concerns with the NEPA analysis” by the prior administration but argued that sending the decisions back to the agencies would be enough to correct the problems identified in the lawsuit.

Krieger, a George W. Bush appointee, was unconvinced that the case met the standard for sending back an agency decision for reconsideration without requiring the government to start from scratch.

The agencies had only discussed the consequences of tossing out the plan at “a high level of abstraction,” other than to point out that the move would “call into question” permits that had already been issued, Krieger said.

Gunnison Energy Corp., for example, had constructed one well that was now producing, and agencies had approved permits for six other wells.

Krieger said the likely outcome for the company would be to freeze any plans for production on those wells and to halt production from the single well that it had already drilled.

She rejected the argument by BLM and the Forest Service that the plan should not be vacated because the agencies had admitted the analysis underlying the plan was inadequate.

If the agencies hadn’t done that, Krieger said, the court would have “inevitably” reached that conclusion.