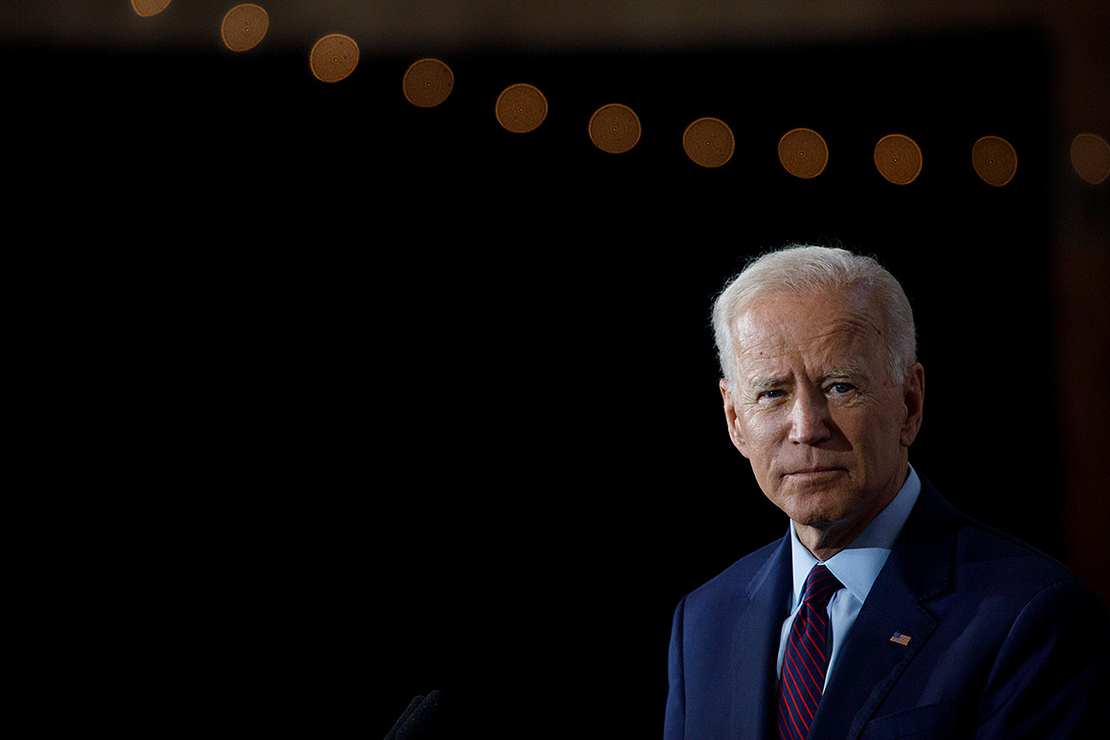 A federal judge has blocked the Biden administration from using the social cost of carbon to support aggressive carbon regulations. President Biden is shown at a 2019 campaign press conference. Tom Brenner/Getty Images.

A federal judge today barred the Biden administration from using a contested measure of the societal risks of climate change.

Judge James Cain of the U.S. District Court for the Western District of Louisiana issued a preliminary injunction preventing federal agencies from using the social cost of carbon after finding that the metric’s application had increased regulatory costs for red states.

“The Court agrees that the public interest and balance of equities weigh heavily in favor of granting a preliminary injunction,” Cain wrote in his order.

The social cost of carbon puts a dollar value on a metric ton of greenhouse gas emissions and is used in rulemakings to determine the potential benefits of controlling releases of carbon dioxide, methane and nitrous oxide.

The judge, a Trump pick, found that the social cost of carbon posed a problem under a cooperative federalism regulatory model because it required states to employ the metric or else risk “serious consequences.”

The use of the social cost of greenhouse gases in reviews under the National Environmental Policy Act “directly causes harm to the Plaintiff States’ statutorily vested rights to proceeds from [Mineral Leasing Act] oil and gas leases,” Cain said.

“In other words, the SC-GHG Estimates artificially increase the cost estimates of lease sales, which in effect, reduces the number of parcels being leased, resulting in the States receiving less in bonus bids, ground rents, and production royalties,” Cain continued.

The judge also warned that the metric posed an “imminent and certainly impending” risk to states in cooperative federalism programs.

The court order comes as the Biden administration is expected to release final values for the social cost of greenhouse gases as soon as this month (Climatewire, Feb. 10). An interim value was released last year.

Cain noted that the current interim value was still subject to review by the court, despite the government’s plans to reissue final values.

“Indeed, the ‘interim’ Estimates have already been utilized by executive agencies, indicating that the agencies interpret the SC-GHG Estimates as final and binding,” the judge wrote.

A federal court in Missouri last year struck down a similar lawsuit by Republican-led states, finding that they did not have standing to challenge the Biden administration’s interim metric.

But Cain had hinted he was likely to block the application of the social cost of carbon during oral arguments last year. At that time, he questioned whether the government’s carbon metric had violated separation of powers (Energywire, Dec. 8, 2021).

“Biden’s attempt to control the daily activities of the American people and everyday American business activity, from Main Street to Wall Street, has been halted today,” Landry said in a statement.

“This is an attempt by government to take over and tax the American people based on winners and losers chosen by the government. Agriculture, energy and virtually every other manufacturing industry is at stake,” he continued. “And today, a federal judge in Louisiana recognized the federal government does not have this reach.”