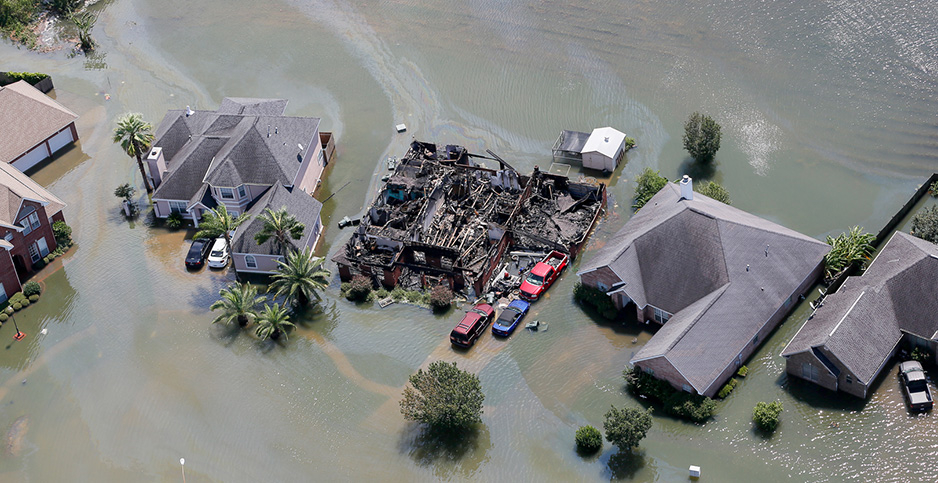 Senior Judge Loren Smith’s decision stands in stark contrast to a December finding by the same court that the Army Corps of Engineers could be liable for inundation of homes upstream of the Addicks and Barker reservoirs during the 2017 storm (Greenwire, Dec. 18, 2019).

Smith rejected landowners’ claims that the government should have ensured "perfect flood control" to protect Houston residents "in the face of an Act of God."

"Of course, the water from the hurricane was not the government’s water, unless the storm was also created by the government’s wind and air and sun and sky," the judge wrote. "These were flood waters that no entity could entirely control.

"The government attempted to mitigate against them, but it could not."

Senior Judge Charles Lettow’s December ruling was "not relevant" in Smith’s case, he said, because the dispute before Lettow dealt with flooding on upstream properties.

"[T]he downstream plaintiffs’ theory of causation ignores the simple fact that the gates were initially closed for the sole purpose of protecting their properties from floodwaters, that such mitigation failed because the impounded storm waters exceeded the Reservoirs’ controllable capacity, and that the Harvey was the sole and proximate cause of the floodwaters," wrote Smith, a Reagan appointee.

Lettow, by contrast, ruled late last year that upstream flooding occurred as a "direct result of calculated planning" by the Army Corps.

"Here, the evidence demonstrates that the corps was aware or should have been aware since the initial construction of the dams and at every point onward, that the flood pools in the Addicks and Barker Reservoirs would at some point (and thereafter) exceed the government-owned land, inundating private properties," Lettow, a George W. Bush appointee, wrote in his December decision.

Attorneys for the downstream landowners said in a statement posted on their website that they "strongly disagree" with Smith’s ruling and noted its conflicts with Lettow’s decision.

"Further, Judge Smith’s ruling is also contrary to other case precedents, either from the Supreme Court or the Court of Federal Claims (this very court)," lawyers from the firm McGehee, Chang, Landgraf, Feiler wrote.

"We will convene the Downstream litigation team and explore our option to appeal this ruling to the court of appeals."

A status conference to discuss the ruling is scheduled for next week.