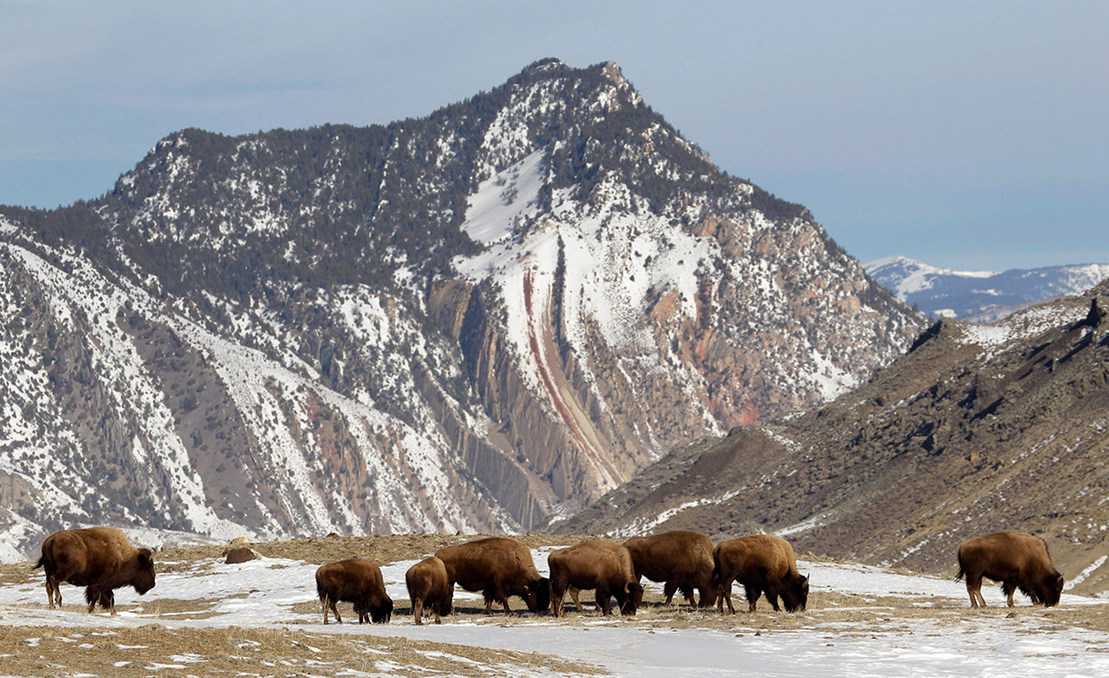 A federal judge yesterday ordered the Fish and Wildlife Service to take yet another look at whether Yellowstone-area bison require Endangered Species Act protections.

Rewarding the persistence of the Buffalo Field Campaign and Western Watersheds Project, Judge Randolph Moss of the U.S. District Court for the District of Columbia concluded that FWS fumbled its 2019 determination that the bison did not merit ESA listing.

“The question before the Court is not whether the Yellowstone bison should be listed as endangered or threatened or even whether listing ‘may be warranted,’ and the Court has no view on those questions,” Moss wrote.

Instead, Moss noted, his opinion “merely holds that the Service applied the wrong standard, failed to address a significant aspect of the question before it, and failed adequately to explain its decision. “

Moss, an Obama appointee, did not give FWS a deadline for completing its reassessment, though he stressed that “in light of the lengthy delay to date,” he wanted to “ensure that the Service moves as quickly as ‘practicable.’”

"The decision to protect and recover the buffalo in Yellowstone now belongs to President Biden’s administration, [Interior] Secretary Deb Haaland, and Martha Williams, who has been nominated as director of the U.S. Fish & Wildlife Service," Darrell Geist, habitat coordinator with the Buffalo Field Campaign, told E&E News today.

Conservation groups contend the Yellowstone-area bison is at risk of extinction due to climate change, loss of habitat, and the federal and state policies targeting the migratory herds in some locales for removal and hunting.

The federal government in 2007 rejected a handwritten petition — filed in 1999 — to protect the Yellowstone-area bison under the ESA.

In 2014, the Western Watersheds Project and Buffalo Field Campaign likewise petitioned FWS to list plains bison in and around Yellowstone National Park as an endangered or threatened distinct population segment.

"The Yellowstone bison are significant because their continued persistence represents the only surviving natural occurrence of wild bison that has never been extirpated from its historic and ecological range," the petition said.

A similar petition was filed in 2015 by writer James Horsley.

In January 2016, FWS concluded listing was not warranted. Litigation led to a judge’s order in 2018 that another 90-day study be conducted.

"The Service must explain why the evidence supporting the petition is unreliable, irrelevant, or otherwise unreasonable to credit rather than simply pick and choose between contradictory scientific studies," Judge Christopher Cooper of the D.C. district court wrote.

Plains bison “once numbered in the millions and roamed much of the United States, as well as parts of Canada and Mexico,” Moss noted, though he added that “by the turn of the twentieth century … fewer than two dozen wild bison remained in Yellowstone National Park, all in the central region of the park.”

During certain times of the year, the Yellowstone bison migrate outside of the park. This annual migration “creates complications for population management, primarily because it raises the risk that bison will transmit to cattle a bacterial disease called brucellosis,” Moss explained.

Moss pointed out that the initial 90-day review that must now be repeated does "not ask whether the designation is warranted, only whether it may be” and that FWS cannot “simply discount scientific studies that support the petition.”

In the case of the Yellowstone bison, this means FWS will have to contend more seriously with a study published in 2015 in a peer-reviewed journal that identified key genetic distinctions between the central and northern herds.