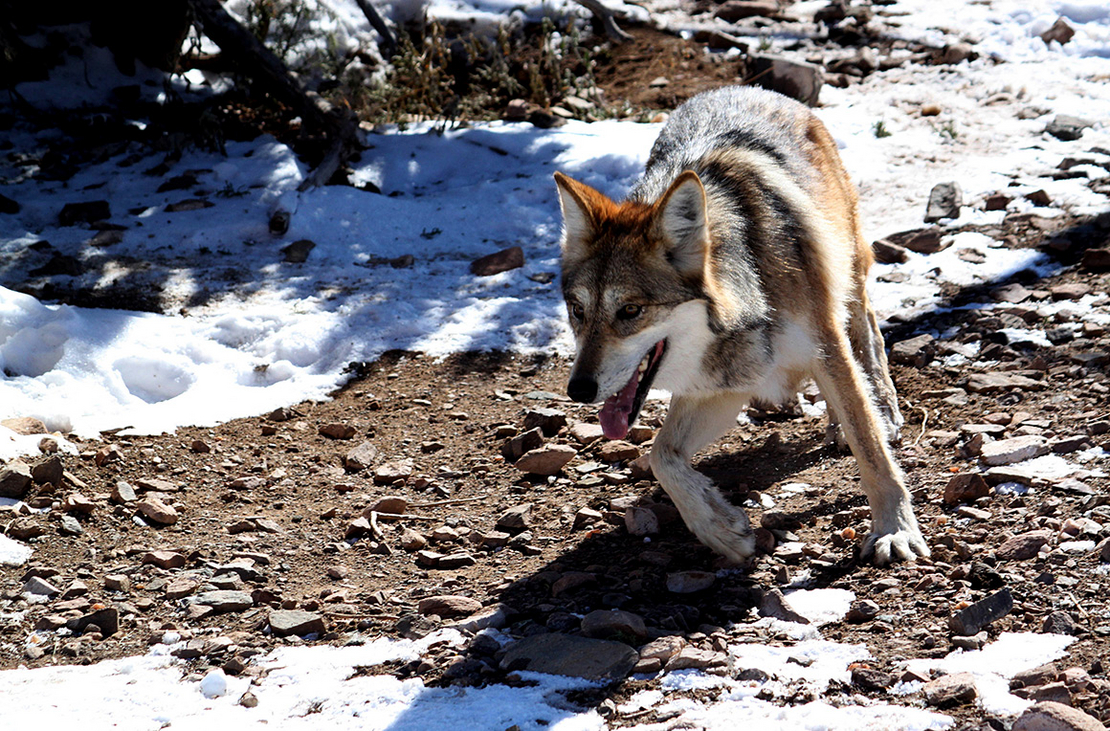 A female Mexican gray wolf in 2011 looking to avoid being captured for its annual vaccinations and medical checkup at the Sevilleta National Wildlife Refuge in central New Mexico. Susan Montoya Bryan/AP Photo

An Arizona-based federal judge last week ordered the Fish and Wildlife Service to redo a recovery plan for the endangered Mexican gray wolf by adding specific actions to address illegal killing of the animals.

The ruling is a victory for environmental groups, which sued in 2018 over the wolf’s recovery plan and how it handles what’s considered the most immediate threat facing the species.

“Having recognized human-caused mortality as a threat to the wolf, the Service acknowledges that it was required to incorporate in the Plan, to ‘the maximum extent practicable,’ a description of site-specific management actions as may be necessary to address the threat and achieve the goal of conservation and survival of the wolf,” U.S. District Judge Jennifer Zipps wrote.

Zipps added that the elements of the recovery plan, “which call for reduction of human-caused mortality, do not identify any particular action that management intends to take to address the threat.”

“More than 70% of documented Mexican wolf mortalities are human-caused,” said Elizabeth Forsyth, Earthjustice attorney. “We’re glad that the court has recognized that for the Mexican wolf to survive, the Fish and Wildlife Service must put in place a robust plan that includes concrete actions to address the threat of illegal killing.”

One hundred and five Mexican gray wolves are reported to have been killed unlawfully between 1998, when reintroduction to Arizona and New Mexico began, and 2019.

A similar number of radio-collared wolves disappeared during this same period.

The Mexican gray wolf is native to the Southwest. Although its population once reached into the thousands, by the 1970s the wolves were believed to be extinct in the wild. In 1976, the Mexican gray wolf was listed as an endangered subspecies under the ESA and, in 1982, FWS released its first “recovery plan” for the wolf.

"The path to recovery for the Mexican wolf has been hampered by widespread poaching for far too long,” said Michael Robinson at the Center for Biological Diversity. “Now that the Fish and Wildlife Service has to take this issue seriously, we hope these wolves will stand a better chance of survival.”