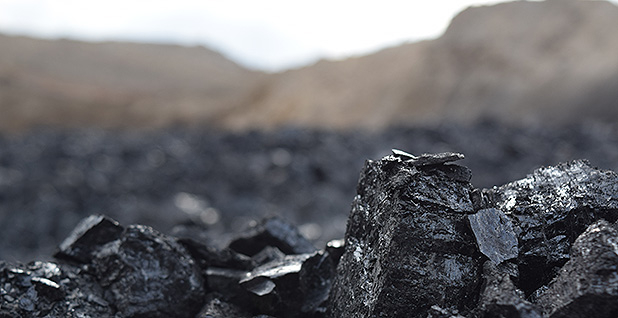 A federal judge in Montana yesterday heard arguments over whether the Bureau of Land Management has done enough to analyze the consequences of reversing an Obama-era moratorium on coal leasing. Dylan Brown/file/E&E News

The Trump administration yesterday defended its decision to end a moratorium on new coal leasing, telling a federal judge it had done enough to assess the environmental impact of the policy change.

An attorney for the Bureau of Land Management countered claims by Citizens for Clean Energy, the Northern Cheyenne Tribe and other challengers that said the agency had fallen short of its duty under the National Environmental Policy Act to analyze the effects of a 2017 order by former Interior Secretary Ryan Zinke reversing the Obama-era coal leasing ban (Energywire, July 24, 2019).

In addition to clearing the way for new mining, the order halted a programmatic environmental impact statement (PEIS) launched by former Interior Secretary Sally Jewell to study the impact of leasing on public lands. Chief Judge Brian Morris of the U.S. District Court for the District of Montana last year determined that the Zinke order was subject to NEPA review, at which point BLM launched an environmental assessment, or EA.

"The completion of that NEPA analysis completes this case, and this case can now be closed," said Joseph Kim, a Justice Department attorney who represented BLM in a hearing yesterday before the Montana district court.

Morris, an Obama appointee, asked repeatedly for case law on his authority to order BLM to go further than his initial ruling compelling the agency to analyze the impact of the Zinke order.

Kim argued that precedent cited by challengers in support of further review had to do with rulemaking and didn’t apply to a secretarial order and BLM’s decision to conduct an EA — rather than a more robust environmental impact statement (EIS). He said the 2017 order was a policy decision that was not subject to notice and comment.

The DOJ lawyer rejected calls by the challengers to completely scrap the Zinke order. The environmental groups and tribes argued that tossing the directive would put new coal leasing back on hold, resuming the previous administration’s moratorium.

"What it actually did say was that it was going to undertake a discretionary review, and it wanted to pause leasing so that upcoming coal leasing decisions could take into account lessons learned within that PEIS."

Earthjustice attorney Jenny Harbine argued on behalf of the Northern Cheyenne Tribe that BLM’s EA — which, unlike an EIS, simply determines the significance of impacts from a federal action — was "entirely unresponsive" to the NEPA violation.

Morris asked why concerns about the content of BLM’s analysis shouldn’t be the subject of a separate challenge.

"I didn’t say they had to conduct an EIS," he said. "If you don’t approve of the EA, why not challenge the EA? Why shouldn’t we go through that process?"

Harbine replied that Morris had already ruled that the decision to restart leasing was a major action that required an analysis.

"The scope of the NEPA review must match the decision," she said.

"I’m not following," he interjected. "I determined that the lifting of the moratorium required review. How does that necessarily equate that the defendant prepare a programmatic EIS?"

Later, Morris asked California Department of Justice attorney George Torgun, who argued on behalf of a coalition of states, what the Trump administration would have to do if the court vacated the Zinke order.

"Would they have to adopt a PEIS or an EIS?" the judge asked.

Torgun replied: "They would have to resolve their NEPA violation."

Recent decisions by Morris to pause the Army Corps of Engineers’ nationwide permit for oil and gas pipelines and BLM’s approval of 287 oil and gas leases support calls by the states, environmentalists and tribes to walk back the Zinke coal order, Torgun suggested (Energywire, May 12; Energywire, May 4).

"This court has decided in two opinions this month … that vacatur is the remedy when the agency breaks the law," he said.

Wyoming and a mining industry group joined the Trump administration in court to argue that BLM had satisfied Morris’ earlier ruling.

"It cannot be true that in order to stop preparing a programmatic EIS, [BLM] must prepare a programmatic EIS," said James Kaste, a state attorney representing Wyoming. "Neither of these secretarial orders could stop or start the program that is a creature of statute."

The only effect of scrapping the Zinke order would be to reinstate the incomplete PEIS, said James Auslander, a principal at Beveridge & Diamond PC representing the National Mining Association.

"They have gotten all the relief they need," he said of the challengers.