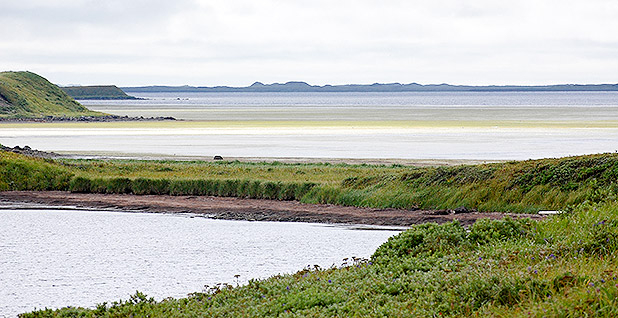 A federal judge has dealt the Trump administration a major blow in its ongoing efforts to approve a land exchange that would pave the way for a controversial road to be built through Alaska’s Izembek National Wildlife Refuge.

He also specifically rejected Bernhardt’s reasoning for entering into the land exchange agreement with an Alaska Native corporation, determining Bernhardt did not adequately justify overturning the Obama administration’s 2013 decision that the road would harm one of the most ecologically important sections of the wildlife refuge.

Bernhardt’s memorandum accompanying the land exchange agreement said the Interior Department was changing course on the issue, in part, because a road is necessary to allow the residents of the remote town of King Cove access to an all-weather airport in nearby Cold Bay (E&E News PM, July 24, 2019).

It’s not clear what the Interior Department intends to do. It could file an appeal challenging Sedwick’s decision with the 9th U.S. Circuit Court of Appeals.

"The court has seen through the Trump administration’s illegal attempt to trade away the globally-renowned wildlife habitat and congressionally-designated wilderness lands of the Izembek National Wildlife Refuge," said Nicole Whittington-Evans, Alaska program director for Defenders of Wildlife, in a statement. "This is a victory for an ecologically irreplaceable area and the black brant, Emperor geese, brown bears and stunning array of other wildlife that call it home."

Sedwick’s ruling marks the second time in just over a year that a federal judge has sided with conservation groups and rejected a land exchange clearing the way for a road.

U.S. District Judge Sharon Gleason, in a March 2019 ruling, threw out then-Interior Secretary Ryan Zinke’s approval of an agreement to convey up to 500 acres within the refuge to Alaska Native King Cove Corp. in exchange for unknown land in the area.

The new agreement included the 20-page "Findings and Conclusions" memorandum from Bernhardt that was designed to outline the Trump administration’s exact legal and policy reasons supporting why the "policy change" was "warranted, necessary, and appropriate."

While he acknowledged Interior is entitled to change course, Sedwick wrote "there must be a substantial justification for the switch." That’s especially true if doing so "requires making factual findings that directly contradict the agency’s prior factual findings" — in this case Jewell’s 2013 decision.

While Interior in 2013 ruled a road would "lead to significant degradation of irreplaceable ecological resources" within the wildlife refuge, Bernhardt’s memo "offers no new information or data to justify his contrary finding that the value of the added acreage to the refuge system counters the negative effects of a road through Izembek."

Sedwick added: "The Secretary does not suggest a road poses no ecological harm. Instead he argues that any such harm to this area can be mitigated and is otherwise outweighed by factors that promote ANILCA’s values overall."