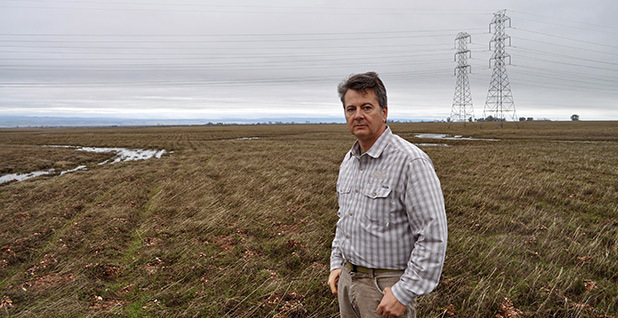 Duarte claimed the "cease and desist" letter violated his constitutional rights. And property rights advocates, Republican lawmakers and the American Farm Bureau Federation highlighted the case in their criticism of the Obama administration’s controversial Clean Water Rule, which another federal court has put on hold.

In April 2014, a federal judge sided with Duarte in the issue. And on Friday, Mueller — who has since taken over the case because the previous judge passed away — agreed that Duarte has "shown there was a final agency action."

"[S]trong words alone do not amount to a distinct deprivation of a constitutionally protected liberty or property interest, particularly where as here they point to the possibility of ‘potential future enforcement,’" she wrote.

With regard to those vernal ponds on the land, she referred to Supreme Court Justice Anthony Kennedy’s concurring opinion in the controversial 2006 Rapanos v. United States case on whether a wetland has a "significant nexus" to a navigable water.

The wetlands on Duarte’s property, Mueller wrote, "have physical connections to Coyote Creek, a tributary of the traditional navigable waters of the Sacramento River."

Lastly, Duarte had argued that his activities, which only amounted to plowing less than a foot deep, were covered by the Clean Water Act’s farming exemption.

Duarte’s lawyers said they are planning an immediate appeal of the plowing issue.