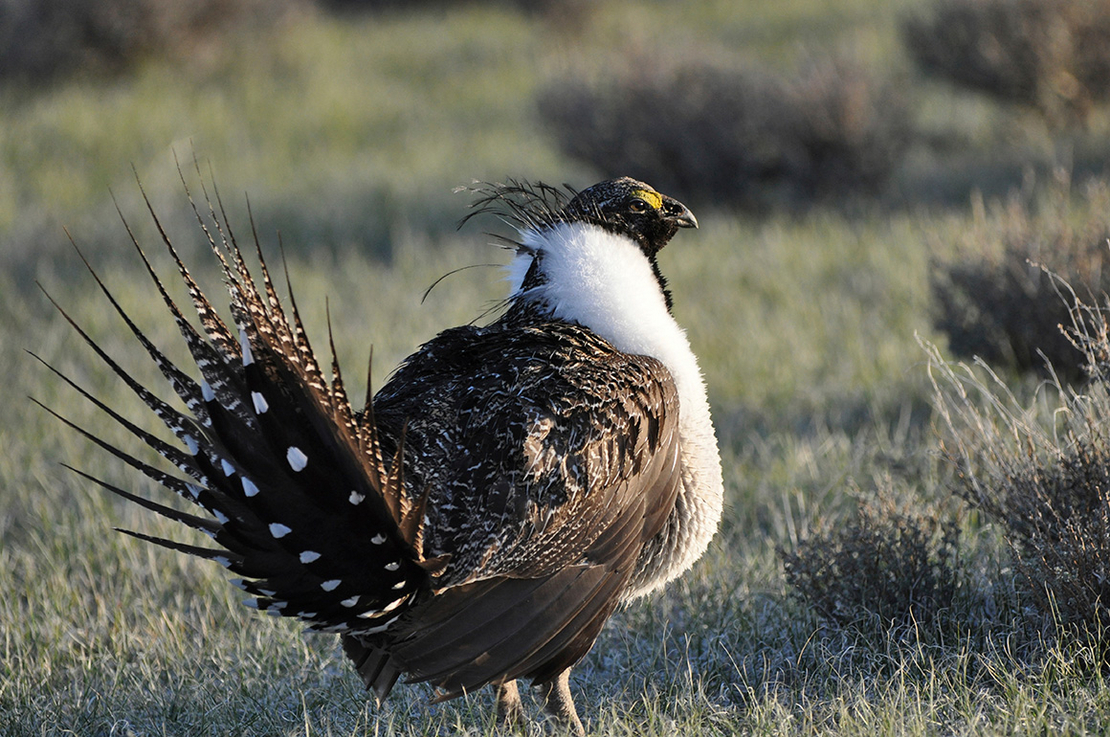 A federal judge has struck down a 2020 Fish and Wildlife Service decision that a distinct subpopulation of greater sage grouse found along the Nevada-California border does not warrant federal protection.

Judge Jacqueline Scott Corley of the U.S. District Court for the Northern District of California issued a ruling late yesterday concluding that FWS did not use the best available science in withdrawing a near decade-old decision to list the so-called bi-state population of grouse as a “threatened” species under the Endangered Species Act.

Corley, a Biden appointee, ruled that the Trump-era FWS decision in March 2020 — which quickly led to a federal lawsuit filed by a coalition of environmental groups — had “erred” in several significant ways.

Among them, she said, FWS was wrong in “concluding that the effective population size” of the bi-state grouse “was above the minimum threshold for viability,” as determined by the service.

Thus, FWS was also wrong in “determining that the bi-state sage grouse is not likely to become an endangered species within the foreseeable future throughout a significant portion of its range,” Corley wrote.

The judge also disagreed with FWS’s reasoning that “cheatgrass removal was sufficiently certain to be effective as a conservation measure.”

“Thus,” she continued, “these errors go to the heart of the Service’s listing decision and are not harmless.”

The judge remanded the issue of ESA protections for the bi-state grouse to FWS “to issue a new final listing decision.”

In the meantime, Corley reinstated the 2013 determination that the bi-state grouse warrants federal protections as a threatened species.

An Interior Department spokesperson said the agency is reviewing the court’s ruling. A DOJ spokesperson did not respond to a request for comment.

But environmental groups involved in the lawsuit were pleased.

“These rare dancing birds have a chance at survival thanks to this court decision,” said Ileene Anderson, a senior scientist at the Center for Biological Diversity, which was one of the plaintiffs in the case.

Anderson added: “We’ve watched for more than a decade as these sage grouse have continued to decline. Without the legal protection of the Endangered Species Act, multiple threats will just keep pushing these grouse toward extinction.”

Though similar to their greater sage grouse kin, the bi-state grouse were declared a distinct population segment in 2010, in part because they’ve been breeding separately from other sage grouse for thousands of years. There are six separate population segments across 4.5 million acres of high-desert sagebrush in Nevada and California.

FWS had based its 2020 decision on a yearlong review of the bi-state population, determining at that time that the threats to the bird “no longer are as significant as believed” when the agency first proposed a rule listing the bird as a threatened species in 2013 (Greenwire, March 30, 2020).

It also based that determination on the work of “a coalition of federal, state, tribal, private and non-governmental partners” as sufficient to protect the bi-state population.

Environmental groups, however, noted estimates that only about 3,300 birds remain. They have been petitioning FWS to formally protect the bi-state population for more than a decade.

That population estimate is well below the 5,000-bird threshold that the groups say scientists have determined is the “minimum viable population” for the genetically distinct birds.

FWS said in 2020 that the decision to withdraw the proposed threatened listing was based on “the best scientific and commercial data available.”

Those data, FWS said in the Federal Register, “indicate that the threats to the [bi-state grouse] and its habitat, given current and future conservation efforts, are reduced to the point that the [grouse] does not meet” the ESA’s “definition of an ‘endangered species’ or of a ‘threatened species.'”

FWS cited as “supporting documents” a peer-reviewed “species report” it prepared for the bi-state population that “represents a compilation of the best scientific and commercial data available concerning the status of the species, including the impacts of past, present, and future factors (both negative and beneficial) affecting the species.”

The court decision comes as overall greater sage grouse populations appear to be struggling, with hundreds of thousands of acres a year of lost habitat due to a combination of severe drought, catastrophic wildfires and the spread of invasive plant species like cheatgrass that can overwhelm the sagebrush ecosystem that the bird depends upon for survival (Greenwire, May 9).