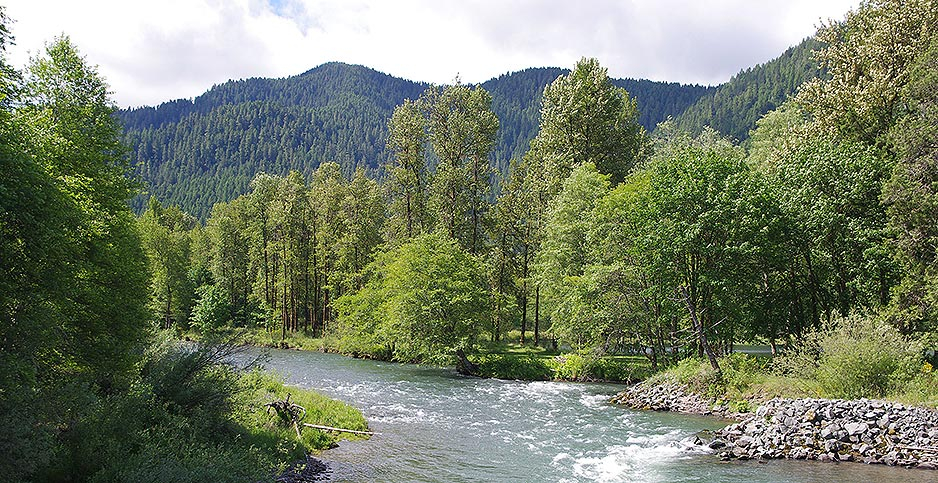 A federal judge has ordered the Army Corps of Engineers to take significant measures at several dams in Oregon to protect threatened salmon, ruling that the agency’s repeated delays in implementing mitigation measures has further imperiled the fish.

The 60-page order lays out extensive steps that the Army Corps must take in its operations of dams in the Willamette River basin to help wild spring chinook salmon and winter steelhead.

It comes after Chief Judge Marco Hernández of the U.S. District Court for the District of Oregon ruled more than a year ago that the Army Corps and other agencies had illegally failed to implement measures required under the Endangered Species Act and laid out in a 2008 biological opinion, or "BiOp."

Those measures included requirements for fish passage at several of the 13 dams in the Willamette Valley Project. But in many instances, Hernández found, the Army Corps hadn’t even started on measures laid out in a "Reasonable and Prudent Alternative," or RPA.

"The Corps," Hernández wrote, "has failed to carry out several of the most important RPA measures."

Hernández held that the agency’s inaction constituted a violation of the Endangered Species Act and, last week, he followed up with specific steps the Army Corps must immediately take.

Those steps included lowering the elevation of reservoirs at several dams and prioritizing flow and spill over hydropower production.

"The Corps has not begun operating any of the permanent downstream passage structures required by the BiOp’s RPAs and will not meet any of the future deadlines for doing so; has essentially abandoned plans to build a facility at Lookout Point Dam; and has not begun studying or planning to construct the fourth fish passage facility discussed in the BiOp," Hernández wrote last week.

In particular, Hernandez said the Army Corps must conduct a deep drawdown of the Cougar Reservoir on the South Fork McKenzie River, a Willamette tributary, and spill operations at the Foster Dam on the South Santiam River.

Hernández’s order stems from a lawsuit filed by the Northwest Environmental Defense Center, WildEarth Guardians and the Native Fish Society. Several local interests, including the city of Salem, Ore., and Marion County backed the Army Corps, but, as Hernández noted, the state of Oregon largely supported the challengers’ proposed mitigation measures.

Army Corps and NOAA Fisheries officials reinitiated consultation in 2018, shortly after the case was filed. But deadlines for a new biological opinion have continued to slip. After first saying it would be done by 2022, regulators now say it should be done by the end of 2023.

"The status of the species has continued to decline since the 2008 BiOp was issued, and the Corps’ operation of the [Willamette Valley Project] is a cause of that decline," Hernández, an Obama appointee, wrote.

The dams in the Willamette basin block between 40% to 90% of the spawning habitat for its salmon and steelhead runs, according to conservationists. They have said some runs, including the spring chinook and winter steelhead in the basin, are on the verge of extinction, in part because of the lack of fish passage built at the dams, including Cougar Dam, which is 519 feet tall. Hernandez previously noted that the fish passage at that dam appears stuck in the "design phase" (Greenwire, Aug. 18, 2020).

The challengers in the case welcomed the ruling, calling it a "reprieve."

"This order comes at a critical moment for wild Willamette River salmon and steelhead," said Northwest Environmental Defense Center attorney Jonah Sandford. "These populations are in real trouble, but the court’s required measures provide a road map for protecting and restoring these fish and this river."