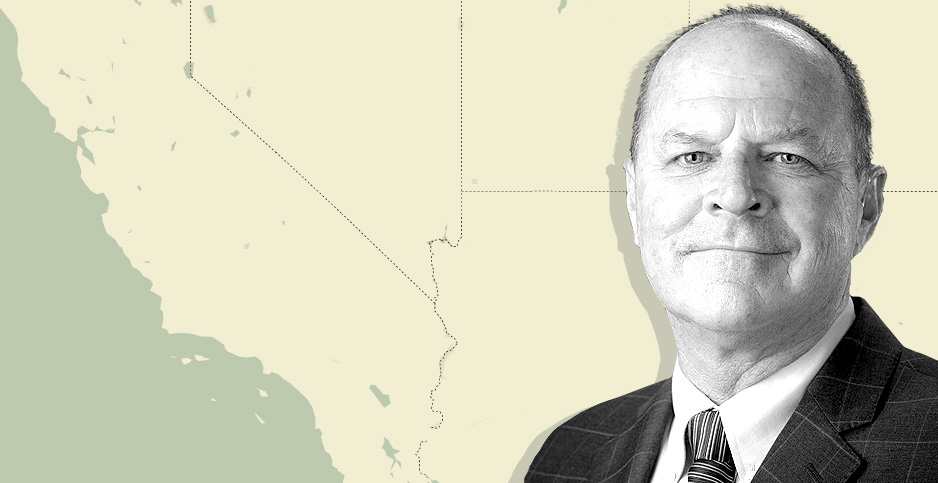 A federal judge Friday tossed a defamation lawsuit filed by an ousted former Trump EPA political appointee who claimed his former bosses made "malicious" statements about him shortly after abruptly firing him.

The court found that Trump EPA Region 9 Administrator Mike Stoker had failed to "show that the Challenged Statements were not made within the scope of Defendants’ employment." Stoker has vowed to appeal.

Stoker charged that former EPA Administrator Andrew Wheeler and top aides in 2020 caused him "emotional and reputational damage" by sending a statement to reporters saying he showed "severe neglect" for his basic job duties (Greenwire, Feb. 7, 2020).

Stoker was seeking more than $75,000 from his former bosses.

Ostensibly, tensions between Stoker and his Washington bosses boiled over his extensive travel and his decision to work out of the Los Angeles office, a roughly six-hour drive from the Region 9 headquarters in San Francisco. Region 9 spans Arizona, California, Hawaii and Nevada as well as the Pacific islands.

When they fired him, the former EPA officials blamed his travel, but Stoker argued that he was never advised not to go or reprimanded. In fact, even though the issue set off alarm bells in the inspector general’s office, the former officials at the time defended his travel (Greenwire, Nov. 26, 2019).

But the officials reversed course in early 2020 when they fired him and blamed his travel after the issue turned into a public spat.

Yet California Judge John Kronstadt, an Obama appointee, last week rejected the notion that the matter amounted to defamation. Specifically, he rejected the claim that the defendants’ press statements were "personal," as they were issued immediately after Stoker’s dismissal and in response to press inquiries, according to filings in the U.S. District Court for the Central District of California.

Kronstadt further rejected the general allegation that Stoker was fired for political reasons. Stoker had not expressly raised that claim, the judge noted, but Stoker had in the litigation alluded to his collaborative relationship with Democratic politicians.

In a response to a request for comment over the weekend, Stoker rejected the judge’s ruling and pointed to a separate defamation case where the judge came down differently.

He added that several lawmakers had told him "they don’t believe Congress intended to allow federal employees to be let off the hook for committing intentional torts when they passed the statute invoked by the US Attorneys."

"If this decision is allowed to stand individuals damaged by federal employees committing intentional torts will have no recourse as the United States as a defendant in a lawsuit can not be liable for defamation," he said, further asserting that the Biden DOJ was "essentially giving these defendants an out of jail card."

Neither Wheeler nor former EPA Associate Deputy Administrator Doug Benevento responded to a request for comment by deadline.

The court’s dismissal arrives as Stoker prepares to release a new book chronicling his role in a series of events that led to an ongoing federal investigation after President Trump made comments about drug paraphernalia being dumped into the Pacific Ocean.

Stoker in his yet-to-be-released new book, titled "Inside the Trump’s EPA," recalls the events in the fall of 2019 surrounding EPA’s decision to slap San Francisco with a notice of violation of the Clean Water Act for all three city wastewater treatment facilities.

The notice, signed by Stoker, accused the city of seven categories of violations, including failing to clean sewer pipes, not posting adequate warning to tell the public when wastewater discharges are occurring, and noncompliance with record-keeping requirements.

City officials at the time said the issue smelled of political interference. The notice arrived just three weeks after EPA staff expressed support for a new permit for one of the plants (Greenwire, Oct. 3, 2019).

Stoker in the book said he had been discussing with EPA lawyers for weeks the need to move toward a settlement and "play hard ball," but those negotiations were interrupted by Trump’s comments on Sept. 19, 2019.

That fall, Trump told reporters San Francisco was in "total violation" of the Clean Water Act, alleging that the city was allowing waste from homeless people — including hypodermic needles — to enter the Pacific Ocean.

"There’s tremendous pollution being put into the ocean because they’re going through what’s called the storm sewer that’s for rainwater," Trump said of both San Francisco and Los Angeles at the time. "And we have tremendous things that we don’t have to discuss pouring into the ocean. You know there are needles; there are other things."

Stoker said he’s not sure why Trump said that.

"I have no idea why the President concluded that the EPA had found syringes in the Bay," he wrote. "While Region 9 did find evidence of all the things referenced in my [notice of violation] syringes were not amongst them." Stoker also said those comments prejudiced the case, made settlement more difficult and revealed that EPA management had briefed the president on his intentions to issue a violation notice.

He also accused Wheeler of violating the agency’s policy of not commenting on matters by sending out a press release on the matter and sending a letter to California Gov. Gavin Newsom (D).

Stoker said the book, which is expected to be released in coming months, also praises EPA career staff and their work to protect public health and the environment.

Wheeler did not immediately respond when asked to comment on the lawsuit or the excerpt of Stoker’s book.

Chuck Young, a spokesperson for GAO, said today that work is still underway but won’t be completed until next year.