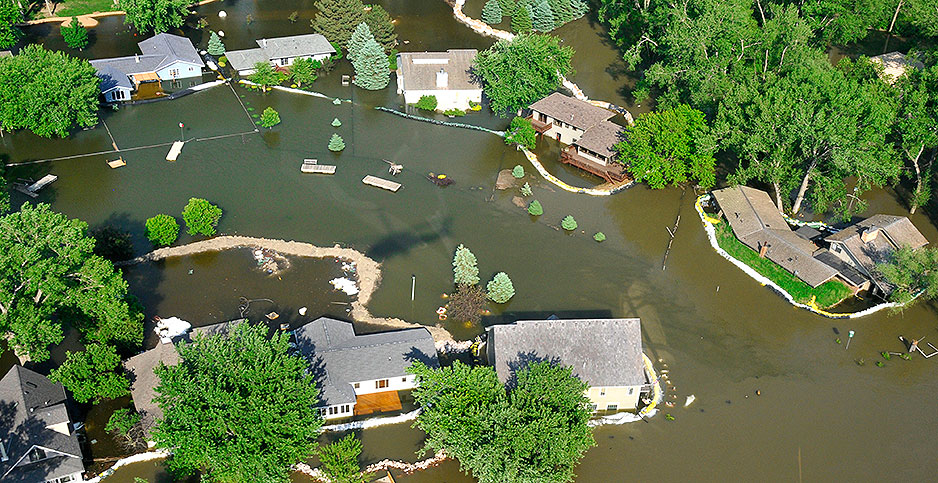 "As a farmer and landowner who has experienced substantial losses from these floods, I’m extremely pleased with this outcome," said Roger Ideker of St. Joseph, Mo., the lead plaintiff. "It rightfully recognizes the government’s responsibility for changing the river and subjecting us to more flooding than ever before."

But John Echeverria, a takings expert at Vermont Law School, said it’s unclear whether individual landowners would be able to get paid for losses due to flooding.

A second phase of litigation will determine the extent of landowners’ losses and whether the government has a viable defense against their claim it took private property without just compensation.

Last year, Firestone held a marathon trial in Kansas City, Mo., and Washington, in which more than 95 witnesses testified over 55 days. Property owners testified about the timing and duration of flooding on their land while government officials testified about the Army Corps’ management of the river system.

As part of its management scheme, the corps installed structures such as pilings and rocks to direct water toward the center of the river. The actions had the effect of narrowing and deepening the main channel, and extending dry land into what was previously the watery river’s edge.

While the Army Corps’ actions made navigation easier, the agency also degraded habitat for fish and wildlife.

Although the case’s cutoff year is 2014, she added, "some plaintiffs have continued to experience flooding."

But the plaintiffs’ attorneys cited Supreme Court precedent to argue the corps’ actions should be looked at cumulatively, since they were arrayed around a "single purpose" of restoring habitat for endangered species.

"It was, as these plaintiffs would say, the ‘combined and cumulative’ impacts of the Corps’ actions over time that constituted a taking," Firestone wrote in a 259-page opinion.

During that year, Firestone wrote, the corps’ releases of water were tied directly to protecting the integrity of the dams and reservoirs in the basin, rather than protecting endangered species.

The judge also rejected the government’s argument that the changes the corps made only increased the "risk" of flooding, and that the corps did not know that they would, in fact, cause flooding.

Of the "bellwether plaintiffs," Firestone found that those who didn’t bring 2011 claims had established that flooding was foreseeable because higher water levels were a "direct and natural consequence" of the cumulative actions the corps took. Some still have to establish the severity of their damages to the court.