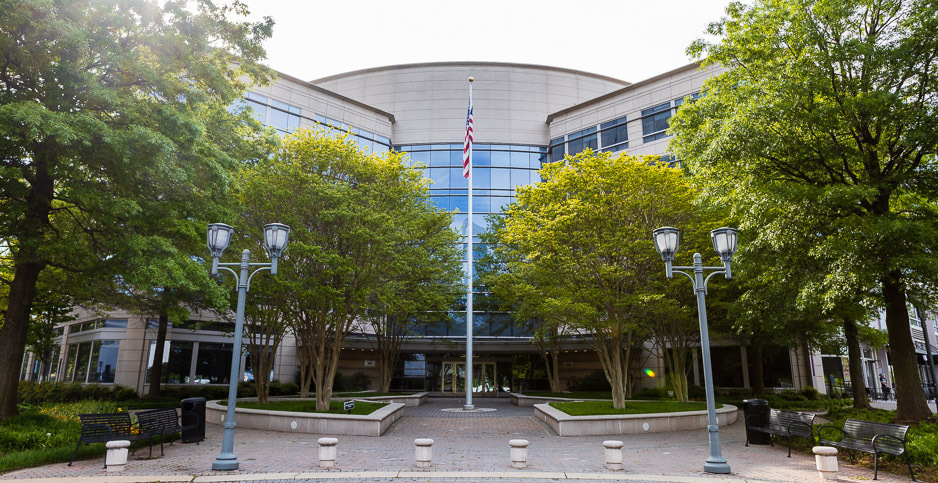 The Fish and Wildlife Service's offices in Virginia. A federal judge struck down Trump administration endangered species rules from FWS and other agencies. Francis Chung/E&E News

While the Biden administration is rewriting the ESA regulations in question, it had sought to keep the Trump-era rules temporarily in place. U.S. District Judge Jon Tigar, though, sided with a number of environmental groups against the Fish and Wildlife Service and NOAA Fisheries in deciding to vacate the rules imposed in 2019.

“Here, the Services themselves concede that they have substantial concerns with the 2019 ESA Rules, both with respect to certain substantive provisions as well as certain procedures that were utilized in promulgating these regulatory revisions,” Tigar wrote.

An Obama administration appointee to the U.S. District Court for the Northern District of California, Tigar noted that the agencies’ chief argument was that vacating the rules would cause confusion among the public, other agencies and stakeholders.

“But, as the Services themselves explain many times, leaving the regulations in place will cause equal or greater confusion, given the flaws in the drafting and promulgation of those regulations,” Tigar wrote.

One of the Trump administration’s rules covered how FWS and NOAA Fisheries designate listed species’ critical habitat. Another eliminated FWS’s former policy of automatically extending to threatened species the protections against “take” that the law automatically provides for endangered species (Greenwire, Sept. 4, 2020).

A third rule changed how FWS and NOAA Fisheries work with federal agencies to prevent proposed agency actions that could harm listed species or their critical habitat.

The Biden administration agreed last December to redo the three rules in response to a lawsuit filed by Earthjustice on behalf of the Center for Biological Diversity, Defenders of Wildlife, the Sierra Club, the Natural Resources Defense Council, the National Parks Conservation Association, WildEarth Guardians and the Humane Society of the United States.

“The court spoke for species desperately in need of comprehensive federal protections without compromise,” Earthjustice attorney Kristen Boyles said in a statement. “Threatened and endangered species do not have the luxury of waiting under rules that do not protect them.”

Mike Senatore, vice president of conservation law for Defenders of Wildlife, added that “instead of being bound by unscientific and illegal Trump rules, we are thrilled that the Biden Administration will have a clean slate to safeguard hundreds of species amidst the ongoing extinction crisis.”

Any federal agency seeking to authorize, fund or carry out an action on designated land must first consult with FWS to ensure that the action is not likely to destroy or damage a critical habitat.

The ESA further states that critical habitat is to be designated “on the basis of the best scientific data available and after taking into consideration the economic impact, the impact on national security, and any other relevant impact.”

The new regulations cited “other relevant impacts” that may be considered, including public health and safety; community interests; and the environment, such as increased risk of wildfire or pest and invasive species management (Greenwire, Dec. 17, 2020).

The ESA requires listing decisions to be made “solely on the basis of the best scientific and commercial data available” and “without reference to possible economic or other impacts of such determination.” The Trump rule eliminated the latter phrase.

The ESA prohibits the “take” of species designated as endangered — myriad actions including those that “harass, harm, pursue, hunt, shoot, wound, kill, trap, capture or collect” a species.

Section 4(d) of the law allows the agency to establish special regulations for threatened species. In 1978, FWS used this authority to extend the prohibition of take to all threatened species. This is known as the “blanket 4(d) rule,” and it essentially means threatened and endangered species enjoy the same protection.

The Trump administration rule eliminated this blanket extension of the same level of protections.

“The Trump Administration’s weakened rules were misguided and dangerous for wildlife,” said Joe Bushyhead, an endangered species attorney with WildEarth Guardians. “We’re relieved that threatened and endangered species and their habitat once again have full protection under the Endangered Species Act.”

The Interior Department said it is reviewing the decision.