Judges set ‘regulatory point of no return’ for midnight rules 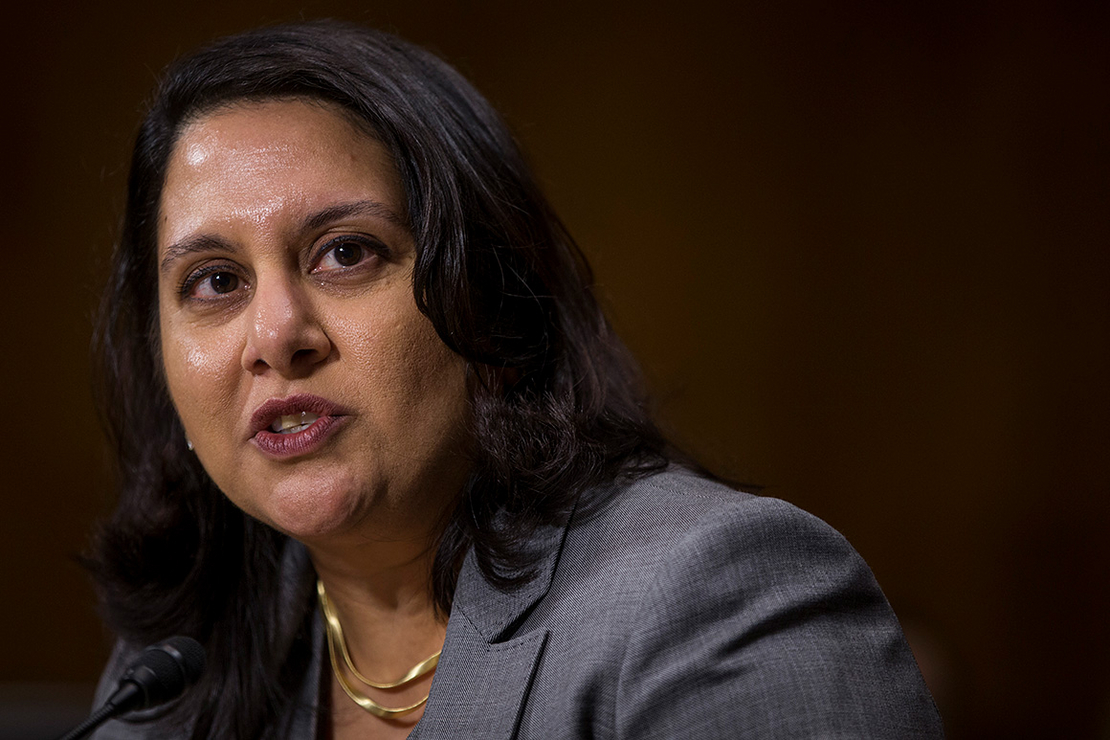 Judge Neomi Rao of the U.S. Court of Appeals for the District of Columbia Circuit, who served as regulatory czar during the Trump administration, dissented from a ruling last week that reset the clock on federal rulemaking. Rao is shown at her 2019 judicial confirmation hearing. Zach Gibson/Getty Images

Departing administrations may now have extra time to finalize last-minute rules after a prominent federal appeals court ruling that faulted the Trump administration for withdrawing an Obama-era rule designed to protect show horses from abuse.

The 2-1 ruling Friday from the U.S. Court of Appeals for the District of Columbia Circuit packs a big punch for federal rulemaking by extending the deadline for administrations — no matter their political party — to finalize regulations on the environment and other key issues.

“Governments — like everyone else — save things for the last minute,” said Sean Marotta, a partner at the law firm Hogan Lovells.

At issue in the D.C. Circuit case was a 2017 Department of Agriculture rule that prohibited the “soring” of show horses — a practice that involves cutting and burning the legs of a horse to create a distinctive gait. The rule took five months to develop and had been filed for public inspection but not yet published in the Federal Register by the time former President Donald Trump took office.

Trump then promptly got to work withdrawing all pending rules, including the USDA horse soring rule.

The Humane Society and other groups hit USDA with a lawsuit claiming that the agency was required under the Administrative Procedure Act to go through notice and comment to repeal the regulation.

The D.C. Circuit in its ruling last week sided with the challengers, with Senior Judge David Tatel writing that a rule passes the “regulatory point of no return” as soon as an agency makes it available for public inspection.

But Judge Neomi Rao — a Trump pick who led the Office of Information and Regulatory Affairs under the former president — wrote in a strongly worded dissent that her colleagues in the majority had latched on to an “obsolete” provision of the Federal Register Act that says a rule is “prescribed” upon public inspection.

“The majority fails to grapple with these statutory requirements and longstanding judicial interpretations of the APA that index a rule’s finality and promulgation to the time of publication,” Rao wrote.

The D.C. Circuit did not rule on the Humane Society’s argument that a regulation can be considered final at an even earlier stage — when an agency posts a prepublication copy on its website, which can occur long before a rule actually lands in the Federal Register.

EPA and the Army Corps of Engineers, for example, offered the text of the Trump-era Navigable Waters Protection Rule months before it was published in the Federal Register (Greenwire, April 21, 2020).

The Humane Society in a statement today celebrated its courtroom win.

“The 2017 Horse Protection Act Rule is a crucial step toward eradicating the terrible and widespread abuse of horses by this faction of the industry,” said Ralph Henry, senior director of litigation for the Humane Society of the United States. “We are gratified that the agency’s unreasoned attempt to withdraw these regulations has been firmly rebuked in a court of law.”

Under President Joe Biden, USDA has said it would withdraw the Obama-era proposed rule with an updated regulation reflecting the latest research on identifying soreness in show horses.

“This is one of those hypertechnical questions of how rules get made and published in the Federal Register that doesn’t matter until it does,” said Marotta.