‘Just get moving.’ Trump admin sits on $16B for disasters 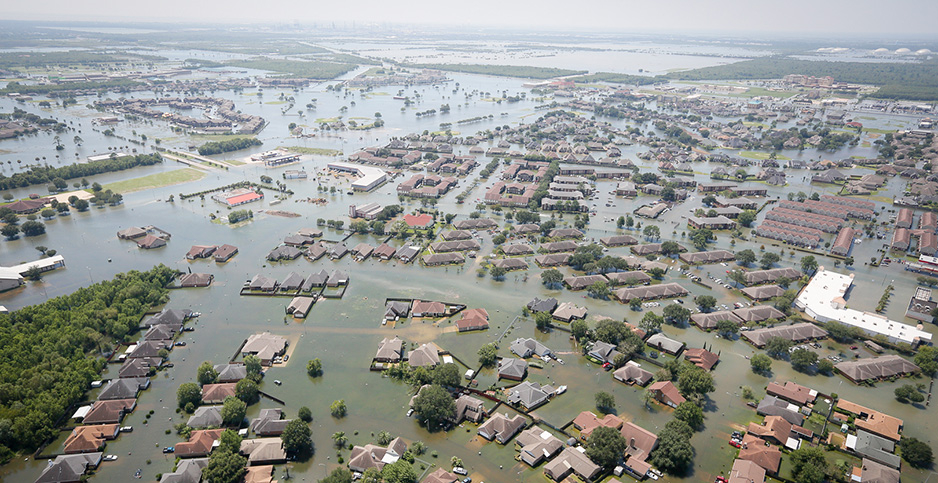 He has referred to the Paris climate accord as a "farce" and the possible effects of climate warming as "decidedly unknown" and "negligible."

That hasn’t stopped Weber from trying to loosen the Trump administration’s grip on billions of dollars in disaster aid to help his Gulf Coast district prepare for the next megastorm.

Texas is one of nearly a dozen states and territories waiting for the Department of Housing and Urban Development to unlock $16 billion in disaster mitigation funds that were allocated nearly a year ago by Congress to help vulnerable communities get ready for the next Hurricanes Harvey, Irma or Maria.

Two major hurricanes made landfall since the money was approved. Still, states and territories like Texas, Louisiana, Florida and Puerto Rico are unable to tap the largest well of disaster mitigation funds ever appropriated by Congress.

Nobody seems to know why.

HUD officials — back from a 35-day furlough — aren’t saying when the administrative logjam will clear. "We hope to publish the program rules shortly. Precisely when, I can’t say," agency spokesman Brian Sullivan said in an email early this week. He provided no additional details.

Officials in coastal states, and Puerto Rico and the U.S. Virgin Islands, say that every day of delay is one day closer to the 2019 hurricane season, and the prospect of billions of dollars in additional property losses.

"Release the rules," implored Weber, whose congressional district includes the city of Port Arthur, an oil refining center on the Texas-Louisiana border.

"Hurricane season doesn’t wait for the government, those rebuilding after a devastating disaster shouldn’t have to either," Weber wrote in a recent op-ed for his hometown newspaper, the Port Arthur News. "We waited long enough."

They may wait longer.

State disaster recovery officials who interact regularly with HUD say they have received no clear guidance from Washington over when funding rules will be published in the Federal Register. Those rules are the triggering mechanism for state governments to begin crafting detailed action plans necessary to receive the funds.

In a letter this week to President Trump, Texas Land Commissioner George P. Bush called on the president to help Texas "cut through the red tape," adding that the delay in Harvey relief grants has caused "homeowner distress, community degradation and increased costs to the federal government due to subsequent damaging events."

Brittany Eck, a spokeswoman for the Texas General Land Office’s Community Development and Revitalization Program, said her agency had been making almost daily inquiries to HUD, including during the shutdown. It’s received no actionable response.

She characterized the agency’s replies as "mixed messages," suggesting progress one day followed by uncertainty the next.

"This really is unprecedented, the amount of money being allocated for infrastructure, so we want to make sure we’re following the rules," Eck said. "The problem is we don’t have any rules, or even a draft rule, to move us forward. What we’re asking now is, ‘Just get moving.’"

In raw dollars, Texas’ portion of the disaster mitigation aid, distributed as community development block grants (CDBGs), is about $4.3 billion. The city of Houston has its own congressional earmark of roughly $62 million.

Unlike other money spent on post-disaster relief, mitigation dollars are to be used for "actions taken to protect communities from the predictable damage from future events."

Examples of mitigation work include home buyouts, flood-proofing and elevating homes, improving stormwater drainage systems for neighborhoods, or elevating an essential road or highway that becomes impassible during storm surges or heavy rainfalls.

How HUD mitigation funds are used in different states depends on the type of disaster risk they face (flood, drought and wildfire are a few), the magnitude of that risk to housing and infrastructure, and the most viable solutions to help reduce that risk.

Officials in Puerto Rico know all too well the island’s risks and vulnerabilities after Irma and Maria destroyed thousands of homes, as well as roads, bridges, and water and electricity delivery systems.

In the 17 months since Maria’s landfall, the island has received HUD allocations totaling $18.5 billion. But those funds have been slow to materialize, stirring frustration among Puerto Rico’s elected leaders and even some senior U.S. government officials.

Last week, the chairman of the Puerto Rico House of Representatives’ Transportation and Infrastructure Committee introduced a resolution to formally investigate HUD’s grant distribution processes, calling it "an exercise in transparency."

And in December, HUD Deputy Secretary Pam Patenaude, who was closely involved in managing Puerto Rico recovery funds, resigned in part over disagreements with other administration officials about the handling of Puerto Rico’s CDBGs, according to The Washington Post.

In Louisiana, which became eligible for the latest round of HUD mitigation funds after floodwaters ravaged the Baton Rouge region in 2016, Gov. John Bel Edwards (D) created the public-private Louisiana Watershed Initiative to help identify flood-risk reduction and mitigation measures across the state’s seven primary watersheds.

Pat Forbes, executive director of the Louisiana Office of Community Development, which administers HUD grants to local governments, said officials there "have not been sitting on our hands" waiting for HUD to publish its rules governing the mitigation grants.

Rather, Louisiana has rallied experts from the public and private sectors to begin identifying ways to shift flood control and stormwater management away from local water boards and parish councils, which traditionally have set flood policies, toward a system that addresses flood risk across much larger areas.

As part of that process, Louisiana will do detailed modeling of each of its watersheds, then identify ways to reduce flood risk on a watershed-by-watershed basis. The work is data-intensive and will require hundreds of millions of dollars to complete, Forbes said.

But until HUD issues its rules governing the CDBG mitigation grants, Louisiana won’t know how to tailor its state action plan to ensure it meets the requirements of the program. "All of these things are imminent, and if we don’t have the money fairly shortly, it will start slowing down our process," Forbes said.

Eck of the Texas land office said her staff is also watching the calendar; the next Atlantic hurricane season begins June 1, just five months away.

Even under a best-case scenario, she said officials would need four to six months to prepare an action plan that could undergo public review and receive final approval from HUD.

An initial planning effort revealed that Texas communities were "chomping at the bit" to engage on flood control and drainage projects, but patience is wearing thin as HUD continues to sit on the state’s allocation.

"I can tell you this — $4 billion is doing us no good sitting in the bank," Eck said.