Just how much oil can the U.S. pump? 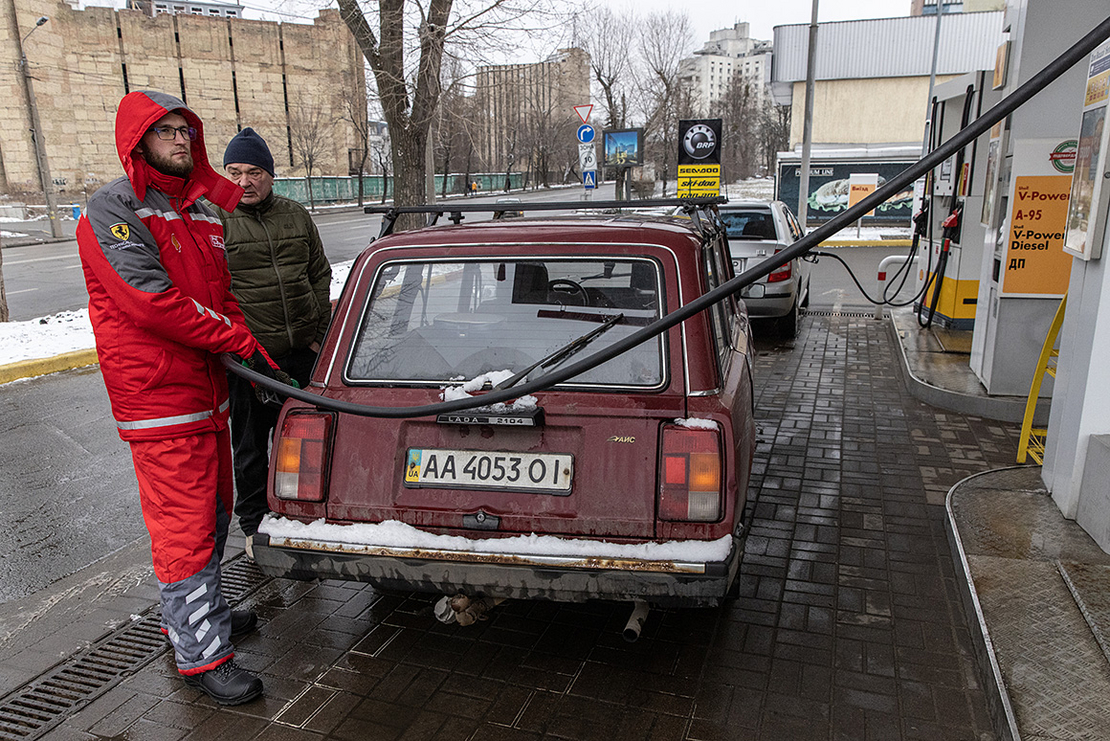 Last week, as the price of oil surged to $115 per barrel, an unexpected thing happened — the number of rigs drilling for oil in America decreased.

Baker Hughes Co., the oil service company, reported Friday the nationwide rig count fell by three to 519 during the week of March 4.

The decrease comes as a growing share of the world spurns Russian barrels in the wake of the country’s invasion of Ukraine. It also underscores an increasingly pressing question: Just how much more oil can the United States pump?

In Washington, a chorus of Republican and industry voices are calling on the Biden administration to boost production by expediting permits, waiving leasing restrictions and permitting the Keystone XL pipeline. Even Elon Musk, CEO of electric car maker Tesla Inc., says the United States should increase oil production.

But many analysts said it would take time for U.S. oil output to rise.

American oil companies are emerging from a series of lean years. The profligate spending of the early shale boom chastened Wall Street — with lenders prioritizing capital discipline over expansive new drilling programs. Economic shutdowns associated with the Covid-19 pandemic prompted many companies to slash their capital budgets in 2020. And efforts to stand up rigs again have been hampered by a tight labor market and a supply chain crunch.

“Demand almost always acts faster than supply,” said Daniel Klein, who tracks the industry at S&P Global Platts. “You can’t slam on the brakes as hard as we did [in 2020] and expect supply to come back as quickly as it came off. There are more speed bumps on supply than there are on demand.”

Western governments have declined to sanction Russia’s oil exports so far. But many traders have voluntarily shunned Russian barrels since the country’s attack on Ukraine. Purchases have become so scant that Shell PLC made headlines Friday when it agreed to buy a cargo of Urals crude, the signature brand of Russian oil.

Russia was the world’s second largest oil producer last year, and a disruption in shipments from the country likely would result in a global supply crunch.

Oil demand has been increasing since the nadir of the pandemic in 2020. OPEC has committed to modest supply hikes. That has turned focus to the United States, which in recent years has surpassed Russian and Saudi Arabia as the world’s top oil producer.

U.S. production was almost 11.6 million barrels a day in December, up from a low of 9.7 mbd in February of 2021, but below the nearly 13 million barrels recorded in the runup to the pandemic, according to the U.S. Energy Information Administration.

“I think we are going to see producers spend more money on drilling with these higher prices. But it will take several months to bring that oil to market,” said Andrew Lipow, president of Lipow Oil Associates LLC, a Houston-based consulting firm.

Most U.S. oil production today comes from shale wells, which are relatively easy to bring online compared to major offshore projects or Canadian oil sands. But the downside to shale wells is that production falls steeply after they are brought online. That means new drilling is needed just to maintain current levels of production. Increasing output requires a major ramp-up in drilling.

The number of American oil rigs has increased steadily since July 2020, when the country reached a low of 172. The 519 rigs recorded last week was up from 480 rigs the first week of the year. By comparison, the United States had more than 800 rigs in the field in 2019.

One potential source of new supply that could be tapped quickly are wells that have been drilled, but yet to be fracked. Companies sometimes will delay fracking a well until prices are favorable to maximize its revenue.

Yet as oil prices have climbed steadily in the last year, companies have begun working off their inventory of DUCs — shorthand for “drilled but uncompleted” wells. Where the national inventory of DUCs stood around 8,800 wells in the summer of 2020, that figure now registers around 4,400, according to EIA figures.

Policymakers have few tools to greatly boost American oil production in the short-term, said Daniel Raimi, an economist who studies the industry at Resources for the Future. It will take years to bring new production online even if the Biden administration offers new leases and speeds permits of major projects. Keystone XL, meanwhile, is largely irrelevant because much of the Canadian oil destined for that pipeline already has found alternative routes to market.

“There is essentially no action the Biden administration could take that would really move the needle on oil prices, or at least policies that would have to do with oil and gas production in the U.S.,” Raimi said.

In the medium to long term, the best thing the United States can do for energy security is reduce its consumption of fossil fuels, limiting its exposures to volatile swings in crude prices and freeing up more oil and gas to be shipped to allied countries, he said.

“As long as we use oil, we are dependent on every other country in the world. It includes Saudi Arabia and Russia. It also includes major consumers like China and India. Because when their consumption goes up, prices go up for us,” Raimi said. “So there is no energy independence when it comes to global oil markets.”

Michael Webber, a professor at the University of Texas at Austin, offered a similar assessment. While the United States should reduce domestic oil consumption and boost its crude exports, increasing its gas exports is even more important, he said.

Gas remains the fuel many rely on to stay warm. Texas, Webber said, should ramp up its wind and solar build-out to free up more gas supplies to export abroad.

“It would be good for the geopolitical scene to export more molecules,” Webber said, adding he did not think that strategy would undermine Biden’s climate goals.