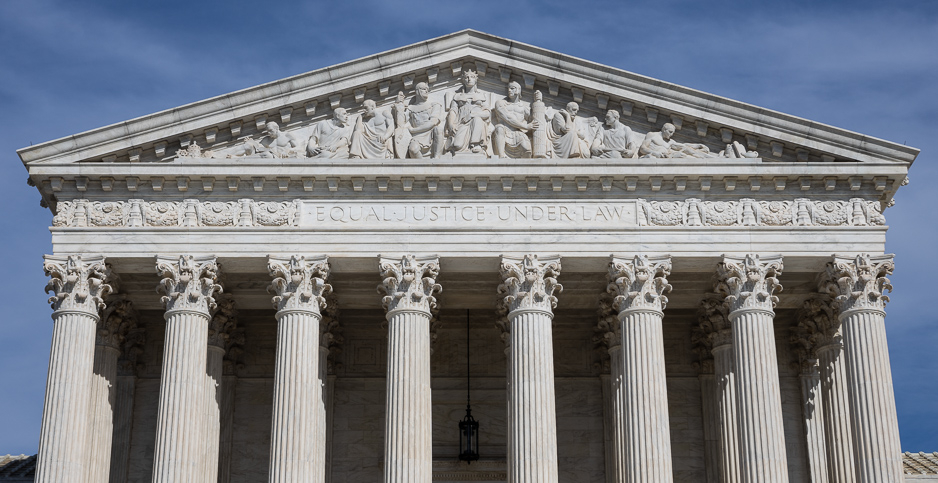 The Supreme Court picked at biofuel-blending exemptions that EPA grants to small refineries today, questioning whether the annual waivers can be renewed once they’ve expired.

In a case that’s drawn attention from Congress and become a top priority for the biofuels and petroleum refining industries, justices zeroed in on whether the exemptions to the renewable fuel standard (RFS) were meant to be temporary — the main argument of biofuel advocates — and seemed to suggest the ethanol industry has a point.

The case stems from a ruling last year by the 10th U.S. Circuit Court of Appeals, which said EPA could only extend existing exemptions, of which there are few from the program’s early days in the mid- and late 2000s.

RFS calls for minimum volumes of biofuel, such as corn-based ethanol, to be blended into gasoline. Refineries that don’t actually blend fuels buy renewable fuel credits called renewable identification numbers (RINs) at market rates that sometimes become one of a plant’s biggest expenses.

In spirited discussions, justices appeared sympathetic to EPA and biofuel groups’ argument that an "extension" as provided in the RFS law can only be offered to refineries that already have one, agreeing with a ruling from the 10th Circuit Court of Appeals and potentially dealing a blow to petroleum refiners.

But some justices also focused on the possibility that small refineries could be forced out of business if they have to comply with the costs of the program every year, such as by buying renewable fuel credits that fluctuate widely in price.

"This is a hypothetical-rich case," said Chief Justice John Roberts, noting varying examples and interpretations of "extension" offered by each side and by fellow justices to argue for or against the government’s position.

Justice Brett Kavanaugh compared the waiver extensions to the continuation of a contract for a sports star whose deal has expired. Justice Elena Kagan likened the situation to a tenant who asks a landlord to extend a lease on an apartment the tenant vacated five years ago.

Petroleum industry advocates argued that EPA has the power to grant waivers to refineries that would suffer economic harm if they are required to comply with RFS. Biofuels groups say the waivers have the potential to put a significant dent in their business and run afoul of the RFS’s goal of establishing ethanol and similar fuels as a key part of the nation’s fuel supply.

Much of the questioning focused on the definition of "extension," which the refining companies said Congress meant to be available at any time to refineries that could show economic harm from the biofuel blending requirement, even if a plant received them one year and not the next.

Had Congress intended to require the extensions to be continuous, said Peter Keisler, a lawyer for HollyFrontier, a refinery might have one good year economically, then be unable to seek another exemption if it faced a hardship later. Nothing in the text of the law — passed in 2005 and updated in 2007 — suggests that, Keisler said.

But Roberts seemed skeptical, telling Keisler, "I’m not sure that’s the strongest position."

An "extension," Roberts said, could be interpreted as an offer, such as extending an offer — the position the refiners take.

"We’d be happy with that reading here as well," Keisler said.

But Roberts, not seeming fully persuaded, said the refiners appear to see the exemption as freestanding "in a roundabout way."

Questions from the bench

Justice Clarence Thomas questioned Keisler about the small refineries’ interpretation of the word "extension" to allow operators to be exempt from biofuel blending requirements with which they had previously complied.

"It just seems a little bit odd to think of an extension for something that has already terminated," Thomas said. "If I were to lose — my electricity is turned off because I failed to pay a bill, then I paid it or I get a reprieve — is that an extension or a grace period? It just seems really odd to read it that way."

Keisler asked Thomas and the rest of the court to compare the situation instead to Congress’ extension of unemployment benefits to workers affected by the COVID-19 pandemic. Those benefits don’t need to be consecutive in order to be extended, he said.

Justice Stephen Breyer noted that Congress appeared to intend for exemptions to the RFS program to "phase out over time."

Kavanaugh and Justice Samuel Alito zeroed in on the argument that the RFS program requirements could put some small refineries out of business.

And Justice Sonia Sotomayor noted that one could interpret "at any time" to mean a refinery could ask for an exemption years after the compliance in question, although Kavanaugh said the court shouldn’t base its interpretation on "extreme hypotheticals."

Christopher Michel, assistant to the solicitor general, argued on behalf of EPA that the program was designed to eventually drive the petroleum industry to change its operations to incorporate more biofuels.

"Drive change to the extent of driving small refineries out of business?" Kavanaugh asked, noting that he did not see language to that effect in the text of the statute.

The biofuels industry has its own economic stake in the fight, said Matthew Morrison, who represented the Renewable Fuels Association in this morning’s arguments.

The waivers affect demand for ethanol, which in turn affects the price of RINs that renewable fuel producers sell to credit regulated entities for complying with the RFS program, Morrison said.

If producers can’t provide ethanol at the levels Congress contemplated, he said, it will have a "devastating effect on the renewable fuel sector."

The calculation isn’t so simple for small refineries, Keisler said in his rebuttal.

To the argument that small refineries can recover the costs of complying with the RFS program, Keisler replied, "We can’t."

The case has generated considerable interest in Congress, where oil-state lawmakers warn that making the exemptions less available will throw small refineries out of business.

Biofuel advocates in Congress warn the opposite — that the ethanol industry is being stifled by EPA’s willingness to grant millions of gallons’ worth of exemptions to the fuel-blending requirements.

Sen. Chuck Grassley (R-Iowa), whose state leads the nation in biofuel production, said "it’s a brand new ballgame" if the court overrules the 10th Circuit and eases the way for the exemptions.

Were the high court not holding session remotely, Grassley told reporters on a conference call this morning, he would have gone to listen to arguments.

"I want them to rule favorably to biofuels," he said.

The case may hinge upon the Renewable Fuels Association’s ability to challenge the small refineries’ waivers, said Bob Percival, director of the environmental law program at the University of Maryland.

Thomas’ questioning of the biofuels groups’ attorney "suggested that he may be leaning toward saying that renewable fuels interests are on shaky standing grounds because their interest is solely commercial," Percival said.

The Supreme Court is expected to reach a decision by early summer.