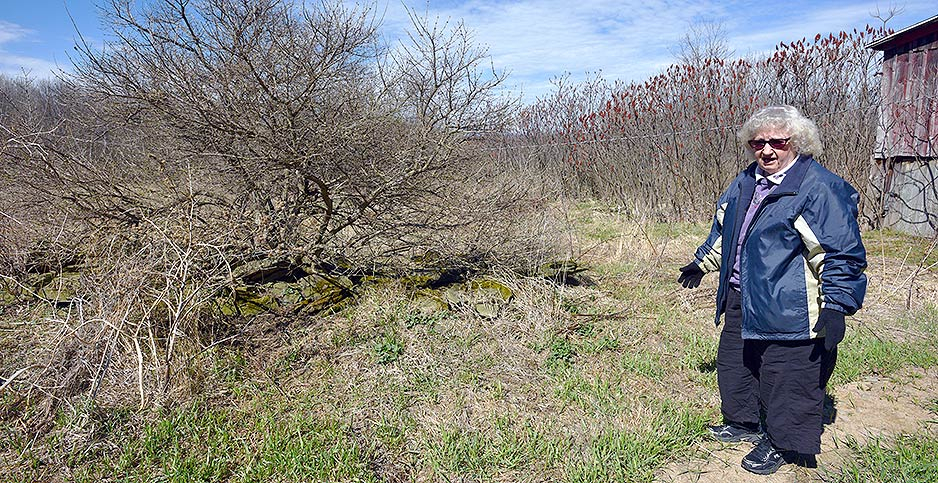 Landowners shouldn’t have to jump through state-level hoops before heading to federal court to accuse the government of taking their property, the Supreme Court ruled today in a decision that overturns a decades-old precedent.

In a 5-4 opinion, the justices sided with Pennsylvania resident Rose Mary Knick on a property rights issue likely to have ripple effects on land use and environmental regulations.

The fight centers on an alleged burial ground on Knick’s land in western Pennsylvania’s Scott Township. A local ordinance requires landowners to allow public access to old cemeteries and burial sites. Knick challenged the policy as a violation of her property rights but ran up against what many critics call a Catch-22 in takings litigation.

Under a 1985 Supreme Court precedent known as Williamson County, landowners must bring claims against local governments in state court before they can proceed to federal court. But legal rules generally prevent federal courts from re-reviewing already litigated cases.

The Supreme Court struck down the precedent today, a hard-fought victory for property rights advocates.

"We now conclude that the state-litigation requirement imposes an unjustifiable burden on takings plaintiffs, conflicts with the rest of our takings jurisprudence, and must be overruled," Chief Justice John Roberts wrote for the majority, which included the rest of the court’s conservatives.

Roberts reasoned that landowners have a claim under the Fifth Amendment — which bars the government from taking property without compensation — as soon as the taking occurs and therefore have access to federal court right away.

"That conclusion has no basis in the Takings Clause," the court’s liberal wing said in dissent. "Its consequence is to channel a mass of quintessentially local cases involving complex state-law issues into federal courts."

It also accused the majority of overruling precedent without meeting the Supreme Court’s high bar for doing so.

Justice Brett Kavanaugh’s involvement in the case was critical. Without his vote, the court would have split 4-4 and affirmed the state litigation requirement.

Eight justices heard oral arguments in October, before the Senate confirmed Kavanaugh to the bench. They invited the parties to return to court in January — before all nine members — to zero in on certain legal issues (E&E News PM, Jan. 16).

Experts expect the ruling to have ramifications for similar challenges to local governments’ environmental regulations or land use plans — helping landowners get to federal court swiftly.

"This decision is a very long time coming for Rose and other property owners who have had federal courtroom doors slammed shut in their faces whenever they seek compensation for a governmental taking of their private property," Pacific Legal Foundation attorney Dave Breemer, who represented Knick in the case, said in a statement.

Case Western Reserve University law professor Jonathan Adler noted that landowners with takings challenges against the government will still have to meet a high bar in court, but he said the ruling may lead to other developments for property rights law.

"An important caveat is that the decision does not alter the substantive standard for evaluating regulatory takings claims, and such claims remain hard to win, but it ensures more landowners get their day in court," he said in an email.

"In the long run, this may also help accelerate the substantive development of takings law in federal court, as there will be more cases for courts to evaluate, ultimately producing more cases for the Supreme Court to review."

"In the energy-regulation space, we can expect more — and more successful — challenges to statutes and ordinances that, to take examples from recent trends, destroy or significantly damage oil, gas and mineral rights. Think fracking bans," he said in an email.

That dynamic may also discourage policymakers from adopting laws and regulations that could spur such litigation, he said.