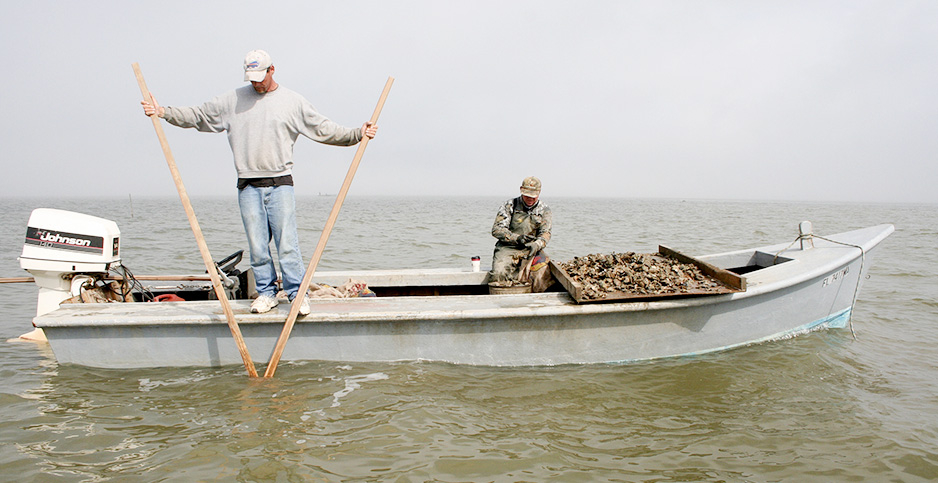 Florida’s bid to curtail Georgia water use that the Sunshine State claims decimated its oyster industry flowed into a tough audience at the Supreme Court today.

The case has been a yearslong saga and is now making its second appearance at the high court. But in spite of that, the justices continued to grapple with conflicting evidence, leading Justice Clarence Thomas to call it the "case of the disappearing water."

Indeed, Justice Stephen Breyer said, there is conflicting evidence about how much water is being taken out of Georgia’s rivers before they reach Florida, and how much restoring it would actually help Florida’s oyster industry.

"How do you get around that?" Breyer asked, noting that some of Florida’s evidence seems to just be oystermen who went out and said, "’Hey, there are a lot of dead [oysters] out here.’"

The case concerns the three rivers that compose the Apalachicola-Chattahoochee-Flint River Basin. The Chattahoochee and Flint rivers both originate in northern Georgia, flow down the state and meet at the Florida border, where they merge and become the Apalachicola River. That river then flows south, into Apalachicola Bay in the Gulf of Mexico.

Along the way, the Chattahoochee serves Atlanta’s growing metropolis, but the case is mostly focused on peanut, cotton and other farming in southwest Georgia that relies on the rivers for irrigation water.

Attorney Gregory Garre of the firm Latham & Watkins, representing Florida, said the evidence is clear that "Georgia’s irrigation use has skyrocketed."

That, Garre said, combined with droughts and climate change, deprived Florida’s Apalachicola Bay of inflows and led to the 2012 collapse of its oyster industry.

Florida is asking the Supreme Court to take an unusual step and issue a decree to curtail some of Georgia’s water use under the "equitable apportionment" doctrine.

In 2018, the Supreme Court narrowly sided with Florida in a 5-4 decision. But its ruling was narrow and only addressed assigning another "special master" to the case to examine evidence. It also stated that Florida would only win if a court order would "substantially outweigh the harm" that might result from it (Greenwire, June 27, 2018).

Georgia sought to poke holes in Florida’s arguments precisely on those grounds.

In particular, the state contends that it remains unclear just how much curtailing Georgia’s water use would actually help Florida’s oystermen.

Further, Georgia contends that the type of increased flows that Florida is requesting would boost the oyster harvest by only 1.4%. And the state says the flows into Florida are determined by the Army Corps of Engineers, which manages multiple dams in the region, including one on the border.

Gorsuch noted that under one scenario studied by a special master in the case, it would cost Georgia and its farmers $100 million to implement the measures to increase flows. But that same analysis found that Florida’s oyster industry is valued at $6.6 million.

"Why doesn’t that preclude or at least pose a problem for you?" Gorsuch asked.

Garre conceded that "if you conclude that costs outweigh the benefits, we’re done." But he said there are many steps Georgia could take that wouldn’t cost anything, such as eliminating over-irrigation and enforcing permit terms.

That seemed to gain traction with Justice Sonia Sotomayor, who put it to Georgia’s attorney.

"I’m just not sure how we can ignore the fact that there are measures that wouldn’t be costly," she said. "Why should we ignore that those conservation methods would come at no costs?"

Primis, however, disagreed with that characterization of the solutions. He noted that 80% of Georgia’s farmers are not overwatering and said that type of solution would turn the Supreme Court into a "local water regulator."

Sotomayor also pressed Florida’s attorney. She noted that the remedies Florida seeks for a modest boost to the oyster population don’t seem to be backed up by evidence that it would make enough of a difference for the Supreme Court to weigh in.

"I’m doubtful that a 10% change is sufficient to be viewed as an invasion of rights," she said. "How would that justify the use of an equitable remedy?"

Justices also questioned whether they should put a price tag on the ecosystem beyond just the oyster industry.

"What is at stake is precious ecosystem," Justice Samuel Alito said. "How do we take that into account?"

A ruling from the court is expected by June.