Justices to decide whether villagers can sue over coal plant 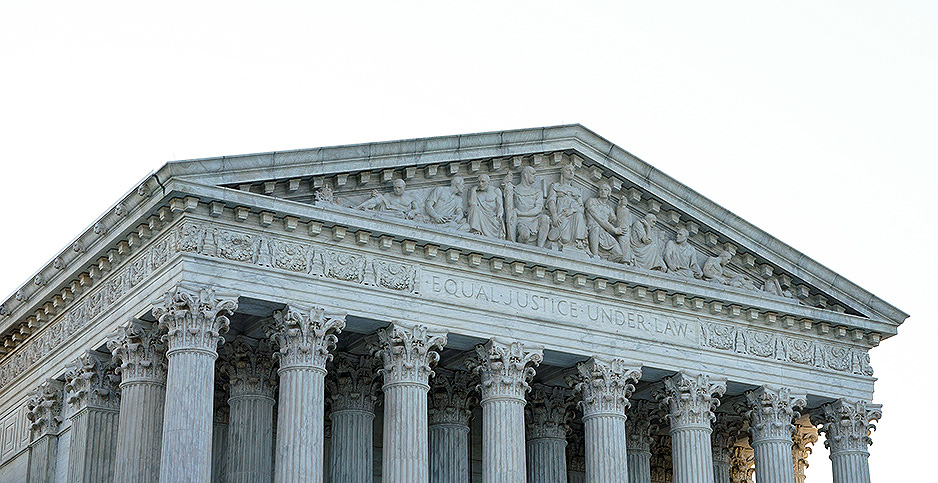 A long-running battle over a coal-fired power plant in India lands at the Supreme Court this week in a case that could have big implications for international environmental law.

The justices are set to hear arguments in Budha Ismail Jam v. International Finance Corp., a dispute that pits Indian fishermen and farmers against an arm of one of the globe’s most powerful financial institutions, the World Bank Group.

The Indian villagers say the International Finance Corp., the World Bank’s private lending arm, must answer for environmental and economic damage caused by a coal plant it financed in the coastal province of Gujarat.

The IFC provided a $450 million loan for the Tata Mundra Ultra Mega Power Project in 2008 to help supply electricity to the region. IFC officials helped craft a plan to address potential environmental and social impacts and left the plant operator in charge of ongoing management of those risks.

Fishermen and farmers say the organization should have ensured the environmental protection measures occurred. Instead, they say, air pollution and cooling system discharges from the facility are harming local communities, groundwater and fish.

The villagers made their case in federal court in Washington, D.C., arguing that the U.S.-based IFC violated its own procedures and failed to enforce the loan agreement to minimize environmental impacts. The district court found the organization is immune from lawsuits in American courts, and an appellate court agreed.

The immunity question now goes to the Supreme Court, which will decide whether challengers like the Indian fishermen have the right to take the IFC to court.

"Ideally, what would happen when these harms occur is that the IFC would take steps to solve the problem, and that doesn’t always happen," said Erika Lennon, senior attorney for the Center for International Environmental Law.

CIEL filed an amicus brief in July supporting the villagers.

Can the IFC be sued?

The legal debate in the case centers on the extent to which the IFC is immune to legal challenges.

Lawyers for the group say the International Organizations Immunities Act shields the body from litigation. The 1945 law specifies that groups like the IFC receive the same level of lawsuit protection as foreign governments. At that time, those governments were provided with "virtually absolute immunity," the IFC told the Supreme Court.

Since 1945, however, the level of immunity for foreign governments has changed. Under the 1976 Foreign Sovereign Immunities Act, Congress adopted a "restrictive" rather than "absolute" approach to immunity: Nations can be sued in American courts when they are essentially acting as a private commercial entity or when they inflict harm on U.S. soil.

In a 1998 case, the U.S. Court of Appeals for the District of Columbia Circuit found that Congress’ tweak for foreign government immunity didn’t change the standard for international organizations. The court relied on that precedent in 2017 when it rejected the IFC case.

The IFC and its allies say adopting the latter approach would subject the IFC to a flood of litigation and interfere with its ability to provide financing for projects in risky locales.

"If Petitioners’ interpretation prevailed, almost every financing IFC made anywhere in the world could be the subject of a lawsuit in Washington, D.C., by any number of plaintiffs who may have some asserted interest in the development project at issue," the corporation told the Supreme Court in a brief.

If the villagers win at the Supreme Court, they’ll have to go back to district court to make their case about how the power plant actually harmed them.

A ruling for the Indian petitioners could ensnare all types of IFC projects, including those designed to broaden energy access in developing countries.

Improving electricity access across the globe is one of the IFC’s development priorities, one that sometimes comes into conflict with its climate goals. The organization finances a variety of renewable and fossil fuel projects.

Other multinational groups, including the Great Lakes Fishery Commission, Pacific Salmon Commission and World Health Organization, warn that their work would be vulnerable to expensive litigation too.

"Organizations would need to divert their limited resources from the financing of these good works to cover the considerable financial and administrative burdens associated with defending themselves from civil litigation in the United States," they said in a brief, adding that the cost would ultimately be borne by countries that fund the organizations, including the U.S.

EarthRights International, which is helping to represent the Indian petitioners in the case, disputes the likelihood of a huge wave of litigation and argues that allowing the IFC to remain shielded from litigation allows the powerful organization’s actions to go unchecked.

"There are errors that the IFC made in this project that are difficult to undo and that are having real impacts on people," EarthRights general counsel Marco Simons said in an interview. "That’s the whole point of allowing some sort of legal accountability."

In fact, the World Bank Group’s own ombudsman office flagged concerns with the IFC-financed project in Gujarat but lacked any enforcement mechanism to correct problems.

Simons said greater accountability would push the IFC — which some environmentalists have criticized for frequent support of fossil fuel projects — to make wiser financing organizations and comply with its own standards, which prioritize pollution prevention, biodiversity, community health and other factors.

"What we would expect is that international organizations would be a little more careful," he said. "That’s what liability does; it makes people think twice about engaging in reckless activity."

Lennon, from the Center for International Environmental Law, said it’s unclear whether increased legal risk would actually change the projects the IFC agrees to finance. But, she said, it would help ensure swift action to address concerns raised after the fact.

"It’s overall about making sure that there’s a place for when there’s environmental harm, that that can be remedied," she said, "and that the IFC, whose mandate is for there to be positive development outcomes, can be held accountable."

The Trump administration will participate in oral arguments on the villagers’ side, agreeing with their argument that absolute immunity is not the default for international organizations. A bipartisan group of members of Congress also supports the petitioners.

Other international groups and former Treasury and State Department leaders from Republican and Democratic administrations, meanwhile, have lined up behind the IFC. International law experts have come down on both sides.

Donald Verrilli Jr., solicitor general during the Obama administration, is arguing on behalf of the IFC.

The case will go before an eight-justice court, as newly installed Justice Brett Kavanaugh, who participated in part of the case while on the D.C. Circuit, has recused himself from Supreme Court proceedings.

The court will hear arguments Wednesday at 11 a.m.