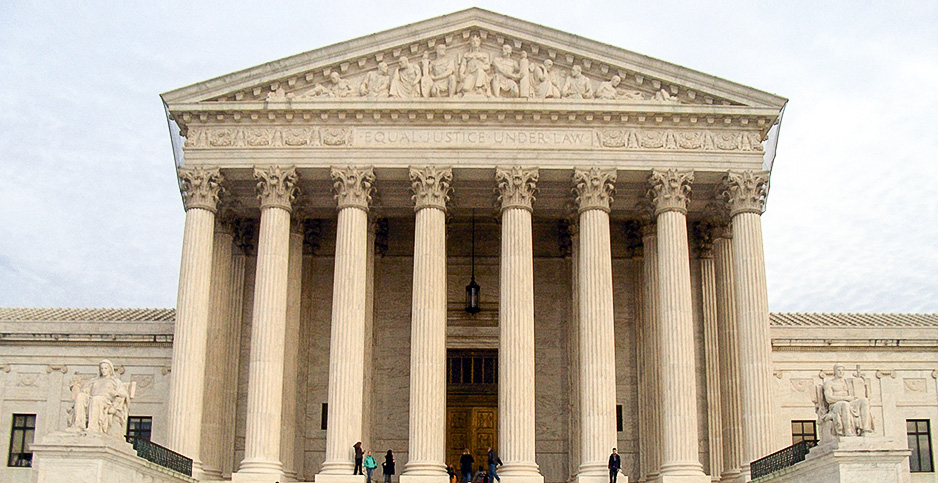 Supreme Court justices today heard arguments on a property rights case that could have lasting impacts for environmental regulations. JoshBerglund19/Flickr

The Supreme Court struggled today with the possibility of scrapping a legal precedent that controls where many property rights battles are litigated.

The high court heard arguments in Knick v. Township of Scott, a dispute over a local cemetery ordinance in western Pennsylvania that landowner Rose Mary Knick considers an unconstitutional taking of her property.

Knick and her lawyers from the conservative Pacific Legal Foundation are asking the court to overrule part of a 1985 case that requires most challenges like hers to be raised in state-level proceedings rather than federal court.

Other members of the court’s liberal wing also appeared skeptical of Knick’s claim. Justice Sonia Sotomayor questioned whether scrapping the 1985 precedent would create a patchwork of federal and state involvement in takings litigation. She noted that many federal issues are routinely litigated in state court.

Justice Elena Kagan asked how a landowner could have a federal takings claim before a state proceeding resolves whether the local government should provide compensation for a challenged action.

PLF attorney J. David Breemer argued that the precedent was not a sleeping dog at all, but more like a dog "run wild," closing the federal courthouse doors to landowners with legitimate Fifth Amendment property rights claims.

"She can’t even get in through the courthouse door," he said.

The ordinance at issue in the case involves cemeteries — requiring Knick and other landowners to allow public access to old burial sites on their land — but it could have broader impacts for property rights cases stemming from environmental rules and land-use restrictions (Greenwire, Oct. 2).

Knick says the township of Scott owes her just compensation under the Fifth Amendment for authorizing a "physical invasion" of her 90-acre property, where township officials say an old burial site exists.

Under the 1985 precedent known as Williamson County, however, Knick must go through Pennsylvania court proceedings to make her claim. And if she loses at the state level, federal rules generally preclude her from then trying the case in federal court.

The United States joined the case as a friend of the court to support part of Knick’s position.

Solicitor General Noel Francisco argued today that Williamson County, when combined with those preclusion rules, had the "unintended consequence" of blocking landowners from federal court if they fail at the state level.

Several justices expressed sympathy for the position of landowners like Knick.

Chief Justice John Roberts said "one of the problems" with the existing state-court requirement is that those proceedings are often very expensive and time-consuming and could discourage people with legitimate claims from raising them at all.

Attorney Teresa Ficken Sachs, representing the township, cautioned that tossing the 1985 precedent would trigger federal jurisdiction over local land-use regulations across the country.

Both liberal and conservative justices appeared troubled by that prospect.

Roberts joked that if they overrule the case, Breemer can answer all the letters the Supreme Court receives from federal district court judges frustrated about an inundation of complex takings cases involving questions of state law.