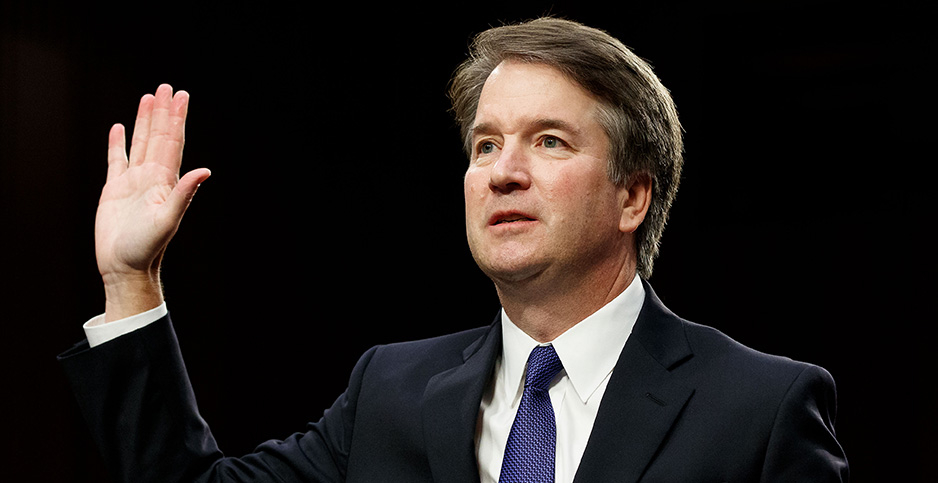 Kavanaugh defended his record, noting a number of times he ruled in favor of environmental regulations during his 12 years on the U.S. Court of Appeals for the District of Columbia Circuit.

The answer was teed up by Sen. Orrin Hatch (R-Utah), who opined during today’s Senate Judiciary Committee hearing that his Democratic colleagues who are concerned about Kavanaugh’s environmental record might be simply frustrated that they haven’t been able to get their own policies passed.

Kavanaugh shared a list of cases in which he upheld regulations from EPA and other agencies. His highlights:

Kavanaugh also cited the D.C. Circuit’s decision to reject as premature Murray Energy Corp.’s challenge to the Clean Power Plan before it was finalized.

Finally, he pointed to his vote in Natural Resources Defense Council v. EPA, in which the court rejected an "affirmative defense" for cement makers’ accidental emissions of hazardous air pollutants.

"I wrote the opinion saying, ‘No, it’s not in the law, and yes, that might be a problem for industry, but we follow the law regardless,’" he said.

Environmental advocates aren’t convinced. They’re concerned about a collection of other decisions in which Kavanaugh has struck down environmental protections and, in their view, applied an overly narrow view of agency authority.

Although not calling to get rid of Chevron deference entirely, the judge has expressed some skepticism about the doctrine, under which courts typically defer to an agency’s judgment when a law is ambiguous on an issue.

Kavanaugh said the executive branch too often fails to persuade Congress to pass its policies and then tries to fashion new authority out of old laws by claiming they are ambiguous.

"We don’t rewrite those laws," he said. "The executive branch also shouldn’t be rewriting those laws."

Other members of the judiciary panel focused their questions this morning on executive power, reproductive rights and sexual harassment allegations against his former boss, recently retired Judge Alex Kozinski.

Kavanaugh maintained that he knew nothing about the allegations against the 9th U.S. Circuit Court of Appeals judge before they were announced and said the news was "a gut punch" that left him disappointed and angry.

Senators on both sides also zeroed in on judicial independence, asking Kavanaugh whether he would feel pressure to be loyal to Trump or any other politician.

"Senator, if confirmed to the Supreme Court and as a sitting judge, I owe my loyalty to the Constitution," Kavanaugh told Hatch. "That’s what I owe loyalty to."

The panel’s initial round of questions is expected to last well into the night. The senators have a follow-up round tomorrow, and outside witnesses are slated to speak Friday.