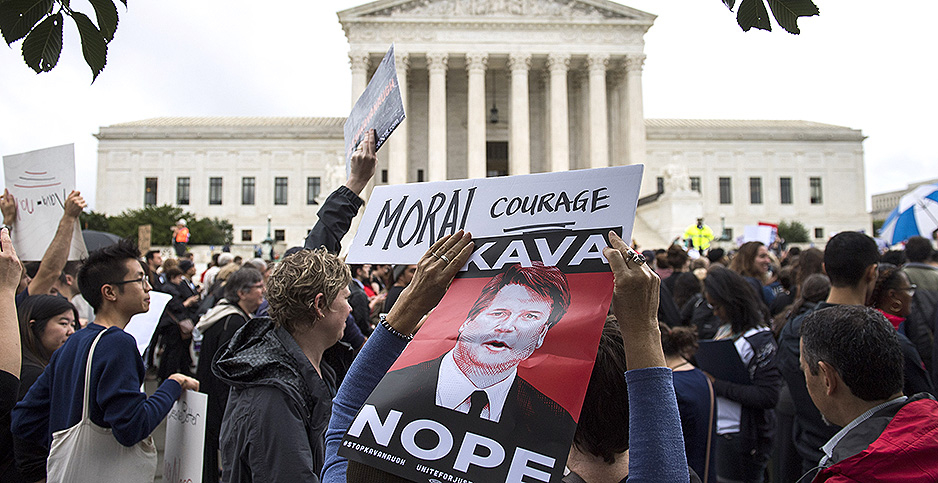 The slowdown and potential derailment of Brett Kavanaugh’s confirmation to the Supreme Court has immediate implications for Endangered Species Act litigation on the court’s calendar.

On Monday morning, the high court will open its new term with arguments over habitat protections for the dusky gopher frog, an endangered amphibian in the South.

It’s unlikely Kavanaugh will be there.

The nominee appeared to be cruising toward Senate confirmation two weeks ago before sexual assault allegations surfaced. Now Kavanaugh and his first accuser, Christine Blasey Ford, are set to testify before the Senate Judiciary Committee on Thursday.

Republicans have blazoned confidence they’ll ultimately confirm Kavanaugh to the bench, but the vote count remains uncertain. And even with enough support, it would be nearly impossible to have him seated in time for Monday’s Supreme Court arguments.

A fastest-case scenario would likely look like this: The panel could act on the nominee immediately after Thursday’s hearing. After moving the nomination out of committee, lawmakers are required by chamber rules to invoke cloture and allow for 30 hours of post-cloture debate before a final vote.

The Senate would have to stay in session through the weekend for a full Senate vote on Kavanaugh to occur before Tuesday.

That means the ESA case and the rest of next week’s arguments — including disputes over property rights and executive power — will likely be heard by an eight-justice court.

Environmental lawyers are trying to game out what the timeline means for the dusky gopher frog.

The ESA case pits timber company Weyerhaeuser Co. against the Fish and Wildlife Service, which in 2012 designated a large swath of private land in Louisiana as critical habitat for the animal — even though the 100 or so frogs in existence live in Mississippi.

Many environmentalists thought Kavanaugh would look askance at the habitat protection for the frog. They point to his record of skepticism in ESA cases he fielded as a judge on the U.S. Court of Appeals for the District of Columbia Circuit.

"From a wildlife point of view and from a public interest point of view, Kavanaugh absolutely does not value natural services," Center for Biological Diversity attorney Bill Snape said. "Never has, apparently never will."

Without Kavanaugh, FWS and environmental allies might have better odds.

If an eight-justice court splits 4-4 on the case, it affirms the lower-court decision at issue. In the ESA case, however, an ideological split between the conservative and liberal wings of the court is not guaranteed.

If a split on a final vote did occur, the justices would rely on the 5th U.S. Circuit Court of Appeals decision that upheld FWS’s critical habitat designation.

The dusky gopher frog’s fate may not be that simple.

Supreme Court procedure could yield a variety of outcomes, including the eventual participation of Kavanaugh or some other new justice.

Justices traditionally do not participate in cases argued before they joined the court, but there’s no rule against it.

"I believe [Justice Neil] Gorsuch did not participate in cases argued before he was on the bench, but his vote was not needed to decide the outcome of them," said Bob Percival, head of the environmental law program at the University of Maryland.

Harvard Law School professor Richard Lazarus said the justices make rare exceptions to their standard practice of voting only in cases whose arguments they attended. The late Chief Justice William Rehnquist, for example, voted in some cases after listening to recordings of arguments he missed due to cancer.

"But, unlike Kavanaugh, Rehnquist was a sitting justice at the time of argument," Lazarus said in an email. "Kavanaugh would not be."

The more likely path forward for the frog case, if the justices split 4-4, is for the court to set a case for reargument, he added.

Reargument means all the parties return to the courthouse for a do-over.

Mayer Brown attorney Timothy Bishop noted numerous instances in which the court has scheduled reargument to break a deadlocked vote.

After Rehnquist’s death in 2005, the court scheduled reargument in cases involving freedom of speech, the death penalty and police searches.

"Presumably, the Court restored these cases to the calendar because an equally divided vote had resulted," Bishop, who was joined by some co-authors, wrote in a Supreme Court practice book.

If the eight current justices split on the dusky gopher frog case, Lazarus said the case would "very likely" take a similar path.