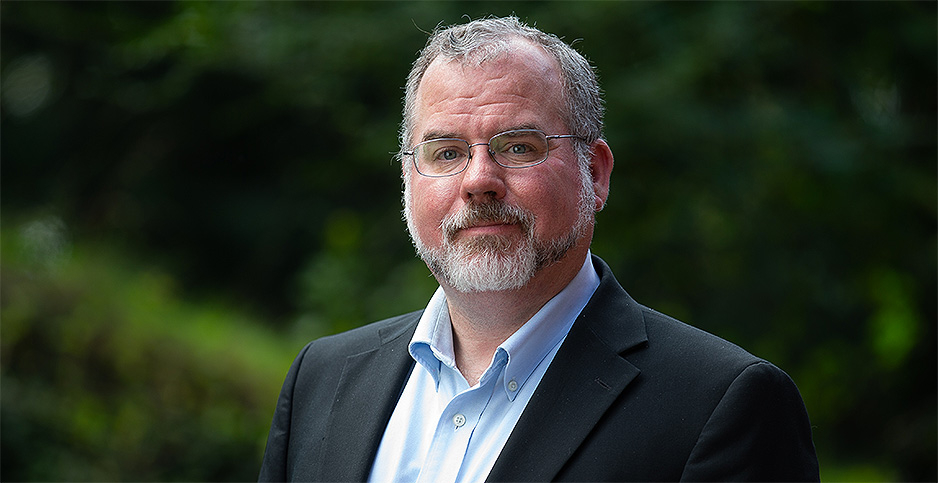 After nearly three decades of "sustained outrage," Ken Ward Jr. is striking off on his own.

Ward, 52, is an award-winning environmental and investigative reporter whose coverage of the coal industry in Appalachia has earned him national recognition.

For Ward, a West Virginia native and graduate of West Virginia University, the coal industry has left a complicated legacy on the communities he calls home.

"Coal has been a curse on the land and the people," he said in a recent interview.

"At the same time, it’s true that coal mining put food on the table for thousands of West Virginia families for many generations," he added. "It also gave people a sense of community and identity."

Ward has received numerous awards and honors for his reporting. He won a "genius grant" from the MacArthur Foundation in 2018 and was named a member of the ProPublica Local Reporting Network in 2017. He lives with his wife and 15-year-old son in Charleston.

The intrepid journalist recently spoke on the phone with E&E News about reporting on coal magnate Don Blankenship, starting a new venture amid the novel coronavirus pandemic and documenting the "last dying gasps" of the coal industry.

Why did you decide to leave the Charleston-Gazette Mail?

Well, I think it was just time to try something new and different. For me, 28 years was a long time to be doing the same job in the same place.

What does the paper’s motto, "sustained outrage," mean to you?

The late publisher of the Gazette-Mail, Ned Chilton, coined that phrase. It refers to the fact that we have such a short attention span in the media. We write a story about this outrageous thing that some powerful person or some powerful industry has done, and then we move on to the next story. But to me, having "sustained outrage" means that you write the same story over and over again — and you pound on the outrage over and over again — until somebody does something to fix the problem.

What was your favorite story you wrote for the Gazette-Mail, and why?

Gosh, favorite story. You know, "favorite" is an interestingly loaded word. For better or for mostly worse, much of my career has been documenting death and destruction and disease and disaster — all of the things that befall West Virginians who are just trying to make a living in a very difficult place to do that. I’ve told people many times that if part of my business is writing about all of the awful things that powerful industries do to West Virginians, I would be happy to be out of business and go sit on a beach somewhere.

So I don’t necessarily reject the word "favorite," but I bristle at it and don’t want it to come off the wrong way. But I would say the story that sticks with me is covering the Upper Big Branch mine disaster, which killed 29 miners. Covering that and covering the criminal cases that grew out of it — especially the prosecution and eventual imprisonment of Don Blankenship, the then-CEO of Massey Energy — really sticks with me for a number of reasons.

What are the main reasons that the story resonated with you?

Well, 29 deaths today seems like a blip on the radar, given that 500 West Virginians are projected to die over the next few months from coronavirus. But seeing a list of 29 coal miners that died at UBB was almost unfathomable to me at the time.

Another reason the story sticks with me is that it really stood on the shoulders of other journalists, especially my mentor, Paul Nyden, who had written about Massey Energy and documented the way the company put profits and coal production over the safety of workers and communities.

Finally, there was a scene that really touched me. When Don Blankenship appealed his conviction, I traveled down to Richmond to cover the oral argument in the 4th Circuit Court of Appeals. When I walked into the courtroom, there were a couple of the family members, people who had lost loved ones at UBB. And one of the women turned around and said, "There’s Ken. We knew Ken would be here. The Gazette‘s always been here for us." To have those folks feel that way about the newspaper — I mean, if that’s not what journalism is about, I don’t know what is.

How do you view the coal industry and its impact on Appalachian communities?

There’s a great historian named John Alexander Williams who describes the coal industry far better than I ever could in his book ["West Virginia: A History"]. He essentially writes that coal has been a curse on the land and the people. That’s because generations of West Virginians could say, "Well, I don’t need to build better schools. I don’t need to study hard and go to college. I can just get a job in the mines." We see where that’s gotten us.

At the same time, it’s true that coal mining put food on the table for thousands of West Virginia families for many generations. It also gave people a sense of community and identity. And [Sen. Joe Manchin (D-W.Va.)] is right when he says that the coal miners in West Virginia built this country and helped it defeat the Depression.

How would you describe the current and future state of the coal industry in this country?

You know, power gives up power very grudgingly and not without a fight, so we’re seeing kind of the last dying gasps of the coal industry today. And of course we’re seeing the natural gas industry play a lot of cards out of the coal industry’s playbook, trying to continue that resource curse and to continue to drain as much of the wealth out of these mountains as it can.

Have you ever gotten pushback on your reporting from the coal industry?

Well, sure, and I don’t think that’s any surprise. As I said, power gives up power grudgingly. But I don’t like to make too much of the pushback because in other parts of the world, journalists are risking their lives and their personal safety to report the truth. So a nasty op-ed or a call to the publisher — I just don’t think that’s something for me to squawk very much about.

What’s next for you professionally?

Starting on March 1, I went on staff full-time as an investigative reporter with ProPublica. And I’m also launching a new nonprofit outlet in West Virginia.

Why did you decide to launch the new nonprofit outlet? And why now?

Some people think it’s a crazy time to be doing this. You know, the stock market is tanking, and the economy is crumbling. But when in the course of my lifetime — or any of our lifetimes — has kick-ass local investigative journalism been more needed than it is now? So for me, while there’s a lot of headwinds, I think this is the perfect time to be launching a venture like this.

We’re also incredibly fortunate that the American Journalism Project and Report for America have helped fund us and given us a lot of business-side guidance. And we’ve moved very quickly. In about a month from six weeks, we’ve gone from nothing to getting a write-up in The New York Times.

We’re still very much a work in progress, but our goal is to give West Virginians the journalism that they need and that they deserve. And that’s what we’re gonna do.

Do you have any names in mind for the new outlet?

We haven’t settled on a name yet. We’ve been calling it the Report for West Virginia Project, but I think that probably won’t be the eventual name of our organization. Unfortunately, my favorite, the Mountain State Muckrakers, probably won’t make the cut, either. [Laughs]

What is a typical day like for you right now?

I’m married, and I have a 15-year-old son named Thomas and a cat named Henry. So the four of us have been hunkered down in our house in Charleston during the pandemic, trying to follow all the public health guidelines. We have two adults working at home, and my son doing his schoolwork at home. He’s reading Shakespeare and teaching himself to play piano and brushing up on his Spanish and also starting to learn French. And other than work, all I’m doing is helping him build the Lego Death Star. [Laughs]