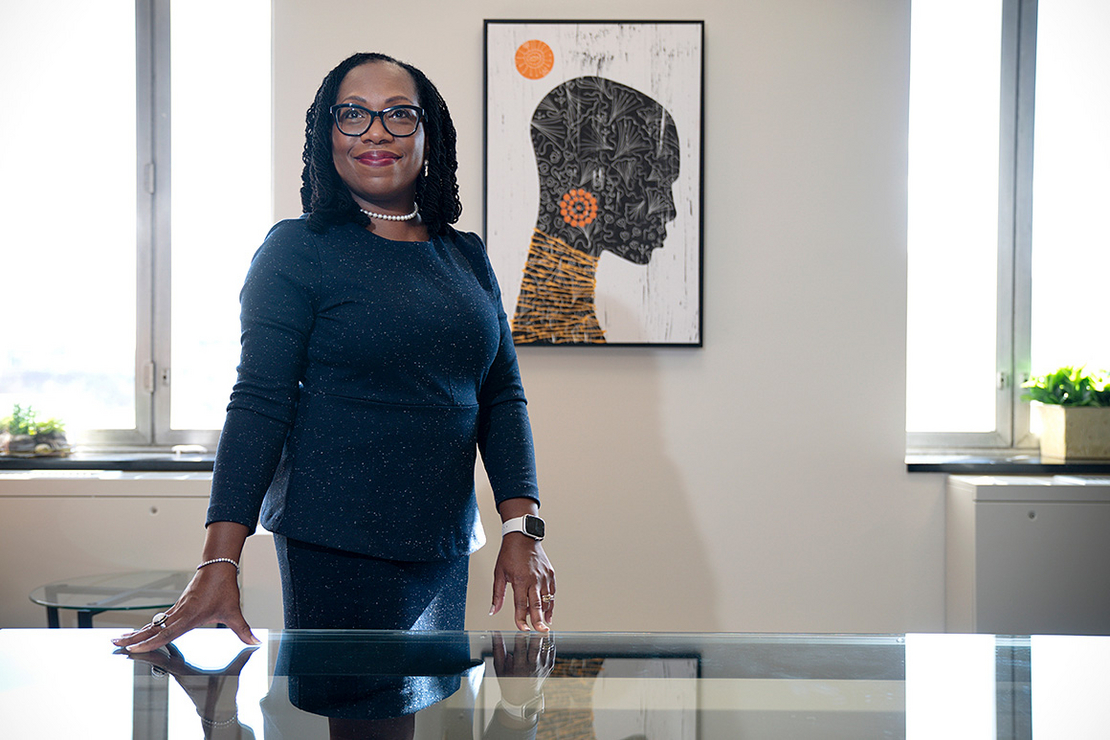 Ketanji Brown Jackson’s nomination to the Supreme Court may affect the ongoing legal debate over how or even whether the federal government should apply the social cost of carbon to its decisionmaking.

President Biden announced Friday he was nominating Jackson as the first Black woman to be a justice on the high court. If confirmed by the Senate, she will replace liberal Justice Stephen Breyer, who plans to retire after the current Supreme Court term.

Her nomination throws into question the outcome of pending cases Jackson has heard while serving — for less than a year — as a judge on the U.S. Court of Appeals for the District of Columbia Circuit. That includes a lawsuit aiming to require energy regulators to use the social cost of carbon in their analysis of projects.

The metric puts a price on a ton of carbon emissions and is used by federal agencies to determine the societal benefits of stricter rulemaking. It has also been at the center of a fierce debate in federal courts over the government’s obligations to more fully account for climate risks.

But with her nomination in hand, Jackson appears unlikely to weigh in on the issue, legal experts said.

“Traditionally, a judge does not sit on cases or participate in decisions while she is the nominee,” said Sean Marotta, a partner at the Hogan Lovells law firm.

In a situation like this where the panel hasn’t yet reached a decision, the two remaining judges could issue a ruling on their own, if they agree on the result. If not, a third judge would be brought in to break the tie, Marotta said in an email.

“I am less clear on what will happen after she is confirmed and as she is waiting for the end of June for Justice Breyer to retire,” he added.

One of the cases the court has yet to decide is a challenge brought by the Delaware Riverkeeper Network that is seeking to overturn the Federal Energy Regulatory Commission’s certificate for the 84-mile Adelphia Gateway pipeline project in Pennsylvania.

In oral arguments in the case last fall, Jackson questioned why FERC would have to estimate potential upstream emissions of constructing the natural gas pipeline when it can’t get data on impacts like increased gas production. FERC has argued that it is not required to use the social cost of carbon in its analyses.

But Jackson also pushed back on the level of FERC’s analysis of potential downstream emissions from burning the natural gas. Pointing to the D.C. Circuit’s 2018 ruling in the landmark Sabal Trail case, she noted that the court had found then that the agency had not done enough to assess the climate risks of the Sabal Trail pipeline or the broader Southeast Market Pipelines Project.

Just as with that case, here again FERC had failed to consider the Adelphia Gateway pipeline’s downstream emissions.

“It seems FERC plugged in zero, we are assuming it has no impact. That can’t be right,” Jackson said of the Pennsylvania project (Energywire, Sept. 27, 2021).

The other judges on the panel for the case are Judge Judith Rogers, a Clinton pick, and Senior Judge Laurence Silberman, a George W. Bush nominee.

The challenge over FERC’s climate analysis remains unresolved as a separate ruling from another federal court had blocked the federal government’s application of the social cost of greenhouse gases, which also includes estimates of emissions costs from methane and nitrous oxide.

The Biden administration had warned that the decision from Judge James Cain of the U.S. District Court for the Western District of Louisiana would have sweeping consequences for federal rulemaking and lead to delays in federal oil and gas leasing (Energywire, Feb. 22).

The ruling also comes into conflict with other federal court decisions that have required the federal government to more carefully consider cumulative and indirect climate impacts in decisionmaking.

Robert Percival, director of the Environmental Law Program at the University of Maryland, also said he did not expect to see Jackson release more opinions as the Senate considers her nomination.

“I think it is a good practice because it avoids any appearance that the decision might have been influenced by an attempt to curry favor in the confirmation process,” Percival said in an email.

He noted that after Justice Sonia Sotomayor’s nomination to the Supreme Court, two other judges decided an American Electric Power Co. climate case at the 2nd U.S. Circuit Court of Appeals.

Similarly, then-D.C. Circuit Chief Judge Merrick Garland did not participate in the 2016 oral argument on the Clean Power Plan held before a full panel of active judges on the court. He had been nominated that March to the Supreme Court, though his nomination was ultimately blocked by Republican lawmakers.

The pipeline case is not Jackson’s only pending energy case.

The D.C. Circuit also has yet to issue a decision on an offshore leasing challenge.

Jackson, along with Judge Robert Wilkins, an Obama pick, and Judge Gregory Katsas, a Trump appointee, had heard arguments in January on whether they should ax the environmental review underpinning two 2018 Gulf of Mexico lease sales.

The judges had appeared ready to cancel the leases for failing to consider enforcement of safety regulations to prevent a catastrophic oil spill similar to the 2010 Deepwater Horizon disaster (Energywire, Jan. 11).

During a hearing, Jackson questioned why the Bureau of Ocean Energy Management wouldn’t have needed to address the Trump administration’s plan to change an offshore leasing regulation as it was drafting a review of the lease sales under the National Environmental Policy Act.

“I’m concerned about the suggestion that the agency doesn’t have to take that into account,” she said.

Jackson was able to expand her judicial record on energy issues somewhat before her recent Supreme Court nomination.

Just last week, Jackson joined a majority opinion penned by Judge Neomi Rao, a Trump nominee. The court temporarily blocked an order from FERC that prevented NTE Connecticut LLC from being able to sell electricity from its new natural gas power plant in Connecticut to the New England grid.

Last month, Jackson was also part of the panel that gave the Department of Energy 90 days to explain why it was justified in tightening regulatory standards for commercial packaged boilers in 2020. The court had found the agency needed to show “clear and convincing evidence” that stricter standards were needed (Energywire, Jan. 20).

Jackson nearly had the chance to rule on whether FERC had improperly authorized the pipeline for the contentious Jordan Cove liquefied natural gas export terminal in Oregon, a decision that could have had implications for the construction of future export projects.

Landowners challenging the LNG project had made the case that the commission could not use eminent domain for a pipeline whose natural gas was solely destined for export.

But the court never reached the merits of the case. In November, the D.C. Circuit had ordered FERC to review whether to pause authorization for the Pacific Connector pipeline associated with the Jordan Cove LNG project (Energywire, Nov. 2, 2021). The following month, project developer Pembina officially told FERC it was canceling the project.

It’s hard to find any clear pattern with Jackson’s environmental opinions, and she would bring an open mind to the Supreme Court, said Pat Parenteau, a law professor at the Vermont Law School.

“She seems to take each case on their facts and legal merits and apply standard tools of administrative law and precedent,” said Parenteau.

“I don’t get the sense she leans in any particular direction or has strong views on the controversies that arise between energy policy and climate change,” he said.