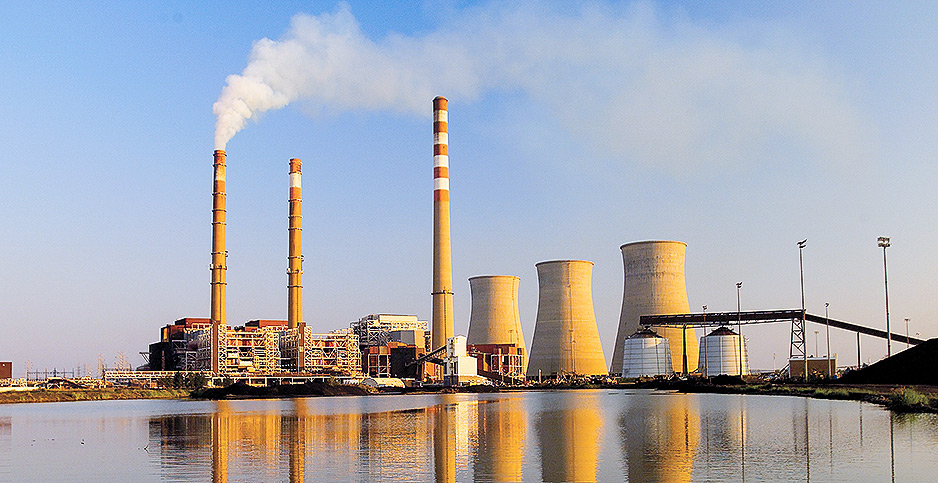 Twenty-one young Americans are headed to trial later this month to argue that they have a right to a safe climate. They're demanding a national plan to phase out fossil fuels. Seen here is the Tennessee Valley Authority's Paradise Fossil Plant in Kentucky. TVA Web Team/Wikimedia Commons

Twenty-one young Americans will go to trial later this month to argue that the government has infringed on their constitutional right to a safe climate.

If they’re successful — and the idea has gained momentum in recent years — the trial in Juliana v. United States slated to begin Oct. 29 in federal court in Oregon could be a milestone in climate law.

The plaintiffs’ case draws in part from the idea of public trust, a centuries-old principle dating to ancient Rome and British common law.

As spelled out in a seminal 1971 paper by University of Michigan law professor Joseph Sax, the public trust doctrine states that natural resources are meant for citizens’ benefit, and that the government is responsible for protecting and maintaining them.

But where Sax and prior scholars focused on land and water resources, Juliana is a relatively new application of the doctrine: that air falls in the public trust under the government’s purview.

The plaintiffs make their case in a two-pronged attack, arguing that the government’s reaction to and fueling of climate change has eroded both rights of theirs protected under the Constitution and the safeguards of the public trust doctrine. The climate, they argue, must be protected for current and future generations.

"The laws that we really turn to in this effort are foundational laws; they’re laws that explain why we have government in the first place and what our basic human rights are," Julia Olson, the plaintiffs’ lead attorney, said in San Francisco at the Commonwealth Club of California in February of 2017.

"And one of those is the public trust doctrine," Olson said. It holds that the government must guard common supplies, like air and water, in perpetuity, she said.

"Those resources need to be protected for everyone’s benefit and us," she added.

The plaintiffs — aged 11 to 22 — sued the U.S. government in 2015, accusing it of violations of the public trust and of their inherent rights embedded in the Constitution to live in a safe and stable ecosystem.

They demand a court order saying the government has undermined their rights to a safe climate, as well as a court-mandated national plan to phase out fossil fuels across the United States.

Much of their case boils down to a deluge of climate science. At the upcoming trial, which could last more than 50 days, researchers specializing in climate analysis, environmental law and biology are slated to be witnesses. Many, such as Joseph Stiglitz, a Nobel laureate and economist, submitted court papers this summer. He warned that the United States is on the brink of irretrievable ecological collapse.

"Based on the best available science, our country is close to approaching that point," he wrote (Climatewire, July 9).

The strategy of using public trust to combat climate change traces back to the mid-2000s.

Mary Wood, a University of Oregon law professor, took up the issue in the wake of Hurricane Katrina, wondering whether the public trust doctrine would be useful in addressing man-made climate change. She was familiar with public trust issues, but not in relation to climate law.

"When I actually read the science that emerged around the time of Katrina, especially the science of Dr. James Hansen, I found it mind-blowing," she said. "I thought, ‘There’s so little time left before irreversible tipping points, statutory law is never going to work in time.’"

Wood refocused her own studies. She set out to draft a legal plan that would force the government to act swiftly to curb heat-trapping emissions, directly because of its obligation to protect the atmosphere as a shared public resource.

Under the concept of "atmospheric trust," the United States and other governments would be required to act as trustees of the atmosphere, with members of the public as beneficiaries. Bound to prevent major harm to the resource, government officials would use the best available science to define those limits and then work to meet the obligation.

"It was the first time that I think anyone’s really brought a litigation approach that would be called macro in scale," she said of climate lawsuits broadly. "All of the litigation approaches up to that time were very, very micro, even the regulation under the Clean Air Act."

Wood published and spoke about her research. Then, in 2010, she met Olson at an environmental law conference in Eugene, Ore.

"She came up and she said, ‘I want to take this to the courts,’" Wood said. "Really, the whole litigation strategy on the practical level is really all attributable to her."

A year later, Olson had set to work filing lawsuits and state-level petitions.

The approach had a bumpy start and drew doubt from judges and some lawyers.

Courts tossed some early lawsuits, in which Olson argued her points at the state level, and some environmentalists dismissed the approach as "Hail Mary pass litigation" (Greenwire, Dec. 19, 2012).

"On one level, it’s understandable because environmental law was dominated by statutes for four decades," said Wood, who isn’t involved in the litigation but has signed on to amicus briefs with other law professors.

But many of those critics have since become more open-minded.

Wood attributed the lessened skepticism to two factors — that the Juliana case has cleared so many legal hurdles and that the White House no longer has a president purporting to take ambitious action to fight climate change.

"I think the skepticism held a lot more power when there was a president who claimed to do something about climate," she said. "It was much harder to convey the importance of this case during the Obama administration. Now, all pretense of the executive branch pulling us out of our climate crisis has flown out the window."

One former skeptic of the public trust strategy summed up his change of heart in an email to Wood: "Nothing else remains."

Traditional public trust claims have cropped up most often in cases dealing with navigable water and wildlife. But the concept has recently gained traction in other contexts.

In Pennsylvania, the state Supreme Court relied in part on public trust in 2013 when it found a shale drilling rule trod on a state constitutional requirement that natural resources be protected for the people. The court affirmed the approach last year in another oil and gas case (Energywire, June 2, 2017).

And just two months ago, a state court ruled that California’s public trust doctrine applies to groundwater withdrawals that affect larger waterways in the state.

The approach has drawn copycats from overseas, too.

A 9-year-old girl, Ridhima Pandey, sued the Indian government in 2017, accusing it of breaking its obligations to protect the environment for her generation and those to come. Another young girl, Rabab Ali of Pakistan, sued her government, saying it is falling short, too. And nearly 900 Dutch citizens successfully sued the Netherlands in 2015 for more robust goals to cut emissions, though the case is pending appeal (Climatewire, March 22).

In the United States, the Justice Department has fought hard to defeat the public trust argument. First under President Obama, and then even harder under President Trump, DOJ tried several times — unsuccessfully — to get the Juliana lawsuit thrown out of court.

Eric Grant, a DOJ lawyer, described the case to a federal appellate court in December as a nuisance. Appealing to the judges on the 9th U.S. Circuit Court of Appeals, Grant said it was "litigation that is distracting the executive branch from the discharge of its constitutional duties."

But Michael Blumm, a law professor at Lewis & Clark Law School, said the arguments in the case should be taken seriously.

He said the youth plaintiffs can easily argue that climate change has harmed them and that the government must step in to protect land and water resources by protecting atmospheric resources.

"The easiest thing to do is to say that the atmosphere is adversely affecting the water," he said, noting that rising carbon emission levels are tied to extreme flooding and ocean acidification. "There is an undeniable link between carbon in the atmosphere and adverse water resources."

Legal scholars see parallels between Juliana and previous landmark decisions on constitutional rights, such as Brown v. Board of Education.

In its unanimous 1954 ruling in the case, the Supreme Court found that the segregation of schools based on race violated constitutional protections. Yet desegregation took years to take hold and is still an issue in some U.S. cities.

Juliana, with its ambitious constitutional arguments, could be similarly crucial for the education of the American public to climate change, Blumm said.

"I think that Juliana ought to be thought of in sort of the same way," he said. "It’s teaching people," he added. "It might start an educative process."

Blumm continued, "If they win, it’s not going to change things overnight; it’s just going to induce the government to do stuff."

Brown, he said, is the "predecessor that I hope we’d have in mind."

Before the Supreme Court justices ruled 5-4 in 2015 that bans against same-sex marriage are unconstitutional, the case had plenty of skeptics. And the same can be said of lawsuits against the tobacco and lead paint industries, before they succeeded, Frank said.

"All of those were thought to be creative or out there or absolutely wacky" by many, Frank said.

In a way, Sax, the public trust scholar, foresaw the climate lawsuit.

"Public concern about environmental quality is beginning to be felt in the courtroom," he wrote in 1971. "Private citizens, no longer willing to accede to the efforts of administrative agencies to protect the public interest, have begun to take the initiative themselves."