La. race an energy fight between Dems in ‘Cancer Alley’ 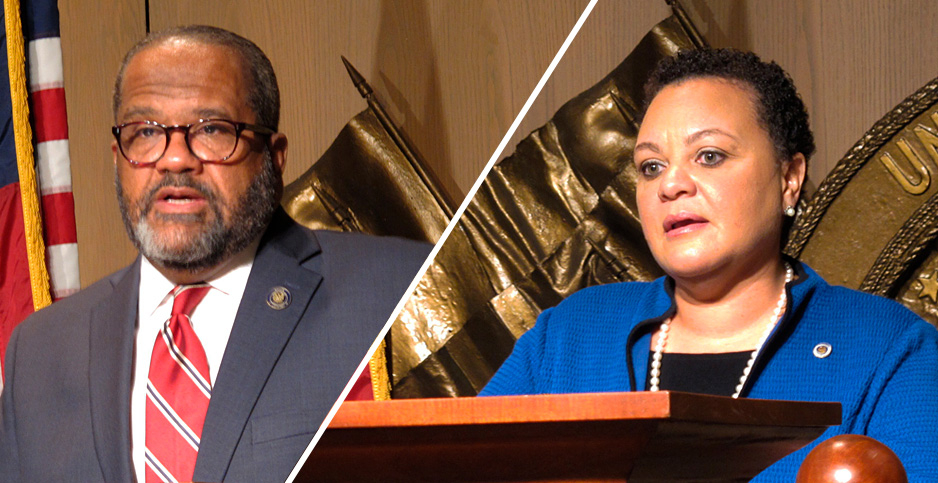 This weekend’s special House election in southern Louisiana is a contest between two starkly different visions for an area dominated by the oil, natural gas and petrochemical industries.

Two Democratic state senators, Karen Carter Peterson and Troy Carter, are vying for the spot in the 2nd District, a majority-Black constituency that includes parts of New Orleans, Baton Rouge and areas between, including the pollution-heavy area dubbed "Cancer Alley" for high cancer rates blamed on heavy industry.

The seat was left open earlier this year when Cedric Richmond left to take a top White House job with President Biden.

The Saturday race is a runoff, after none of 15 candidates obtained a majority in last month’s initial election.

Peterson is presenting herself as the progressive choice, advocating for the Green New Deal and a quick transition away from petrochemicals, as well as the oil and gas development in the Gulf of Mexico that uses New Orleans as its base.

"People have come to rely upon the industry for economic growth and opportunity. And it’s been at the expense of many people’s health, well-being and quality of life. And over time, that’s had a disproportionate impact on African American communities in the district," she told E&E News in an interview.

"What I’m offering in my platform — and hopefully leadership, as the next congresswoman from this district — is a bold and courageous stance against environmental injustices," she continued, advocating for new development around industries like solar and wind power, including offshore wind.

Peterson has the support of the League of Conservation Voters Action Fund, whose affiliate the LCV Victory Fund last week launched a $400,000 advertising campaign to help her (E&E Daily, April 16).

Carter has Richmond’s support, as well as from the AFL-CIO, the Seafarers International Union and other labor organizations, and numerous members of Congress.

Carter is framing himself as a more practical candidate who can still accomplish big progressive feats. He supports Biden’s ongoing pause on new oil and gas leases in the Gulf and elsewhere — though he insists it ought to be temporary — and envisions an eventual transition away from fossil fuels, but he put significant value on the current industry.

"After having four years with the Trump administration, where EPA and those things were essentially shelved, benched, [I support efforts] to get in and to think about, thoroughly, what it looks like and how we ultimately wean ourselves off of fossil fuels," Carter said of the leasing pause, speaking last week in a debate against Peterson hosted by The Times-Picayune and other outlets.

"But let’s also make sure that we have to understand the significance of oil production in Louisiana," he continued.

"Twenty percent of our strategic reserve for the country is in the state of Louisiana," he said. "So we can’t ignore that and just act as if that’s not real. We all recognize that we want a cleaner and greener economy. I certainly do, and I will continue to fight for that. But we have to do it in a way that’s smart."

Carter’s campaign didn’t make him available for an interview with E&E News.

In her interview, Peterson called it a part of a "false choice" narrative to say a quick transition from fossil fuels threatens jobs, and she argued that Green New Deal-style policies would be a boon to southern Louisiana.

"I think this is our fight and our time to lay out a framework for future generations that is technologically advanced, as well as reflective of the climate crisis," she said.

Carter got the most votes in the March election. With his endorsement from Richmond and his policy platforms, his candidacy is largely seen as an attempt to continue Richmond’s legacy.

Climate and environmental activists have long charged Richmond with being too close with fossil fuel interests and say he ignored their needs in Congress (Climatewire, Nov. 18, 2020).

Peterson opposes the plant and has called the Army Corps of Engineers to revoke its permit, while Carter hasn’t come out against the facility but wants it and other industrial plants to be subject to more strict enforcement measures.

In the debate last week, Carter said Peterson has worked for Dentons, "the largest firm that represents maybe not Formosa, but Formosa-type plants all over the world," referring to BP PLC.

In a testy exchange, Peterson accused Carter of "fake news" and defended her work at the law firm, saying she’s never represented an oil or gas company.

"For too long, polluters have gotten rich at the expense of south Louisiana communities — especially the communities of color suffering on the frontlines of toxic pollution in Cancer Alley," Pete Maysmith, LCV Victory Fund’s senior vice president of campaigns, said in a statement.

"Karen Carter Peterson has experienced some of the worst impacts of climate change and toxic pollution first hand and she is the passionate leader we need to deliver climate and environmental justice for the residents of Louisiana’s 2nd Congressional District."