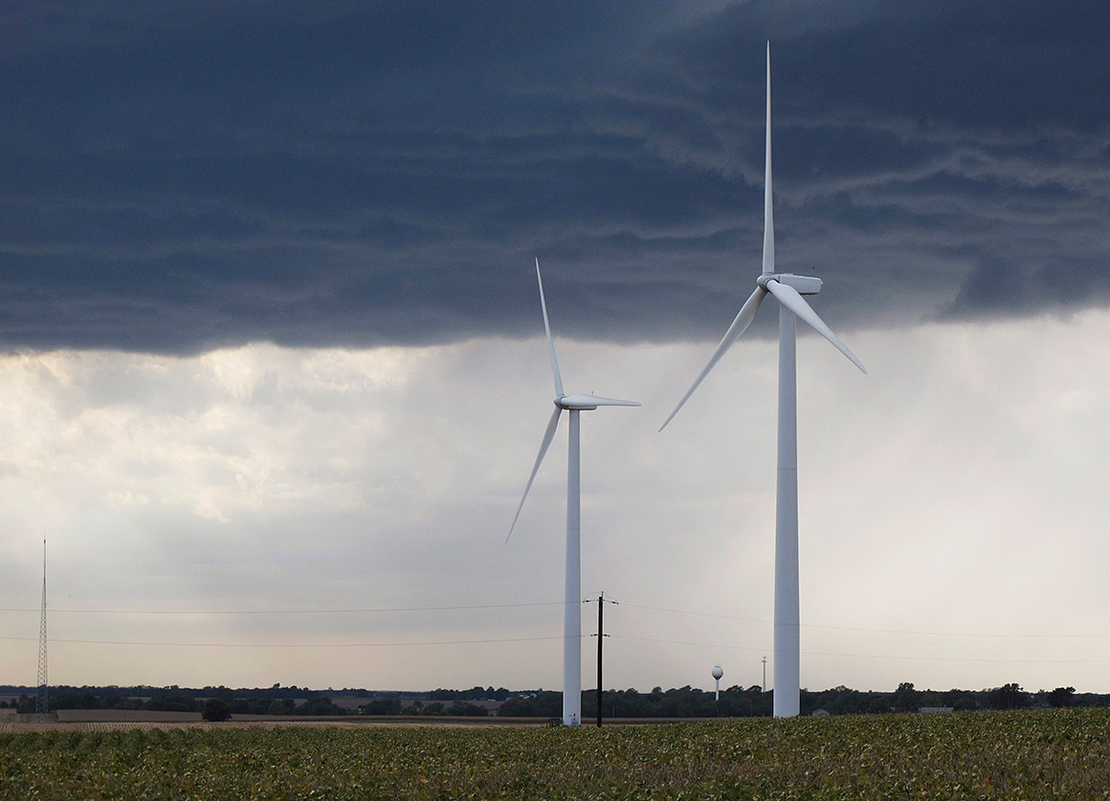 After struggling for years to meet its clean energy goals, Illinois is poised for a wind and solar boom after the General Assembly gave final approval to sweeping legislation that will authorize more than a half-billion dollars a year in renewable spending.

The state Senate yesterday voted 37-17 to approve S.B. 2408 and send it to Democratic Gov. J.B. Pritzker, who is set to sign the landmark energy legislation today.

The 960-page bill, dubbed the "Climate and Equitable Jobs Act," has been years in the making. Its approval came on the last day possible before Exelon Corp. pledged to make good on its threat to shut down the Byron nuclear plant in northern Illinois, which the company said wouldn’t be financially viable without subsidies.

Passage of the climate legislation also came as President Biden has laid out a goal of decarbonizing the nation’s power sector by 2035. While the Illinois bill would achieve a carbon-free electric grid a decade later, by phasing out coal and natural gas power plants by 2045, backers say S.B. 2408 represents an important step forward.

“I am very proud and pleased to see that Illinois is going to be one of the leading states in the nation when it comes to addressing climate change,” Pritzker told reporters yesterday at a news conference. “This climate bill, this energy bill really is transformative.”

While debate over support for Exelon’s nuclear plants and, more recently, a squabble over the timeline to phase out the use of fossil fuels for power generation consumed most of the public attention, the boost in wind and solar spending is arguably the centerpiece of the bill.

What’s more, backers say the bill is notable also for the equity provisions and labor standards that seek to ensure the benefits of the transition away from fossil fuels are shared by residents across the state.

“Illinois is the first state in the country with a climate action plan that centers equity and economic investments in clean energy to help communities that need them the most,” said J.C. Kibbey, a clean energy advocate for the Natural Resources Defense Council.

At the bill’s core are provisions that increase Illinois’ renewable standard to 40% by 2030 and 50% by 2040. The current renewable requirement — 25% of electricity by 2025 — was established more than a decade ago, and the state has struggled badly to keep up with the goal.

A recent report by the Illinois Power Agency showed the state’s electricity supply had reached just 8% renewables last year despite the 2016 passage of the Future Energy Jobs Act (FEJA) that was meant to help close the gap.

Environmental advocates said FEJA represented an important step toward establishing more aggressive clean energy goals in the bill that passed yesterday by getting the renewable program working again and demonstrating that the market — specifically the solar industry — could respond to demand quickly.

“It showed that the industry was not only able to meet the demand, but then some,” Kibbey said.

Supporters of the most recent bill said FEJA was successful in getting the renewable standard working while establishing new programs — including the Illinois Solar for All program — that are focused on equity.

MeLena Hessel, a senior policy advocate for the Environmental Law & Policy Center, said she’s confident the work done in recent years will enable the state to meet the more ambitious goals laid out in S.B. 2408.

“I feel pretty good that this will get us where we need to be,” she said. “We obviously won’t catch up in the blink of an eye.”

The measure directs the Illinois Power Agency, the state agency responsible for procuring energy for Illinois’ investor-owned utilities, to spend an estimated $580 million a year on renewable energy credits for new solar and wind projects. That’s more than double the current $230 million a year being collected from ratepayers for renewable incentives.

The legislation also rescues about $300 million in incentive funds that were collected from electricity customers under FEJA but had been set to be refunded to customers beginning Sept. 1.

Sen. Michael Hastings (D), who led negotiations as chair of the Senate Energy and Public Utilities Committee, said the bill would cost the average residential ratepayer in the state an additional $3.55 a month, while industrial customers would pay an extra $3,000 a month. Those figures are far below what critics have estimated.

"I’m not playing hide the ball," Hastings said, adding that some provisions of the bill would offset the price tag by reducing some energy costs.

"The question is do we do something or do nothing," he said, suggesting that the cost of the status quo would be far greater, beginning with nuclear jobs and economic benefits that would be lost if Exelon’s nuclear plants shut down prematurely.

Among the biggest beneficiaries of the bill is the Illinois solar industry after funding for many categories of projects dried up last year.

More than 7,000 distributed and community solar projects across the state have been waitlisted because of a lack of funding.

The bill’s passage came as welcome news for solar installers like Lisa Albrecht, the founder of All Bright Solar in Chicago.

Albrecht has worked in the industry since 2007. She founded her own company, which is focused on the residential and small commercial market, after FEJA became law five years ago.

The latest legislation to restore and increase solar funding is encouraging for Albrecht but also presents a new challenge for the industry when it comes to the backlog of projects.

“Now we have the challenge of playing King Solomon and deciding which projects go first,” she said.

Prices for some materials, like copper wire, have risen since some of her projects were sold in December, and they’re no longer profitable. And businesses like hers must hire and train workers to meet what will be an uptick in demand.

“It’s going to be a little bit bumpy," Albrecht said. "It’s not like turning on a light switch.”