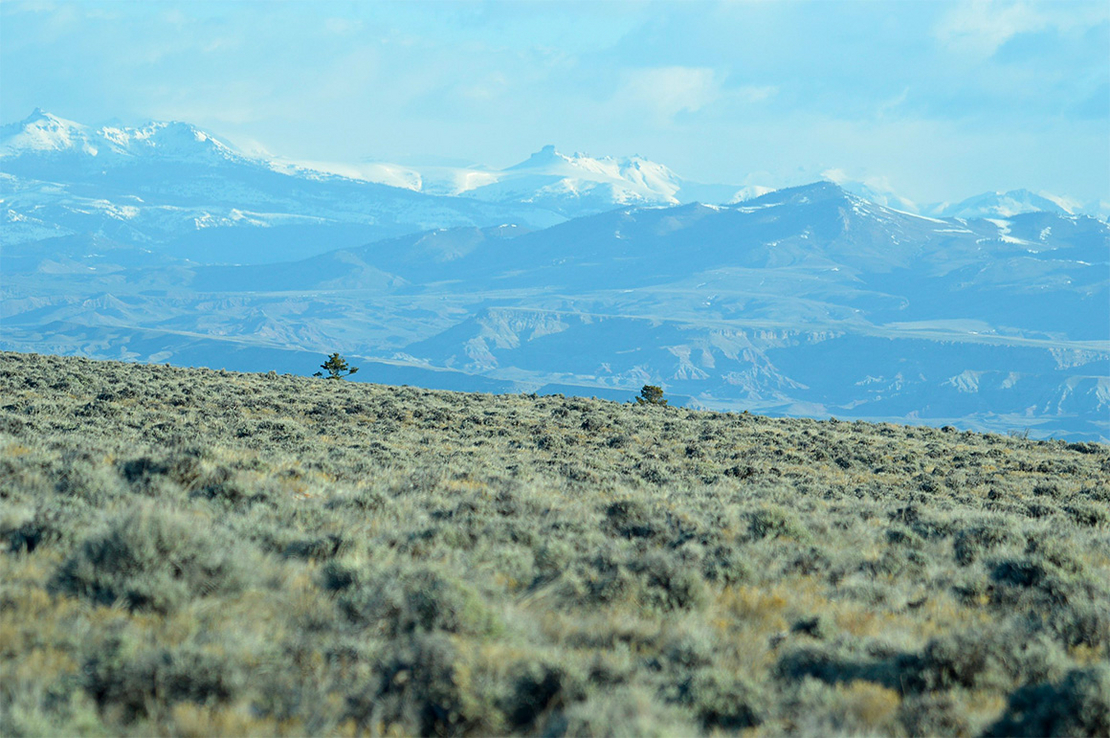 A Dallas-based oil and gas company is asking EPA to allow it to inject millions of barrels of briny wastewater from thousands of planned wells on Wyoming public lands into a deep water aquifer.

The proposal from Aethon Energy has been complicated for years over the question of what to do with the wastewater, with environmental groups saying the oilfield waste could contaminate future drinking water sources.

Bone-dry Wyoming is no stranger to water wars from fossil fuel development, such as accusations in the early 2000s that water from coal bed methane polluted surface waters. The state has said the produced water from the coal bed methane boom had little impact on water quality.

Disputes can even bubble up to the national level, as when the Obama administration’s EPA found a possible correlation between hydraulic fracturing and polluted drinking water outside the small town of Pavillion. That finding continues to be disputed, with the state repeatedly concluding that fracking was not to blame (Greenwire, Dec. 27, 2019).

The Aethon Energy and Burlington Resources Oil and Gas Co. project is not far from Pavillion. In 2020, the Bureau of Land Management gave the companies approval to expand production of the Moneta Divide oil field. The project calls for drilling up to 4,250 wells.

Roughly 67 percent of the land is managed by BLM, while 10 percent is Wyoming state lands, and the remainder is private.

Over its 65-year life, the Moneta Divide project is expected to produce 18.16 trillion cubic feet of natural gas and 254 million barrels of oil. It would also produce tremendous volumes of salty water — up to 1.4 million barrels a day at peak production.

Over the years, Aethon has deployed or proposed various strategies to dispose of its water waste, including releasing diluted water into nearby creeks, treating the water and using shallow injection wells. But to manage the volumes of produced water projected as production ramps up at Moneta Divide, the company says it needs to inject wastewater into deep formations.

The state over the summer referred the matter to EPA for concurrence, a final step before approval.

Aethon did not respond to multiple requests for comment. In a state hearing in 2020, the company argued that it would be “economically or technologically impractical” to tap the Madison, as well as the Amsden formation, for fresh water because they are very deep and far from population centers. The company also said the water in the Madison aquifer already contains traces of benzene.

“Even in the worst-case-scenario, the water injected into the Madison formation would remain at depths of more than 12,000 feet,” Aethon reported, citing a study done on behalf of the company by the engineering firm Tetra Tech. In Tetra Tech simulations, most of the wastewater, which would fill an area up to 3.2 miles in diameter, stayed in the Madison formation.

Whether that’s a limited enough impact for EPA is yet to be seen.

The agency permits limited aquifer pollution via oil and gas waste wells depending on a host of factors, like whether a reservoir holds water viable as a future drinking water source.

Rich Mylott, a spokesperson for EPA Region 8, said the agency is still reviewing Wyoming’s request for agreement on the injection well. He said the agency will review the state’s comments and public comment before its final decision.

“Typically, complex requests like this one can take some months,” Mylott said in an email.

The proposal to use an injection well into the Madison at the site has been divisive in Wyoming since it was proposed in 2011, then again in 2013, when the prior operator of the oil field, Encana, sought to expand development.

State regulators at the Wyoming Oil and Gas Conservation Commission had largely rejected the idea until 2020, when the commission in November voted 4-1 to approve the aquifer exemption. But the state didn’t forward that decision to the EPA for the necessary concurrence until this past summer.

The state did not provide a reason for that delay by publication deadline.

In 2020, the sole “no” vote on the state commission came from Erin Campbell, the state geologist. Campbell declined to comment for this article but confirmed via email her position during the hearing when she called the proposal a “gamble.”

“Do we want to risk contaminating a viable aquifer?” she asked the other commissioners, according to reporting by WyoFile. “I’m reluctant to jeopardize our future water needs.”

Jill Morrison, a volunteer with the Powder River Basin Resource Council, which opposes the injection well, said in an interview that Wyoming’s water resources are only going to become more valuable with a changing climate.