Law could trigger ‘biblical changing of the guard’ 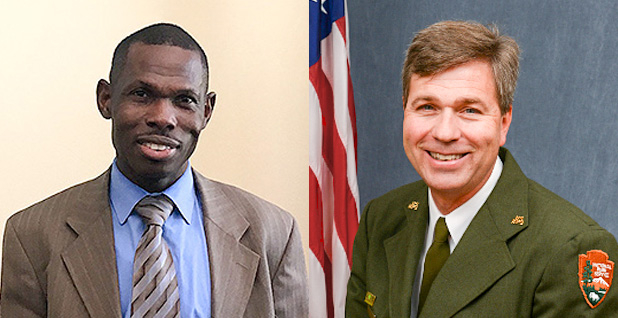 So what happens after the deadline comes next week? It’s complicated.

Under the law, Senate-confirmable offices without nominees will not be able to perform the office’s specific duties or functions assigned under statute or regulation, according to a recent Congressional Research Service report.

But experts say it’s not entirely clear whether or how the administration will carefully step around the issue.

"It’s a peculiar set of circumstances," said Steven Aftergood, director of the Project on Government Secrecy at the Federation of American Scientists. "If an official takes some kind of action that he or she is no longer authorized to do, it might take a lawsuit from an affected party, like someone who’s being regulated, to block that action."

"You can tie up an administration forever by challenging illegal actions made by people who are performing the duties of an acting without actually being appointed as such," Light said. "I’m saying it’s very serious. If they understood the law, they would be taking it seriously because the failure to pay attention to the statute would undermine their ability to ‘undo’ as well as ‘do’."

EPA officials say they’re not concerned about the change in responsibilities for the agency’s acting officials affected by the Vacancies Act’s deadline.

"I’m not worried about legal vulnerabilities about the fact that people cannot be acting AAs if there are no nominees. We know how to lead the agency and the programs, notwithstanding the limitations on who can be acting at a particular time," Kevin Minoli, EPA’s acting general counsel, told E&E News.

"On the 16th, no one can be acting. That’s consistent with our understanding."

That’s because the 300-day clock starts ticking when a vacancy occurs following the first-term inauguration of a president — not when an acting official begins serving.

Some agencies’ Senate-confirmed officials, like chief financial officers and inspectors general, are exempt from certain provisions of the act to keep their functions independent from agency heads.

When the Vacancies Act’s 300-day clock runs out during a transition year, no officials can act in the empty office without a nominee named. An official can perform the nonexclusive duties of a Senate-confirmed position but cannot do its exclusive functions, which are assigned to that specific office by law or regulation. Agency heads then may have to step in to perform those exclusive duties.

Greg Sheehan, a former Utah state official, was acting Fish and Wildlife Service director for part of the summer. Career FWS employee James Kurth is now the current acting director; there’s no nominee to replace him.

Also potentially in flux is John Stephen Binkley, a career official who was tapped to serve as DOE’s acting director of science. Trump has yet to name a nominee for the office.

EPA also has several career employees serving in the agency’s top political posts on an acting basis since Inauguration Day, as named in an internal memo before the changeover in administrations.

Since January, Barry Breen has been EPA’s acting assistant administrator for land and emergency management, which oversees the toxic waste site cleanup program known as Superfund, a Pruitt priority.

Trump also has not nominated someone to lead EPA’s Office of Research and Development. Jennifer Orme-Zavaleta replaced Robert Kavlock as acting research chief when he retired earlier this month.

There is also no nominee waiting to replace David Bloom, EPA’s acting chief financial officer, but as the agency’s top financial official, he is exempt from certain provisions of the Vacancies Act.

The president has nominated people to lead EPA’s air, chemicals, enforcement, general counsel and water offices as well as for deputy administrator. Acting officials can then hold onto those jobs as long as those nominations are pending before the Senate.

"We hope the Senate will provide EPA with the necessary leadership to implement the president’s environmental agenda to protect our nation’s air, land, and water. In the meantime, existing career and political staff will continue to work together to lead the agency’s programs consistent with the authority provided by the law," she said.

Bowman added that Pruitt may have to perform some functions at the agency past next week’s deadline as acting officials return to their prior jobs.

Minoli said EPA will be working with its program offices that have vacancies to ensure they’re in accordance with the law.