Lawmaker who admitted to lying made carbon capture claims 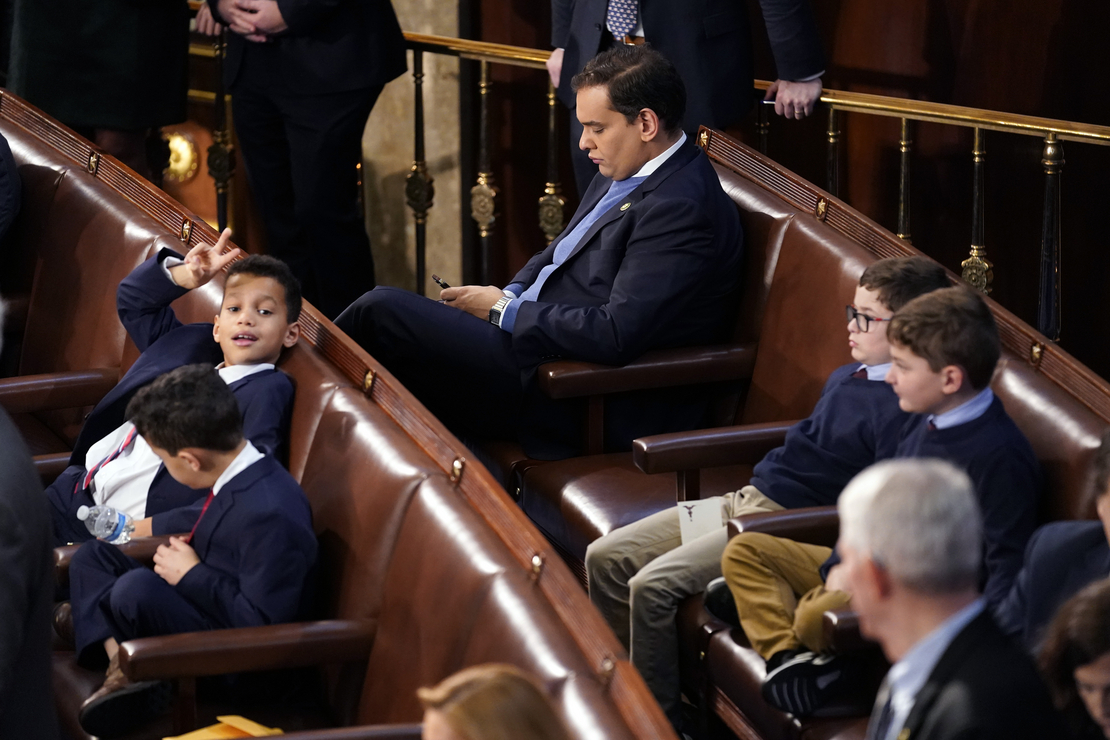 Rep.-elect George Santos (R-N.Y.) sits in the chamber during opening day of the 118th Congress at the U.S. Capitol on Tuesday. AP

Rep. George Santos has admitted to misleading his constituents about working at Citigroup and Goldman Sachs and to lying about his educational credentials. He also falsely claimed that his mother died on Sept. 11.

Then, there are his climate falsehoods.

Before he was elected as a Republican in the November midterms, Santos claimed that he had helped develop carbon capture technology, that he played a major role in oil and gas development and that he admonished officials with Goldman Sachs Group Inc. who supported renewable energy.

Last week, Santos admitted to “embellishing” his resume after The New York Times first reported on his false claims. He faces at least three criminal probes, including one in Brazil for alleged check fraud.

The fabrications by Santos, 34, who could be sworn in as a New York congressman as soon as Wednesday, are unlikely to tarnish the Republican Party’s agenda on energy and climate, said Doug Heye, a longtime GOP strategist and a former spokesperson for the Republican National Committee.

History is littered with politicians who embellish their resumes, said Heye, who described Santos as an extreme example.

“On both sides of the aisle, we’ve attracted people who are more about personality than policy and a lot of them are cartoon characters and our incentive structure only seems to reward that,” Heye said. “He’s just taken it to an extreme level that has made him the focus of things because of insane lie after insane lie.”

On Tuesday, at the outset of a two-year term, Santos appeared relatively isolated. He got lost and couldn’t find his office as a pack of reporters followed him down the hallway of the House office building asking if he would resign. Some of his fellow Republicans appeared to steer clear of him on the floor. And he stared at his phone as he cast a vote in support of Rep. Kevin McCarthy (R-Calif.) as House speaker.

Santos did not respond to a request for comment.

From the beginning of his candidacy for New York’s 3rd District seat on Long Island, Santos offered misleading or false claims about his role in the energy industry.

For example, Santos appeared on a podcast at the Conservative Political Action Conference, known as CPAC, in which he criticized President Joe Biden’s climate change agenda before claiming he played a role in developing carbon capture technology.

“Allow our men and women who are out there drilling responsibly with carbon capture technology that I’ve helped develop, that I’ve helped fundraise for in my career,” he said. “I’ve had a very extensive role in gas and oil in this country, and I can tell you we cause far less harm to the environment than the occasional accident.”

In the summer of 2022, Santos appeared on a Newsday podcast and said that he had stood up at a Goldman Sachs conference and told the crowd that renewable energy was a “scam.” That story appears to be false, CNN reported.

“Have you ever heard of a Goldman Sachs employee take the stage at the largest private equity conference in the world — SALT, run by Anthony Scaramucci — and berate their employer? Well, I did that,” Santos said. “And I did it in the fashion of renewable energy and global warming. This was the panel I was on. And they’re all talking about solar, wind, and this was back, what, seven years ago now? And I said, you know what, this is a scam. It’s taxpayer money that gets subsidized.”

Santos has also leaned into climate denial while attacking Democrats, claiming that human-caused climate change is part of a natural cycle.

“AOC and the progressives have 0 understanding of how the Oil & Gas industry has done more for the environment than the government ever will,” he tweeted in December 2021, referring to Rep. Alexandria Ocasio-Cortez (D-N.Y.). “By the way it’s called CLIMATE CYCLE and we need to accept that FACT.”

“Screw the environment and the Green New Deal because if there’s no people, if we’re not saving our people from this atrocious situation we’re in, what good is the environment going to do for us,” he said on the conservative podcast “Police Off The Cuff.”

“It’s all fun and games until you have to charge your electric tank on the battlefield. Green energy doesn’t work in a war and Joe Biden should NOT be spending BILLIONS of OUR money on this nonsense!” he tweeted before the election.

At times, Santos has sounded like a mainstream Republican when speaking about climate policy, by emphasizing innovation over regulation.

“We need to seek INNOVATIVE ways to create climate friendly solutions without destroying the economy. It can be done!#ClimateAction,” he tweeted in July.