Lawmakers back to deal-making on permitting, spending 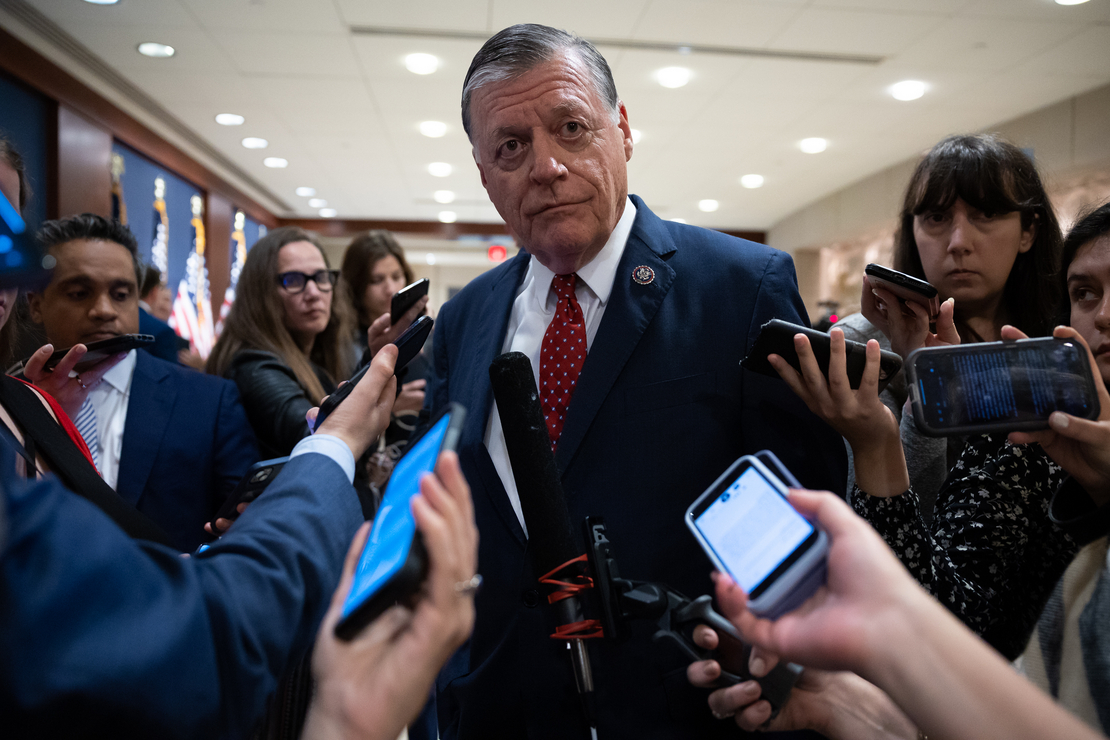 Lawmakers are intensifying negotiations on a spending package and permitting reform ahead of a busy rush to the finish line in December.

“We’re working every way we can,” Manchin said as Congress returned to work Monday. “This needs to be passed.”

Manchin and other lawmakers want to streamline the approval process for both fossil fuel and renewable energy projects and want the compromise legislation to ride on the National Defense Authorization Act, which already includes an array of energy and environmental provisions.

Lawmakers, for example, are poised to use the must-pass defense bill to approve the latest water projects authorization bill, the Water Resources Development Act, or WRDA.

And many Republicans have resisted Manchin’s permitting proposals, arguing reform legislation should be more aggressive. The GOP has also resisted joining a deal that Manchin hatched with Democratic leaders in exchange for his support of the Inflation Reduction Act.

Rep. Jared Huffman (D-Calif.), one of the progressive permitting reform opponents, said it’s “hard to say” whether the permitting push would have enough votes in the House as an attachment to the NDAA.

“The NDAA is already going to be combined with WRDA,” Huffman said. “You’ve got to put a pretty complicated algorithm together for that.”

Sen. Martin Heinrich (D-N.M.), who has supported permitting reform as a means to build out clean energy, said it’s “too early to tell” if the effort will pan out.

“It’s one of those interesting places where it’s not the substance that has tripped all this up,” Heinrich said in an interview Monday. “So that makes it harder, for me at least, to sort of game out what the odds are.”

The Senate launched debate on its version of the NDAA last month but set aside the effort to deal with nominations and gay marriage. The chambers may end up crafting a final defense bill behind closed doors.

‘Getting to yes’ on spending

Top appropriators said Monday that they continued negotiating over the recess but have not yet agreed to a top line for a fiscal 2023 omnibus spending bill. They also remain at odds about additional aid to Ukraine and for Covid-19.

Current government spending runs out Dec. 16 after lawmakers agreed to a short-term continuing resolution at the end of the fiscal year.

Republicans, however, may not be willing to cut a deal ahead of the Dec. 6 Senate runoff election in Georgia. And because it appears they will win back the House, they may seek to force a punt on spending until the new year to get more leverage over the process.

Senate Appropriations Chair Patrick Leahy (D-Vt.) acknowledged “it’s possible” that the runoffs could affect omnibus deal-making, but he indicated leadership on both sides of the aisle is supportive of getting to an agreement by December.