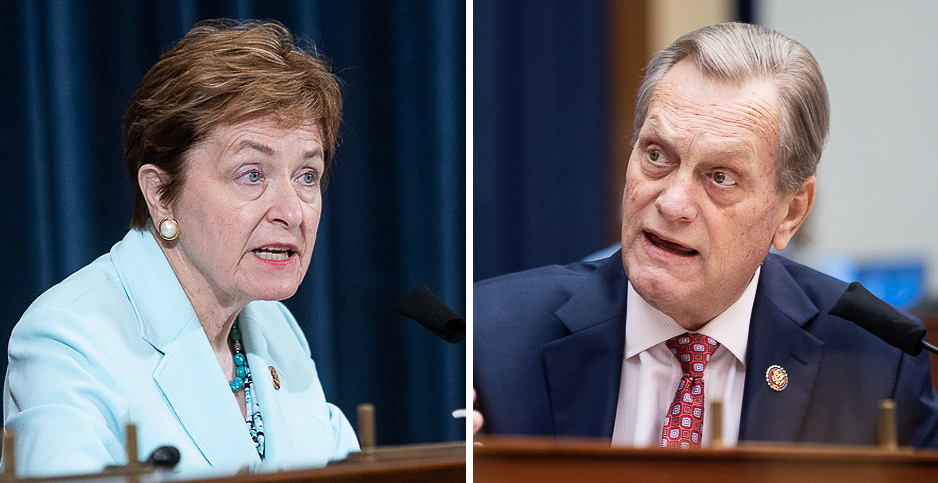 House appropriators called on President Biden yesterday to reverse his proposed funding cuts for the Army Corps of Engineers at a virtual hearing that was interrupted by audio glitches and movie soundtracks playing loudly in the background.

Rep. Mike Simpson of Idaho, the subcommittee’s ranking Republican, said administrations from both parties have pitched cuts to the agency, which oversees sprawling restoration projects, water permitting and operates dams across the nation.

Appropriators on the subcommittee, he added, have continuously pushed back. "I suspect that’s going to be the case again this year," said Simpson.

But before many members could detail funding needs for their specific districts, the hearing was interrupted by the sound of splashing, yelling and music from movie soundtracks that overwhelmed speakers at times.

Observers identified some portion of the movie "Down Periscope," while others noted that members’ voices were mingled with sounds from the movie "Galaxy Quest," a sci-fi comedy.

Evan Hollander, a spokesperson for the committee, later tweeted that the issue was tied to the House Recording Studio feed.

"While the hearing itself was free of any disruption, HRS apparently decided to add a movie soundtrack over the discussion of energy and water projects," he wrote.

After Democratic Rep. Marcy Kaptur of Ohio, the subcommittee chair, recessed the hearing for a short period of time to address the audio problems, Hollander tweeted: "And we’re back, this time sans Galaxy Quest."

As the hearing moved on, Kaptur called for the Army Corps to be fully funded and reiterated that the agency is facing a multibillion-dollar backlog.

"Generally. administrations submit a budget to us and underfund the corps, because they know how popular the corps is and Congress will fix it," she said. "Well shame on them."

The Army Corps declined to comment when asked which projects have been congressionally approved but remain unfunded, but a report last year from the Congressional Research Service found that the Army Corps’ "construction backlog" includes $96 billion worth of projects that lawmakers have authorized but are at a standstill.

Kaptur has said she wants to use a moving infrastructure package on the Hill to erase the agency’s backlog of projects and has received support from Transportation and Infrastructure Chair Peter DeFazio (D-Ore.) (E&E Daily, March 1).

Kaptur yesterday said the Army Corps is also constrained somewhat internally by staffing issues and said the agency has been "so slow" on environmental restoration.

The Ohio lawmaker said she learned that the Army Corps has "almost no environmental engineers" on staff, which affects how nature-based projects are prioritized. "It’s a problem for us all over the country," she said.

Lawmakers during the "members’ day" hearing laid out priorities for Kaptur and Simpson, and shared how their respective regions are experiencing climate change — from floods and fires to drought and drastic sea-level shifts.

Some also touched on the need for projects to boost dredging, make projects more resilient and thwart the spread of invasive species.

Rep. John Moolenaar (R-Mich.) called on appropriators to ignore Biden’s proposal and fund the Army Corps at or above last year’s levels, including $5 million for the Brandon Road Lock and Dam project, which is seen as critical to thwarting the spread of Asian carp and other invasive species in the Great Lakes.

Rep. Kim Schrier (D-Wash.) called for more federal funds to flow to the Yakima River Basin Water Enhancement Program in her home state — a project that Congress authorized in 2019 to ensure sufficient water supplies in the Yakima River Basin, a tributary of the Columbia River in Washington state.

Schrier said the state has already spent $244 million in a cost-share agreement but more federal funds are needed.

"We do not yet know the President’s Budget Request for the Yakima River Basin Water Enhancement Project and whether critical priority projects are included in that request," she wrote in prepared remarks.

"It is my hope that this Committee will work with the President and local stakeholders to ensure these efforts are fully funded."