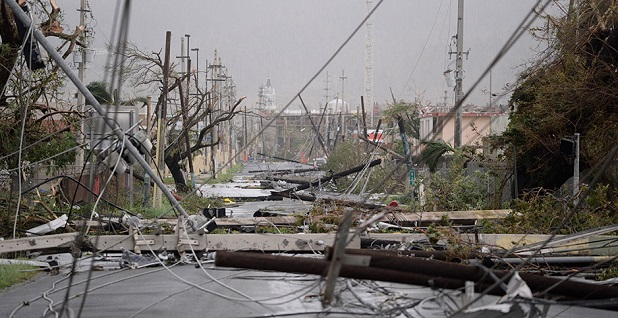 Lawmakers of both parties are calling for an investigation to determine why a small Montana construction firm won a $300 million contract to rebuild Puerto Rico’s power grid.

Rep. Rob Bishop (R-Utah), chairman of the House Natural Resources Committee who is traveling to Puerto Rico this week, and the panel’s ranking Democrat, Rep. Raúl Grijalva of Arizona, are both calling for a closer look at the contract.

Parish Braden, a spokesman for the committee, said the "size and unknown details of this contract raises numerous questions," adding that the Whitefish contract is "one of many things the committee is taking a close look at as it continues to work with the resident commissioner, governor’s office and oversight board to ensure Puerto Rico’s recovery is robust, effective and sustained."

"Congress needs to understand why the Whitefish contract was awarded and whether other more cost-effective options were available," he said.

PREPA officials balked at the high upfront price demanded by at least one other contender for Whitefish’s multimillion-dollar contract, according to Ramos’ account. The utility has been in dire financial straits for years, a circumstance that officials claim has complicated recovery efforts and contributed to PREPA’s decision not to request help from mainland public power utilities (Energywire, Oct. 13).

Whitefish has said Trump administration officials were not involved in its contract with PREPA. Zinke’s hometown connection with Techmanski has been described by all parties as unrelated to the transaction.

"There was no involvement by federal officials because they would have no reason to be involved," said Chris Chiames
, a spokesman for Whitefish. "This wasn’t a contract with federal agencies, PREPA wasn’t at that point seeking the endorsement from any federal agencies for who they should hire."

"Someone from PREPA and I don’t know who … had access to a satellite phone and began making phone calls to various contacts. Andy was on the list because he had recently talked to them," Chiames said. "They reached Andy, he took the call and said he’d come down right away to see how they could help."

PREPA’s contract with Whitefish allocates up to $300 million over two years to restore Puerto Rico’s flattened power grid, according to a copy of the document signed by Techmanski and Ramos on Oct. 17. PREPA had initially awarded $3.7 million to Whitefish on Sept. 26 to get the first wave of workers on the ground.

Representatives for Whitefish have said the small company’s business model relies on hiring out small armies of subcontractors, and the Puerto Rico recovery is no exception.

Whitefish says it has deployed more than 300 workers on the island already, with plans to fly out an additional 700 from the mainland in upcoming weeks. The company has been posting photo and video updates to its Twitter feed showing the work repairing remote power lines and towers.

Under the terms of the contract, PREPA gets the last word on hiring any subcontractors selected by Whitefish.

PREPA’s decision to hire a little-known company for one of the biggest grid reconstruction projects in U.S. history has drawn criticism from several industry observers.

But some Puerto Rican officials, including Ramos of PREPA, have defended the decision. Ramos told reporters at a press conference outside San Juan yesterday that, if given the chance, he would do it all over again and still bring Whitefish onboard.

"[Whitefish] was the first that could be mobilized to Puerto Rico and the only [company] that did not ask for an immediate payment," he said in Spanish. "What I can tell you is that they’re doing an excellent job."

Ramos also pointed out that the utility is bringing on other contractors to restore the grid, and yesterday agreed to award $200 million to a subsidiary of another energy firm, Mammoth Energy Services.

Separately, the Army Corps of Engineers has been awarding multimillion-dollar contracts for grid repairs. The Federal Emergency Management Agency has pledged to review and approve funds for such work.

A FEMA spokesperson said the agency does not provide funding up front and has not yet received a request for reimbursement or awarded funds to PREPA for its work with Whitefish.