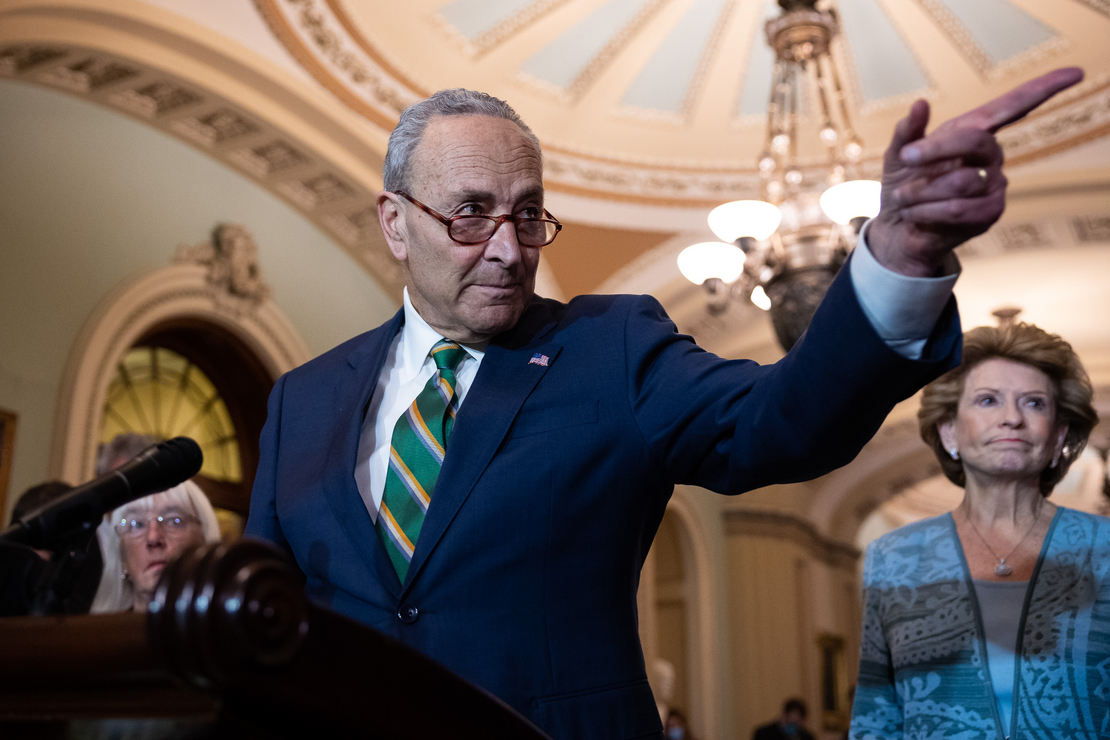 The morning votes were part of a deal announced last night by Senate Majority Leader Chuck Schumer (D-N.Y.) to address top priorities before a two-week recess. Democrats have been keen on confirming Jackson quickly, and both sides want to keep momentum against Russia.

The Senate passed H.R. 7108, to suspend trade relations with Russia, 100-0. Many lawmakers were hoping to pass the legislation weeks ago but were stuck negotiating specific provisions and possible add-ons.

One obstacle was language related to the Global Magnitsky Act, which allows the president to sanction individuals for human rights violations. The bill would extend the law as currently written following talks between Sens. Rand Paul (R-Ky.) and Ben Cardin (D-Md.).

Another stumbling block was H.R. 6968 to bar the import of Russian energy, including oil, gas and coal. Both sides support the bill, but Democrats called for tweaks to conform with President Joe Biden’s executive order on Russian energy imports. The bill passed the Senate 100-0 this morning.

The House had already passed both bills, but because of Senate changes, the House took them up again before sending them on to the president. They also received bipartisan support in that chamber.

Schumer said Russian President Vladimir Putin “must absolutely be held accountable for the detestable and despicable war crimes he is committing against Ukraine.”

After clearing the Russia votes, the Senate moved 53-47 to wind down debate on Jackson’s Supreme Court nomination before a final vote this afternoon. As expected, Republican Sens. Lisa Murkowski of Alaska, Susan Collins of Maine and Mitt Romney of Utah crossed party lines to support Biden’s pick.

Jackson, who is currently a judge of the U.S. Court of Appeals for the District of Columbia Circuit, has a long record as a moderate jurist who has ruled in favor of both Republican and Democratic administrations — including in environmental cases (Greenwire, Feb. 25).

During her confirmation hearings, Jackson faced partisan attacks about her sentencing record in child sex abuse cases and her views on gender identity and racism education in public schools (E&E Daily, March 24). Republicans called her a product of the far left.

“Today is a culmination of six weeks where this chamber has examined and debated and questioned Judge Jackson, her record and her qualifications,” said Schumer. “Every step of the way, the judge has proved herself exceptionally qualified and thoughtful and prepared to serve on the court.”

Jackson would be the first Black woman to serve as a Supreme Court justice. She would replace retiring Justice Stephen Breyer, for whom she once clerked.