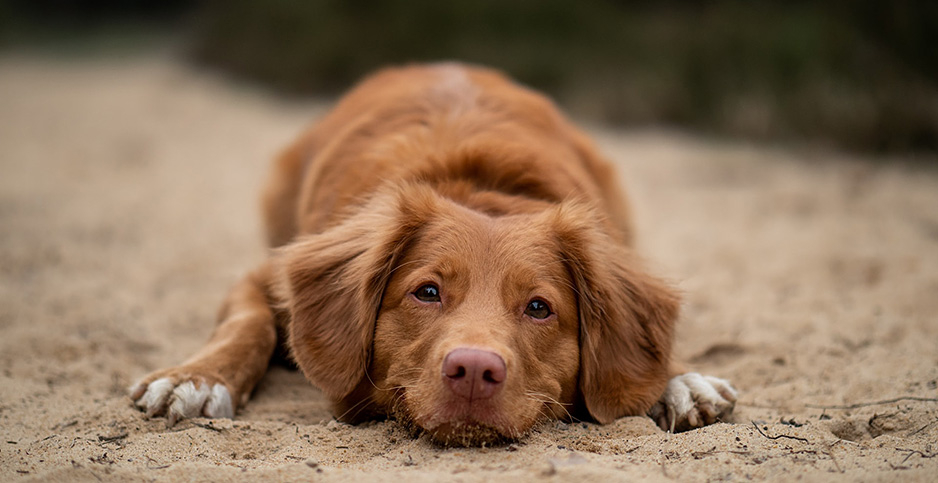 Lawmakers are looking into concerns about pesticides in pet collars. Jamie Street/Unsplash

In the requests, Krishnamoorthi cited recently disclosed documents from EPA indicating the pet collars have been connected to nearly 1,700 animal deaths. They are also linked to more than 75,000 incidents of animal harm and nearly 1,000 involving detrimental human health impacts.

"We believe that the actual number of deaths and injuries is much greater, since the average consumer would not know to report pet harm to EPA, an agency seemingly unrelated to consumer pet products. EPA receives complaints because the active ingredients in Seresto collars are pesticides," wrote Krishnamoorthi.

The Seresto collars combine two pesticides, imidacloprid and flumethrin. Advocacy organizations have argued that cocktail could be making the collars deadlier, and that more research is needed around the implications of combining those chemicals.

Noting that Seresto packaging "contains no disclaimer warning" regarding toxicity risks, Krishnamoorthi emphasized potential risks to animals and the public. He requested all consumer complaints and legal actions relating to Seresto, along with all relevant federal government and internal communications and sales information about the collars. The subcommittee chairman also asked for communications between Bayer and Elanco regarding transfer of liabilities stemming from the products.

Those documents are requested by March 31.

"For so many Americans, pets are part of the family, and during the pandemic we are increasingly turning to them for comfort," said Krishnamoorthi in a separate statement. "So, when a product is linked to the deaths of thousands of pets, protective action must be taken."

In response to a request for comment, Bayer noted only that the company had sold Bayer Animal Health to Elanco. A spokesperson for Elanco said the company stands behind the collars and does not believe they need to be recalled from the market. Elanco noted EPA regulates the collars and has approved them.

"Elanco is cooperating with the Subcommittee’s request and looks forward to explaining how the media reports on this topic have been widely refuted by toxicologists and veterinarians," the company said in a press statement. "Elanco believes that any further reporting on these matters should be based on the relevant science and facts."

Tony Rumschlag, senior director for technical consultants at Elanco, similarly argued that media reports have been "based on raw data and cannot be used to draw conclusions on what may have actually caused the issues."

A spokesperson for EPA said the agency "is in conversation with Elanco to better understand and address the incidents associated with its products." EPA also emphasized that consumers are encouraged to "read and follow" pesticide labels.

"EPA collects incident data to inform its risk assessments and takes reports of incidents like these very seriously," the spokesperson wrote via email, advising pet owners to connect with veterinarians or contact the National Pesticide Information Center if their animals experience health impacts.

Pesticides in pet collars have been an ongoing, under-the-radar issue for years. A separate contentious legal battle has pitted the Natural Resources Defense Council against EPA over tetrachlorvinphos, a pesticide used in Hartz Mountain Corp. pet collars.

NRDC has been fighting with EPA for more than a decade over the issue, taking the agency to court multiple times. In April of last year, a federal court ordered EPA to cease its delay and make a decision about those pet collars (E&E News PM, April 22, 2020). But the agency again denied NRDC’s petition to ban tetrachlorvinphos, and the organization again sued in September. NRDC confirmed recently that legal action is ongoing.