Lawmakers race EPA to the finish over souped-up cars 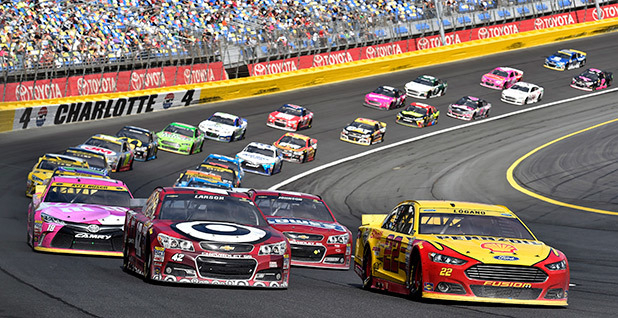 A U.S. EPA spokeswoman disputes that an agency proposal would make any significant change to the status quo. And a prominent motor sports magazine concluded that the agency "didn’t just outlaw your race car."

On Monday, Rep. Patrick McHenry (R-N.C.) introduced H.R. 4715, the "Recognizing the Protection of Motorsports (RPM) Act of 2016," which would bar EPA from regulating modified motor vehicles used for racing.

"Regulations that waste our money, time and resources are bad for jobs, but the EPA is going one step further to restrict our personal freedom," McHenry said in a news release. "Even if I didn’t represent Charlotte Motor Speedway and a whole lot of racing enthusiasts, I would be outraged by this ridiculous government overreach."

The provision in question is buried deep in EPA’s "Phase 2" plan to improve fuel efficiency and cut carbon emissions for buses, vans and heavy-duty trucks.

It would change existing rules to "account for differing policies for nonroad and motor vehicle applications," according to the proposal.

Under the Clean Air Act, tampering with emissions controls on racing vehicles has been barred for decades, EPA spokeswoman Laura Allen said in an email yesterday.

The proposed change is instead aimed at clarifying the difference between motor vehicles and "nonroad vehicles such as dirt bikes and snowmobiles," she said.

That’s not how the Specialty Equipment Market Association (SEMA) reads it. In a Feb. 8 news release, the organization — which represents makers of replacement auto parts — said EPA was seeking to prohibit "conversion of vehicles into racecars."

"The EPA’s new interpretation of the Clean Air Act would essentially rewrite the law and 46 years of policy and practice," Chris Kersting, the association’s president and CEO, added Monday in endorsing McHenry’s bill.

In an article posted on its website last month, Road & Track magazine commended SEMA for bringing the issue to light but noted that EPA included no enforcement mechanism in the draft regulations and concluded that there was little to worry about at the moment.

The article asked, "When was the last time you saw a track day, LeMons race, hillclimb, drag-strip meetup, or any other amateur racing event broken up by feds?"

While NASCAR isn’t commenting publicly, the organization also signed a memorandum of understanding with EPA four years ago highlighting "a shared interested in promoting environmental stewardship."

Even so, a lot of people are evidently uneasy about the broader ramifications. The petition on the White House’s "We the People" site calls on EPA to drop the proposed change and references the "joy and jobs" that the conversion of street vehicles into racers has brought to millions of people over the years.

As of yesterday, some 165,500 people had signed on, easily clearing the threshold needed to earn an eventual response from the Obama administration.

A Chaffetz spokeswoman did not reply to email and phone messages over the last two days. EPA is working on addressing his request, according to another agency representative who declined to comment on pending legislation.

EPA officials also recently sought public comment on the issues raised by SEMA; they plan to wrap up work on the emissions regulations later this year.